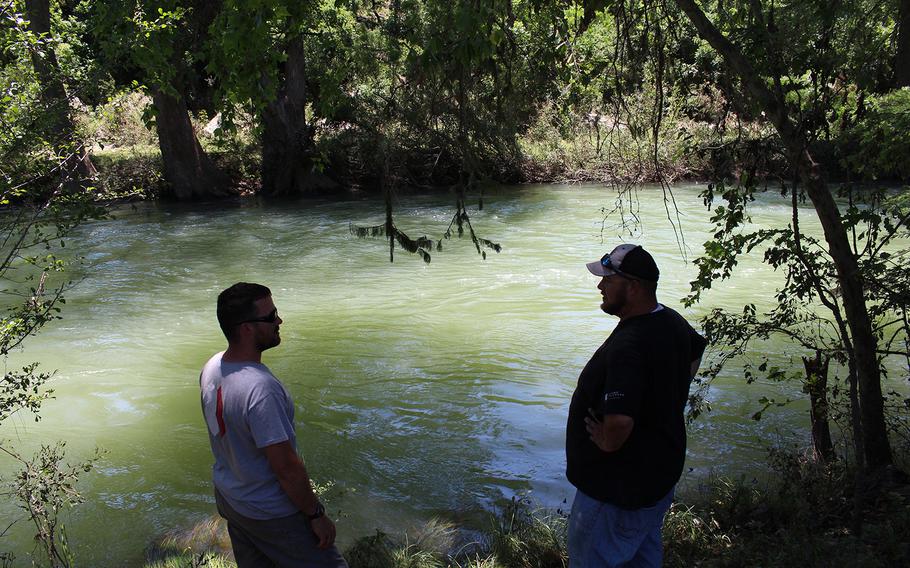 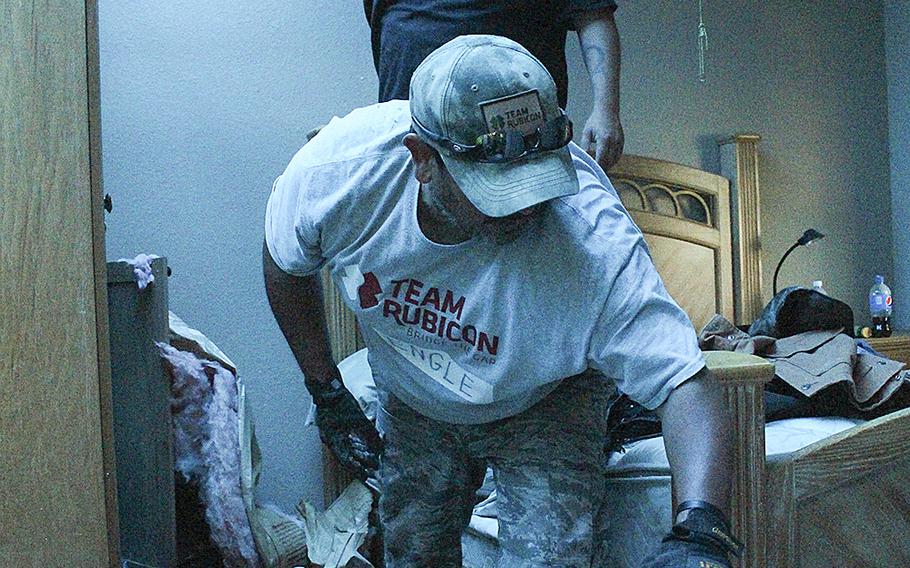 BANDERA, Texas — Barrett Frantzen stood on the bank of the Medina River and looked up at the gutted RV’s axles pointing toward the sky.

“This makes you appreciate what flood water can do,” said the 34-year-old chainsaw-toting Army veteran working with Team Rubicon, a veterans disaster relief organization.

Frantzen is one of the local volunteers mobilized after storms last week quickly dumped 10 inches of rain in the county, killing 16 people across the state and collapsing roofs and surging in low areas to uproot broad cedar trees off quiet back roads.

Bandera, which is about 40 miles northwest of San Antonio, and the surrounding area were affected by the storm that ravaged Fort Hood on Thursday, killing nine soldiers when their Light Medium Tactical Vehicle overturned at a low-water crossing.

Three soldiers, also in the vehicle when it overturned, were rescued by first responders and later released from the hospital on base. Officials have declined to say whether any of the soldiers were wearing body armor or packs that might have weighed them down, citing a pending investigation into the incident.

The deaths of nine soldiers hit close to home for the Team Rubicon volunteers, some of whom served at the post and have been close to its recent run of tragedies, including the day in November 2009 when Maj. Nidal Hasan opened fire on post, killing 13 and wounding 33.

Frantzen, who was deployed twice to Iraq as a tank crewman, with one deployment from Fort Hood in 2009 working in 1st Cavalry Division operations center, said the incident discouraged many troops in the unit who were in Baghdad. He speculated Monday that the flooding tragedy was a return to that feeling.

“The morale at Fort Hood must be crushed right now,” he said. “Just like after all the shootings and other accidents,” including a Blackhawk crash in November that left four soldiers dead.

The storm’s devastation compelled Frantzen to volunteer with Team Rubicon for the first time. The organization dispatches veterans to disaster areas around the world, transforming military skills and organization into humanitarian relief.

Frantzen linked up with veterans in the area to help clear out flooded houses and remove debris from destroyed vehicles. He knows the area and the people in need. He knows the bends of the Medina River by heart and can rattle off the local history of flooding going back 20 years. He felt valued here, putting his grit to use in helping others.

In one week, Team Rubicon, with 45 volunteers and community members, helped salvage and clean out 13 houses, saving thousands of dollars for homeowners, some of whom were still recovering from flooding last year.

It was a return to the pride of hard work and friendly needling that forms close bonds in the military. As Frantzen took a break for a video call to show his wife the progress of their work, a Marine Corps veteran piped up: “You just want to show her what you’re not doing.” The group howled.

The operation was also a first for Keith Schmidt, 46, a retired Army tank crewman who lives on the doorstep of Fort Hood in Nolanville. The destruction felt oddly familiar to him.

“It looked like a war zone” in Bandera, he said, describing obliterated homes and appliances stuck in trees. “Just total devastation.”

The smell took him back to this time in Baghdad with the 1st Cavalry Division, where the smell of putrid flood water was close to the odor of trash and open sewers.

“It feels pretty good to help people out here,” Schmidt said. “In one moment, people can lose everything.”

That’s especially true for Fort Hood, his former duty station. To live in central Texas is to know the destruction powerful storms can bring.

“We say train as you fight,” Schmidt said. “But to lose soldiers like that, it hurts everyone who was ever stationed there.”

As the operation wound down late Monday afternoon, the few remaining volunteers munched on chili hot dogs provided by a local restaurant.

These veterans are well versed in military training but also in natural disasters, with the flooding deaths a converging point between the two. They speculated on how the truck was overturned and who was accountable, especially with four soldiers with seven months of experience or less. One soldier just enlisted in December.

Whatever answers the investigation might bring, the human cost is staggering.

“We lost nine soldiers that could have made a difference,” one veteran said.

Frantzen agrees. As he stood on the bank of the overflowing Medina River, he reflected on the tragedy at home and Fort Hood.