Veterans’ money will help Filipino orphans near Clark Air Base 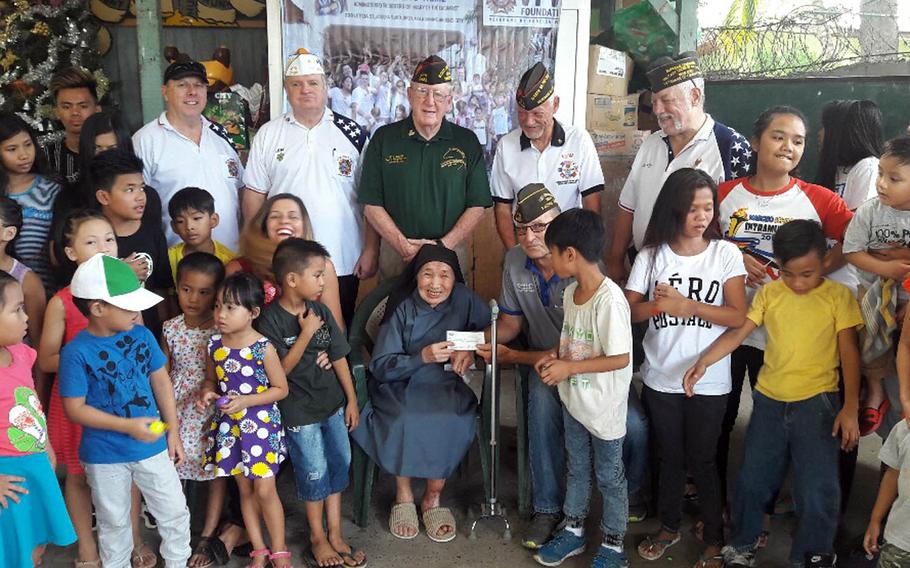 Members of Veterans of Foreign Wars Post 2485 in Angeles City, Philippines, pose with sister Alessandria Casas and orphans at Duyan Ni Maria Children's Home after donating $5,000 to the orphanage near Clark Air Base. (Courtesy of VFW Post 2485)

Members of Veterans of Foreign Wars Post 2485 in Angeles City, Philippines, pose with sister Alessandria Casas and orphans at Duyan Ni Maria Children's Home after donating $5,000 to the orphanage near Clark Air Base. (Courtesy of VFW Post 2485) 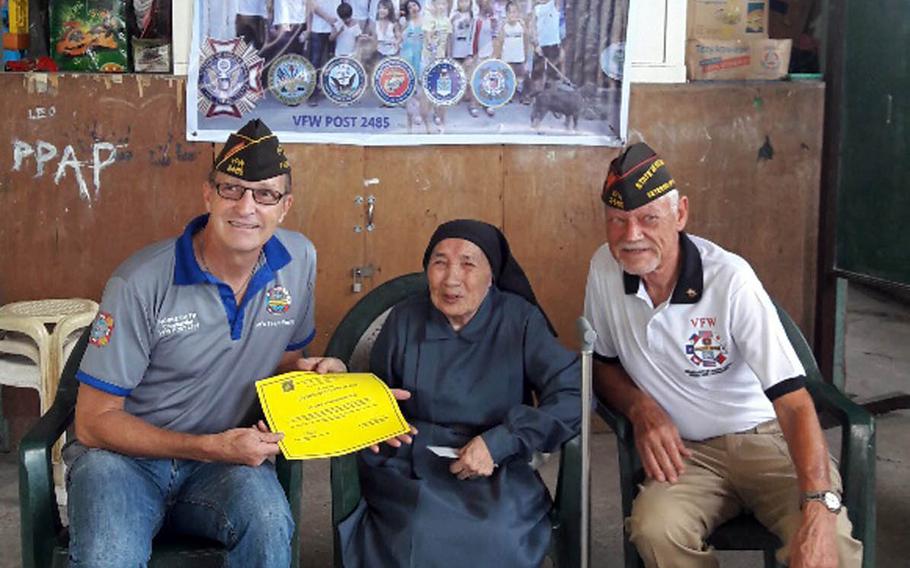 U.S. veterans in the Philippines are helping fund an orphanage near Clark Air Base, which was one of America’s largest overseas military communities.

On Christmas Eve, members of Veterans of Foreign Wars Post 2485 in Angeles City dropped off a $5,000 check at Duyan Ni Maria [Cradle of Maria] Children’s Home, which has sheltered orphans near Clark since 1988.

“There’s a high rate of women being abandoned here and some very poor people, too,” said Sherist Rodriguez, an American volunteer at the orphanage.

When VFW members recently visited the home, they found a well-run facility but one that was old and in need of maintenance, said John Gilbert, 69, a retired Army first sergeant and vice commander of the VFW’s Department of the Pacific.

The veterans’ money is helping build a new orphanage on land donated by a local priest in Mabalacat City, near the former air base, he said.

The VFW learned about the orphans’ plight through an American pilot who visited Duyan Ni Maria. The Returned and Services League of Australia is donating another $2,000 for the project, Gilbert said.

So far, the orphanage has raised $85,000 for the new home. Construction is well underway on a building, which will house 60 orphans, although volunteers need another $15,000 to complete the project, Rodriguez said.

The American veterans visited the home last week, bringing meals for the 38 children there and meeting Sister Alessandrina M. Casas, who founded the orphanage after she was asked to care for babies born to several local women.

The 86-year-old, who still works at the home, can empathize with the youngsters. She was orphaned after her mother died from tetanus and her father was killed by the Japanese for giving food to prisoners of war in 1943, she said.

Rodriguez, 43, said most of the children living at Duyan Ni Maria were left at local hospitals or with social workers. Most don’t have contact with their parents, she said.

“They [those leaving kids at the orphanage] feel like their children will be better off with a roof over their heads,” she said.

The youngest child living there is only a year old, and the oldest are attending university, Rodriguez said.

“One of the conditions of kids staying here past high school is that they attend college,” she said.