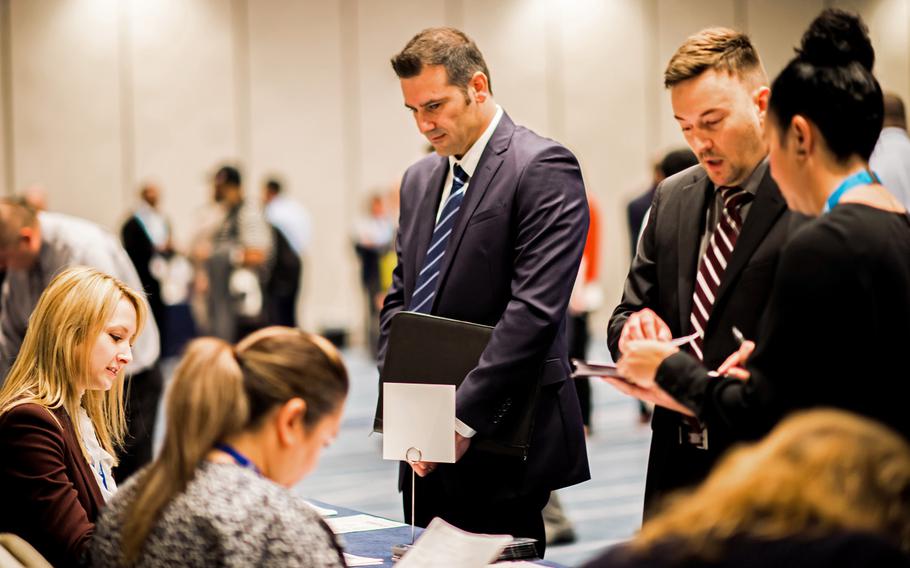 Veterans working for the government are less satisfied at work than their civilian counterparts and are leaving federal jobs at higher rates, a new government report said.

Veterans left federal service at 1.2 to 1.6 times the rate of non-veterans from 2014 to 2018, the Government Accountability Office found in its analysis of government survey data released Friday.

The study also found 18.7% of newly hired veterans resigned in their first five years of federal service, compared to 11.1% of non-veterans.

Former service members were also slightly less satisfied in their jobs than their peers on a variety of issues, the report said.

Veterans were on average 3.3% less likely to be satisfied with the meaningfulness of their work. The gap was widest at the U.S. Agency for International Development, where veterans were less satisfied than their colleagues by 8.1 percentage points.

The Office of Personnel Management had previously raised concerns that some federal agencies had problems retaining former service members compared to non-veterans.

While more veterans have been hired by the government since 2009, when then-President Barack Obama issued an executive order to enhance recruitment and promote federal veteran hiring, the GAO study said efforts should also focus on improving retention.

“Knowing that veterans are leaving federal service at higher rates than non-veterans could spur agency leaders to understand the needs of this subset of the workforce,” the report said, adding that recruiting new employees is much more expensive than keeping current ones.

The study’s authors acknowledged that the data may not account for veterans resigning from one agency and being hired at another, something that is easier for them to do because of preferences for veterans in federal hiring.