Veterans honor the fallen at American military cemetery near Cambridge 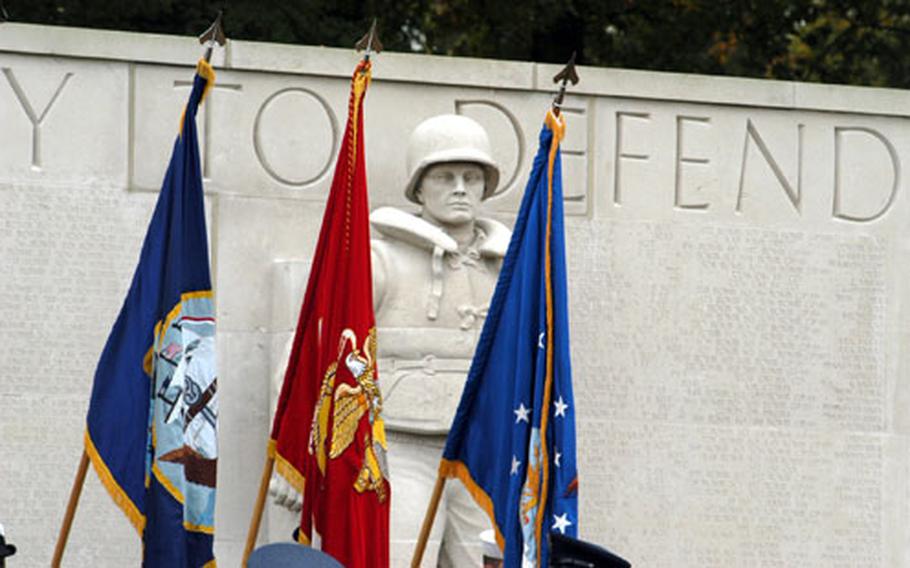 A statue of a sailor stares through the flags from the American and British military over the American Military Cemetery in Madingley during the annual Veterans Day ceremony. (Bryan Mitchell / S&S)

A statue of a sailor stares through the flags from the American and British military over the American Military Cemetery in Madingley during the annual Veterans Day ceremony. (Bryan Mitchell / S&S) 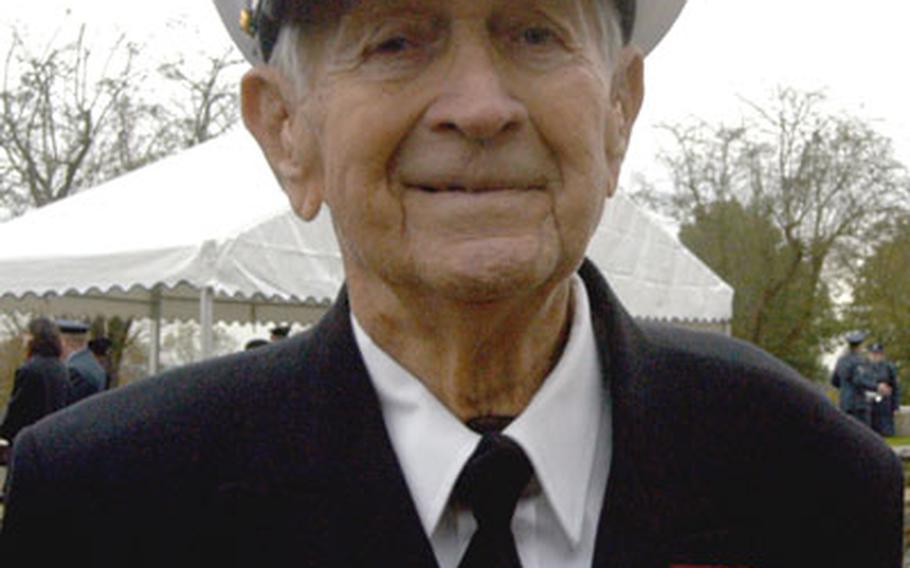 The following correction to this story was posted Nov. 21, 2006: Some information was incorrect in a story Nov. 15 about a Veterans Day ceremony at the American Military Cemetery in Madingley. Capt. Mark Marius, chaplain of the 423rd Air Base Group, delivered the invocation. Words of remembrance were read by Group Capt. Nigel Beet, commander of the RAF bases Henlow, Wyton and Brampton; as well as U.S. Air Force Col. Blake Lindner.

An English November day blew cloudless last Friday and the sun shone on the scores who gathered at the American Military Cemetery near Cambridge.

Men as old as Pearson, 83, stood alongside young mothers toting babies as a wreath-laying ceremony was followed by a 21-gun salute, a roaring fighter flyover and finally a lone bugler playing taps over the hallowed resting place for 3,812 Americans.

The cemetery lies on 30 acres donated by the University of Cambridge in 1943. It is home to nearly 4,000 American servicemembers, primarily from the U.S. Army Air Corps, from all 50 states and 11 foreign countries as well as 24 unknowns.

Airmen ranked basic to two-star general gathered alongside dozens of their British counterparts for the solemn event of remembrance. Dozens of civilians &#8212; both British and American &#8212; joined the military processions.

&#8220;The relationship between the British and the Americans is indestructible. It really is,&#8221; Pearson said.

After the ceremony, attendees visited the sanctuary, laid flowers at gravesides and walked along the memorial wall reading the names of the thousands who perished during World War II.

The top U.S. Air Force officer in the United Kingdom, Maj. Gen. Paul Fletcher, was among the scores who stopped to read the names etched on the wall.

&#8220;We have the greatest air and space force on Earth, but it was built on the shoulders of giants. These are the heroes that provided us the legacy to follow,&#8221; Fletcher said. &#8220;The courage these men and women showed set the bar for us to emulate.&#8221;

For men such as Pearson, or fellow veteran Bob David, the Veterans Day ceremony was another chance to reconnect with friends gone by.