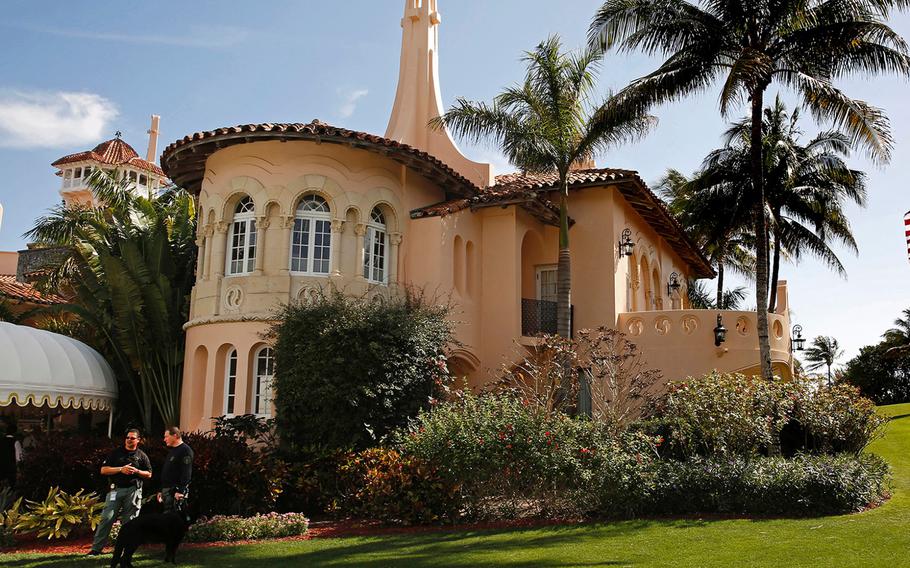 VoteVets, a liberal advocacy group, filed the lawsuit in federal court in Washington, D.C., against VA Secretary Robert Wilkie. The suit is a response to a news report that revealed three members of the Mar-a-Lago club were exerting major influence over the VA and secretly shaping Trump’s veterans policies.

The trio, dubbed the “Mar-a-Lago Crowd,” is comprised of Marvel Entertainment Chairman Ike Perlmutter, lawyer Marc Sherman and Bruce Moskowitz, a Palm Beach doctor. None of them have served in the U.S. military or government, yet they have ordered VA officials to steer policies affecting millions of Americans, according to an investigation by ProPublica, a nonprofit news agency.

VoteVets argues in the suit that the existence of the secret council broke the Federal Advisory Committee Act, an open government law that requires transparency of outside advisory groups. VoteVets wants the court to block the Mar-a-Lago Crowd from offering input on VA matters.

“The health and safety of America’s veterans isn’t a game for President Trump’s Mar-a-Lago members to play with between rounds of golf,” Will Fischer, director of government relations for VoteVets, said in a statement. “It’s not just insulting that veterans were forced to sue the Trump administration to have a voice in its veterans policies, it’s dangerous, because we don’t know what other private interests may be affecting life and death decisions of veterans, under the shroud of darkness.”

According to the ProPublica report, which was based on hundreds of documents obtained through the Freedom of Information Act, the three men have used their proximity to Trump in ways that could benefit their private interests.

In a statement included as part of the lawsuit, Perlmutter, Sherman and Moskowitz downplayed their influence and said none of them had gained any financial benefit from what they described as a “volunteer effort” to share their expertise.

VoteVets argued in the suit that because of a lack of transparency surrounding the council, the American public can’t know whether the trio provided recommendations “out of concern for the public good and not their personal profit.”

Democracy Forward, an activist organization that often challenges the Trump administration’s actions, is representing VoteVets in the lawsuit. In April, Democracy Forward and VoteVets filed another lawsuit, arguing Trump illegally bypassed the VA’s order of succession when he chose an acting secretary to lead the agency.

Thursday’s lawsuit is the latest in a series of actions taken during the past two weeks in response to the discovery of the secret council.

The ProPublica report drew outcry from lawmakers on Capitol Hill who called on Wilkie to cut ties with the Mar-a-Lago Crowd. In a letter, 15 Democrats in the Senate asked him to “do what is best for veterans, even if it is in disagreement with others in the administration.”

Rep. Tim Walz, D-Minn., the ranking Democrat on the House Committee on Veterans’ Affairs, demanded the VA hand over evidence of communications between the trio and VA officials by Aug. 31.