Veterans event is learning experience for all 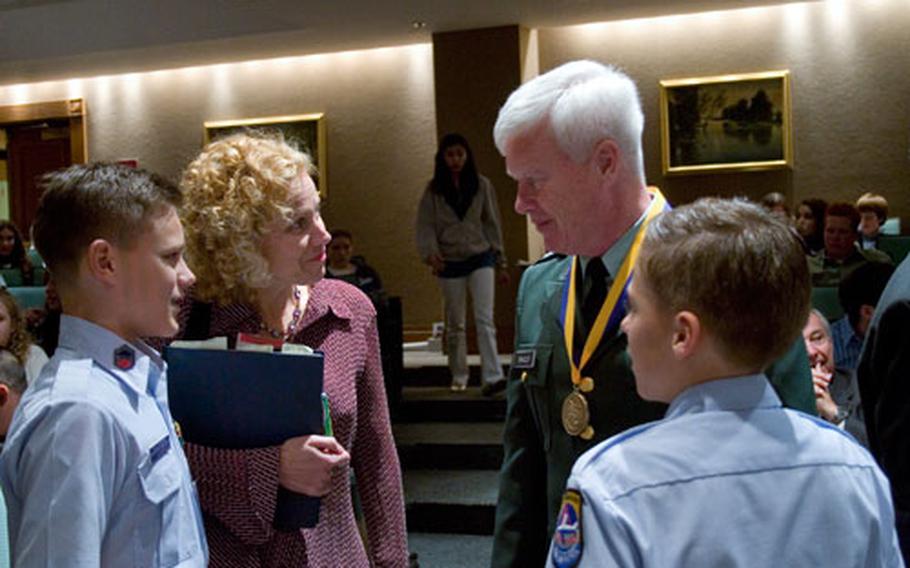 Lt. Col Walter Bradley, a Vietnam veteran who deployed as a reservist to Afghanistan, speaks with attendees at the 10th annual American Veterans Center convention in Washington. (Patrick Thornton / S&S)

Lt. Col Walter Bradley, a Vietnam veteran who deployed as a reservist to Afghanistan, speaks with attendees at the 10th annual American Veterans Center convention in Washington. (Patrick Thornton / S&S) 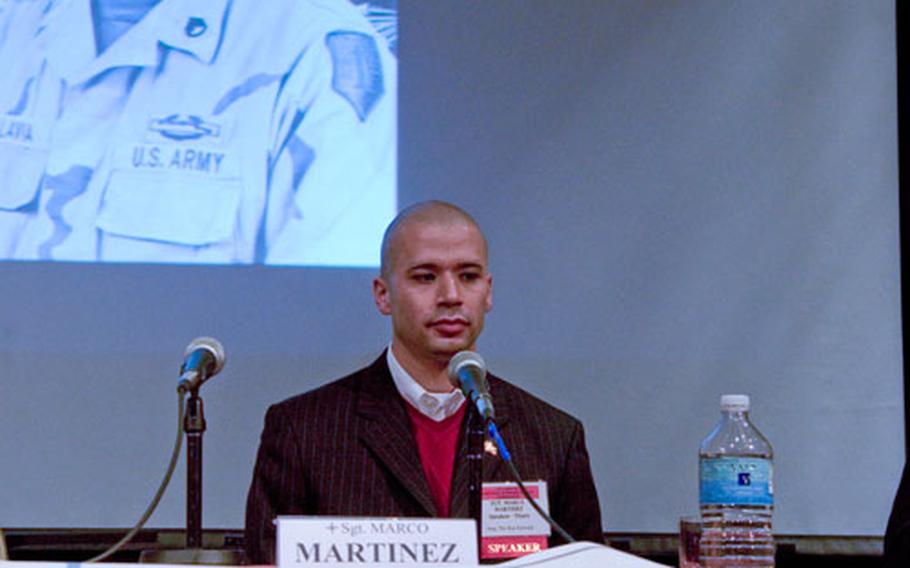 WASHINGTON &#8212; James Warrington served as an infantryman in World War II and a chaplain in the Vietnam War, but he spent this weekend getting an education in what it means to be a veteran.

Hundreds of former veterans attended the four-day convention last week, which featured lectures and presentations from heroes from every major U.S. conflict since World War II. Organizers said the event has become a popular stop for veterans of all ages to share stories and learn from each other about their common bonds.

But participants said even more significant than that opportunity was the chance to share those experiences with local schoolchildren. Several local high schools postponed planned Friday classes to sit in on the lectures and meet in small interview groups with the speakers.

&#8220;I almost never get to talk to crowds this young,&#8221; said Pete Hegseth, a former 101st Airborne Division soldier who earned a Bronze Star for actions in Iraq two years ago. &#8220;And we probably need to be doing more of that. It&#8217;s important to hear what their perception of the military is, and share with them our own.&#8221;

When one student asked what technology is most important on the battlefield, Navy Cross recipient Marine Sgt. Marco Martinez responded that in Iraq &#8220;my brain and my gun&#8221; were always his most valuable tools. The answer earned a cheer and pat on the back from retired Col. John Herren, a Vietnam veteran who fought in the battle of Ia Drang.

Lt. Col Walter Bradley, a Vietnam veteran who deployed as a reservist to Afghanistan, said one major difference between the elder veterans and today&#8217;s has been the public reception upon their return.

Thirty years ago, he couldn&#8217;t imagine a day where he and other veterans would stand before high schoolers and talk about what war is like. When he was offered the opportunity, he immediately accepted.