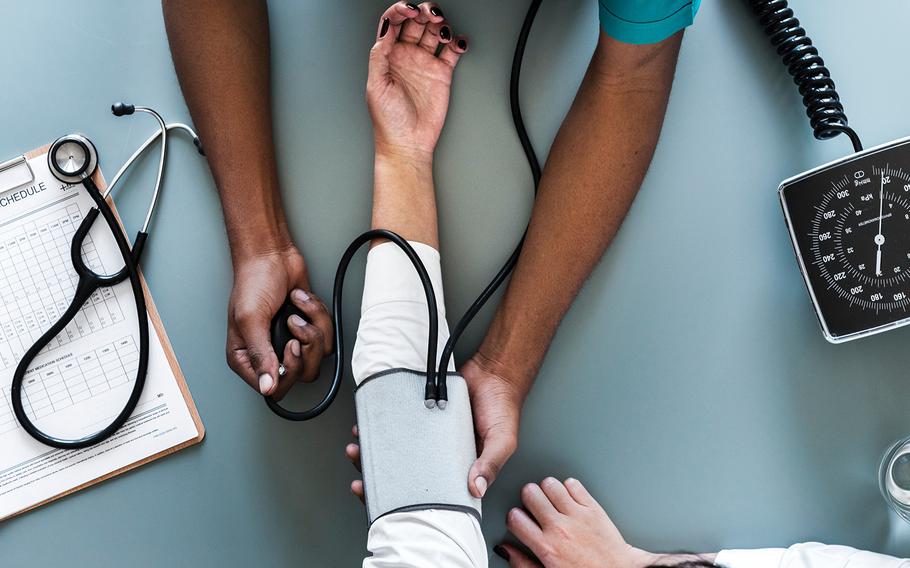 An April 3 ruling in Saunders v. Wilkie, if it stands, could benefit thousands of veterans who have had Department of Veterans Affairs compensation claims for pain denied for lack of a medical diagnosis. (Unsplash.com)

Lawyers at the nonprofit National Veterans Legal Services Program (NVLSP) had been screening Board of Veterans’ Appeals decisions for years, looking for just the right case involving denial of disability compensation to a veteran suffering from chronic service-related pain but due to a condition that doctors couldn’t diagnose.

The NVLSP needed such a case to challenge a 1999 precedent-setting ruling of the U.S. Court of Appeals for Veterans Claims that found the Department of Veterans Affairs was not required to compensate a veteran for pain if physicians aren’t able to identify the cause.

In May 2016 the NVLSP found the promising case it sought. Last week the U.S. Court of Appeals for the Federal Circuit decided it favorably for Army veteran Melba Saunders. The April 3 ruling in Saunders v. Wilkie, if it stands, could benefit thousands of veterans who have had VA compensation claims for pain denied for lack of a medical diagnosis.

“It’s often true that veterans have pain and physicians can’t diagnosis exactly what’s causing it,” said Bart Stichman, executive director of NVLSP and one of Saunders’ attorneys. However, he said, “lack of a medical diagnosis shouldn’t prevent the VA from granting disability benefits for the pain if it’s related to an event or injury or disease in service.”

A three-judge panel on the Federal Circuit appeals court agreed, finding that the veterans claims court, in rejecting Saunders’ appeal from the Board of Veterans Appeals two years ago, “erred as a matter of law” by finding that her bilateral knee pain alone, “absent a specific diagnosis or otherwise identified disease or injury, cannot constitute a disability” under the law governing VA disability compensation.

The ordinary meaning of “disability,” added the court, “relates to functional incapacitation or impairment, rather than the particular underlying cause of that condition. In other words, while a diagnosed condition may result in a disability, the disability itself need not be diagnosed.”

Saunders served on active duty from 1987 to 1994. While serving, she sought treatment for knee pain and was diagnosed with patellofemoral pain syndrome (PFPS). On leaving active duty, her exit exam showed normal leg motion but noted her history of swollen knee and hip joints while in service. She filed her first compensation claim with VA in 1994 for knee and hip pain. It was denied for failing to report for a required medical examination.

In 2008, Saunders filed a new claim, this time for a bilateral knee disability and foot issues. Both claims were denied. Her VA regional office noted in its decision that Saunders had been diagnosed with PFPS in service, but that VA had “not received any current medical evidence” regarding her knee condition.

Saunders filed a Notice of Disagreement, explaining she “sustained injuries to knees” on active duty, citing the PFPS diagnosis, and that she was still experiencing pain and swelling in her knees. VA denied the claim again, in February 2010, citing lack of evidence of treatment for a knee condition.

On appeal to the Board of Veterans’ Appeals, Saunders had another VA medical exam and reported knee pain while running, squatting, bending or climbing stairs. The examiner found “no anatomic abnormality, weakness or reduced range of motion,” the court said, but the record also said Saunders was unable to stand more than a few minutes at a time and sometimes needed a cane or brace to walk.

This examiner diagnosed Saunders with “subjective bilateral knee pain” and said it affected her ability to complete daily activities. The examiner also concluded that Saunders’ knee pain was “at least as likely as not” caused by, or the result of, her military service.

The VA regional office later explained that pain could not be considered a diagnosis for her knee condition. It asked the examiner to provide a more complete rationale for the diagnosis. In a supplemental report, the examiner said there was no pathology to render a diagnosis. On reviewing the report, the VA again denied the claim because Saunders had no diagnosed knee condition.

Saunders’ appealed and the Board of Veterans Appeals also denied her claim. Though she had been diagnosed in service with PFPS, and an examiner had found her knee condition likely related to service, the Board said, it denied the claim citing the claims court’s 1999 ruling in Sanchez-Benitez v. West, which found that “pain alone is not a disability for the purpose of VA disability compensation.”

Her own appeal to the same veterans’ claims court affirmed that decision.

Saunders’ “was a very good case to bring a challenge” to the Sanchez-Benitez precedent, said Stichman, “because, right in the record, a physician said ‘I believe it is at least as likely as not that the current pain is related to her knee injury in service.’ That really brought home that the only blockage between victory and defeat was the Sanchez-Benitez ruling.”

The NVLSP searched Board of Appeals decisions since 1999 and found more than 11,000 adverse rulings for veterans that cited Sanchez-Benitez, giving a rough estimate of how many veterans might stand to benefit.

The appellate court, in rejecting the precedent of that 1999 case, said that contrary to VA arguments, the disability compensation statute “does not indicate that pain, devoid of underlying current pathology, is not compensable.”

It noted that Congress itself clarified this point when it established a presumption of service connection for Persian Gulf War veterans suffering certain chronic disabilities from “undiagnosed illnesses” including “muscle pain” and “joint pain.” That consideration by lawmakers for one group of veterans is significant for others, the appellate court said, because it “reflects an understanding that pain may be a disability even in the absence of a diagnosis.”

For Saunders, the appellate court didn’t order the VA to grant her disability compensation but directed that her claim be re-evaluated, “knowing now that pain alone, without a diagnosis, can lead to benefit,” Stichman said.

Attorneys for the Justice Department and VA will decide soon whether to petition the appellate court for an en banc review with the full court, up to nine judges, reconsidering arguments. The government also has 60 days to decide whether to petition for Supreme Court review.

If allowed to stand, said Stichman, the April 3 ruling won’t handcuff VA medical examiners from still considering the credibility of any veteran’s claim of pain from an undiagnosed condition. Claims still will be decided on what examiners believe regarding a veteran’s account of what happened in service, continuity of symptoms before and after discharge, and the nature of current symptoms.

NVLSP, an independent veterans’ service organization that provides legal support to veterans and active-duty military, partnered on the case with pro bono counsel from the law firm of Orrick, Herrington & Sutcliffe. Attorney Mel Bostwick, a partner with the firm, argued the case before the appellate court.