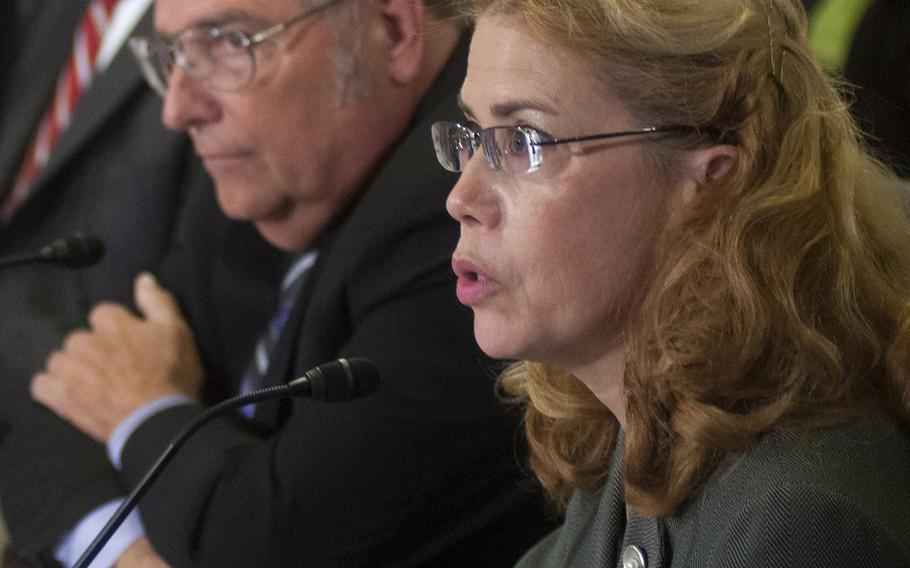 WASHINGTON — The VA has settled with three whistleblowers who helped uncover wrongdoing at the Phoenix Veterans Affairs health system and then reported retaliation by superiors.

Phoenix VA doctor Katherine Mitchell, who testified before Congress, said she was removed as emergency room director after reporting understaffing and inadequate training; Paula Pedene said she lost her job as Phoenix VA spokeswoman and was transferred to a basement library after reporting financial mismanagement by senior officials.

A third claimant, Damian Reese, helped expose data manipulation that made patient wait times look shorter and had his performance rating downgraded after making the allegations.

“Dr. Mitchell, Ms. Pedene, and Mr. Reese followed their consciences and reported wrongdoing, and their efforts have improved care and accountability at the VA,” Carolyn Lerner said in an Office of Special Counsel news release. “I applaud the VA’s leadership for taking actions to quickly resolve these cases and concrete steps to change the VA’s culture.”

Full details of the settlements are confidential, but Pedene and Mitchell received new positions as part of the settlement. Reese settled his claim for “mutually agreed upon relief,” according to the OSC.

Pedene said that while she was hoping for her old job back, she is pleased with the settlement and looking forward to her new position as national program specialist in the Veterans Health Administration’s Office of Communications.

“A person feels vindicated after going through such a nightmare of an ordeal,” Pedene said in a phone interview with Stars and Stripes.

The Phoenix system is at the center of an ongoing VA scandal in which whistleblowers have uncovered senior officials falsifying data and hundreds of veterans dying while for months on patient waitlists. Former VA Secretary Eric Shinseki resigned amid the scandal and his replacement, Bob McDonald, has promised wide-ranging reforms at the VA.

Phoenix VA Director Sharon Helman and other senior officials accused of wrongdoing have not been fired. Helman is drawing $170,000 annual salary while on administrative leave.

The OPS is investigating more than 125 complaints of whistleblower retaliation at VA facilities around the country.

Pedene said she is hopeful the settlements could embolden others with information about VA malfeasance to come forward.

“My hope is that when things like this occur, that it will encourage others,” she said. “Being honest, telling the truth and sticking your neck out on the line, even though it has consequences, is the right thing to do.”