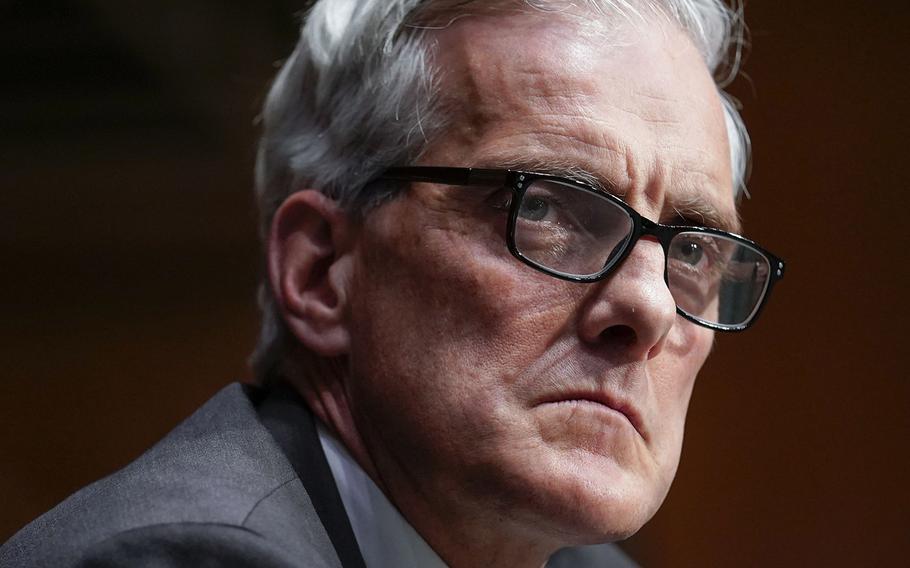 WASHINGTON — The Department of Veterans Affairs will review its policies and determine how to make the agency a more welcoming and inclusive place for LGBTQ veterans and employees.

VA Secretary Denis McDonough issued a memo Tuesday about the policy review. He said during a news briefing that it would be finished by March 30.

“My goal as secretary is to make sure VA is welcoming to all veterans, including our transgender veterans,” he said.

Disabled American Veterans, a national veterans’ organization, praised the review, calling it a proactive approach to reform the culture within the department.

“DAV believes every veteran who has honorably served this nation is entitled to safe, welcoming and dignified care that meets their individual needs,” said Butch Whitehead, national commander of the group.

McDonough vowed Tuesday to focus on inclusivity, diversity and equity under his tenure as VA secretary. He said he would put that into practice when choosing his leadership team, though he had no updates about who would join him to lead the department.

“That will be a really important piece of demonstrating my seriousness about diversity and inclusion,” McDonough said. “Our political appointees to date reflect that, and that’s intentional.”

He also said the department would focus on diversity and inclusion when recruiting workers to fill job vacancies.

McDonough promised to address racial inequity at the agency. Last year, a group of Black VA employees organized to voice their experience with racism, which they said was made worse by leaders who refused to address it.

“Confronting this question of racial inequity will be a fundamental part of my tenure here, not least because the president is demanding it,” McDonough said.

The VA’s motto will also be the subject of review, he said. Some advocates and lawmakers have pushed for the department to change the motto to be more inclusive of veterans’ families and women who have served. The VA motto is a quote from President Abraham Lincoln’s second inaugural address in 1865: “To care for him who shall have borne the battle and for his widow, and his orphan.”

“Obviously, that’s something that came up in my confirmation hearing and in my conversations” with veterans’ service organizations, McDonough said. “I’m not in a position to announce anything on that, but we’ll be looking at it.”