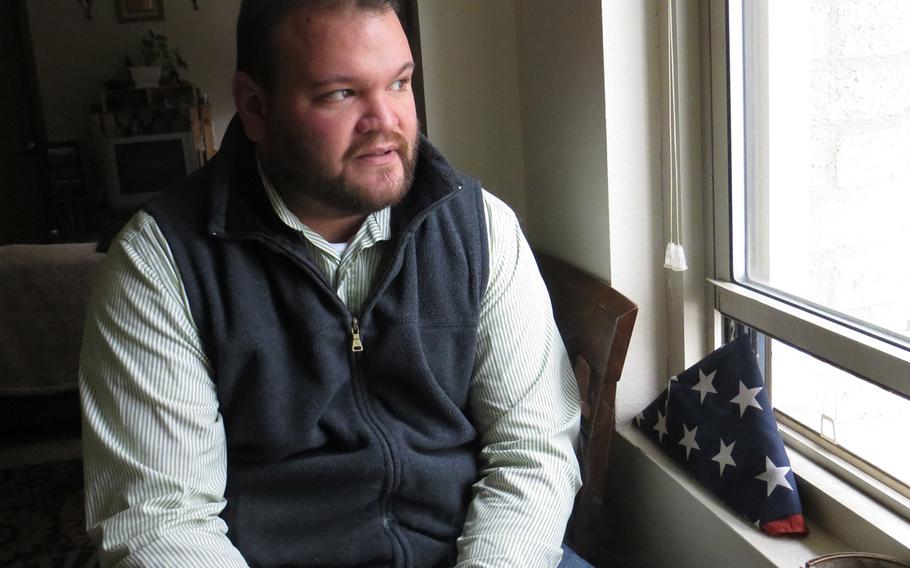 Dave Hammond ended up homeless in Toledo, Ohio, in 2012, seven years after his medical discharge from the Army. He moved into an apartment last fall with the help of Veterans Matter, a Toledo-based nonprofit that pays the rent deposits of homeless veterans. (Martin Kuz/Stars and Stripes)

WASHINGTON — As its self-imposed deadline to end veterans homelessness approaches, the Department of Veterans Affairs has launched a new program to hire more than 150 employment specialists across the country.

The new community employment coordinators are meant to connect “job-ready” homeless veterans with potential employers, according to VA officials speaking on a media conference call Wednesday. The $15 million program aims to put a coordinator at each of the VA’s more than 150 medical centers, and officials said the department has filled all but about 20 positions.

Getting veterans back to work is an important step in making them feel like they are part of society again, VA Director of Homeless Veteran Community Employment Services Carma Heitzmann said.

“Community integration is obviously a critical component of ending veteran homelessness,” she said.

In 2010, President Barack Obama and the VA launched the Ending Veterans Homelessness initiative, with the goal of getting every veteran off the street by 2016. The VA says its efforts have cut the homeless rate among veterans by more than 30 percent since that pledge, and current estimates put the homeless veterans population at 50,000. Some homelessness advocates have criticized the goal as unrealistic, but VA officials say with less than seven months to go in 2015, they are still committed to the timeline.

“Our goal remains the same and we have a network of support services to make that happen,” Heitzmann said.

Kelly Matthew, the community employment coordinator for the Greater Los Angeles VA Medical Center and a former U.S. Army medic, said many of her clients need to work through problems such as gaps in employment history, criminal records and concerns about loss of benefits if they resume work. Often, Matthews says, her first visit with homeless veterans may not lead directly to employment but pave the way for a longer-term goal.

“A big piece of what we’re doing is working on education,” she said. “You don’t have to be ready to go back to work today, but maybe in a few months that might be something you want to look into.”

Community employment coordinators will be General Schedule 11 employees, meaning a base salary of $51,000 to $66,000, depending on location.

A list of the current community employment coordinators, organized by state, can be found at www.va.gov/HOMELESS/cec-contacts.asp

If the entry has no name, it means the VA has not yet hired for that position.