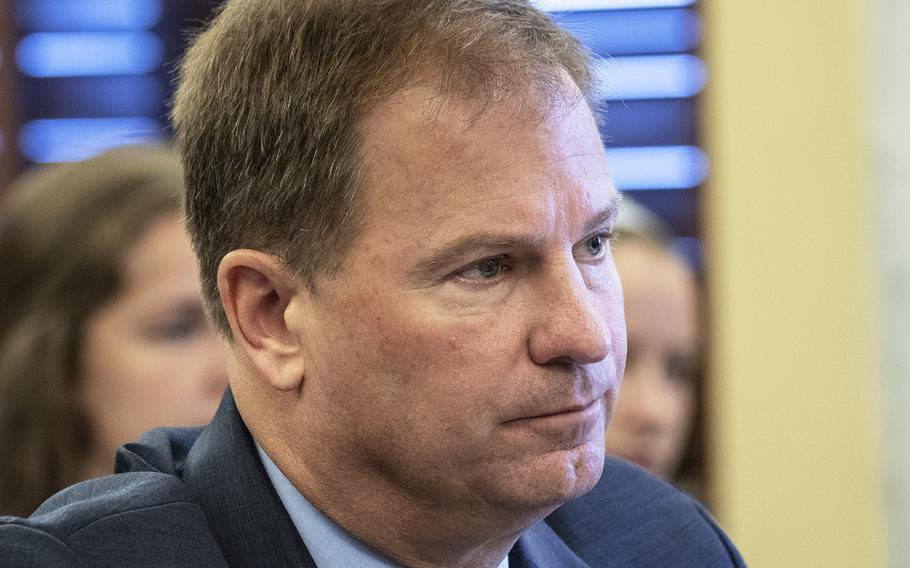 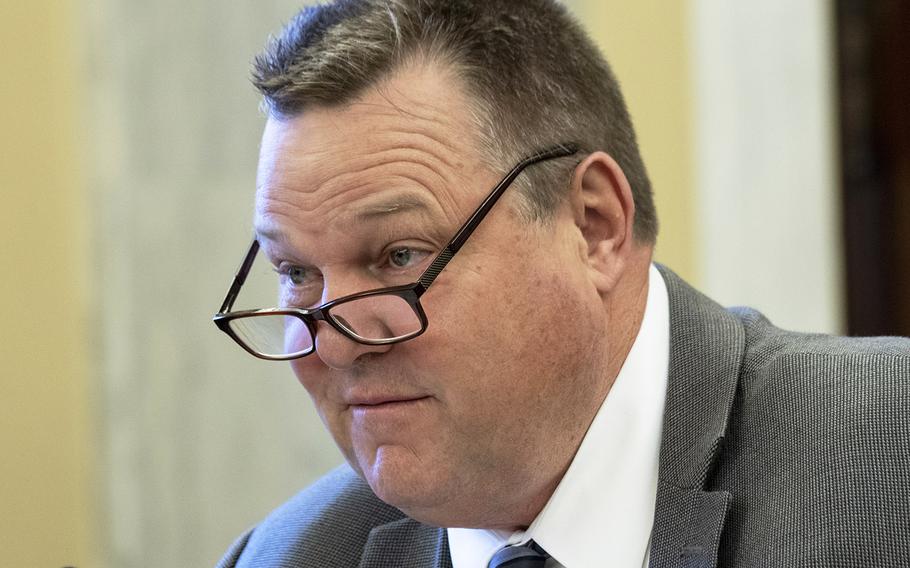 WASHINGTON — The nominee for second-in-command at the Department of Veterans Affairs said Thursday that the Trump administration’s controversial Accountability and Whistleblower Protection Act has helped the agency become a “rising star” of the federal government.

James Byrne, the VA general counsel since August 2017, praised the law during the same week that the VA decided to rehire a senior leader who became the face of the new accountability act when it was used to fire him.

ProPublica, a nonprofit news agency, reported Wednesday that the VA dropped its lawsuit against Brian Hawkins, the former director of the Washington, D.C., VA hospital. Former VA Secretary David Shulkin fired Hawkins twice in 2017 – the second time saying the new accountability law gave him the authority to do so.

Instead of continuing its court battle with Hawkins, the VA agreed Tuesday to rehire him and provide him two years of back pay, according to court documents made public by ProPublica.

Byrne, who briefly commented Thursday on the accountability law during his Senate Veterans’ Affairs Committee confirmation hearing, has been filling in as the VA deputy secretary for the past nine months.

As deputy secretary, Byrne will continue to oversee the Office of Accountability and Whistleblower Protection, as well as Human Resources, the VA legal department and other areas of the agency.

“I don’t have any issues holding people accountable,” said Byrne, who was nominated by President Donald Trump in April to take the position on a permanent basis. “I take that very seriously because these are real people with real futures, and I look at the totality of things.”

Shulkin first fired Hawkins in July 2017, following a scathing report issued by the VA Inspector General’s Office that detailed conditions at the D.C. hospital that were putting veterans health at risk.

The Merit Systems Protection Board, which hears appeals from terminated federal employees, ordered the VA in August of that year to reinstate Hawkins as medical director. The board’s sole member, Mark Robbins, issued a 45-day stay on Hawkins’ firing while the U.S. Office of Special Counsel reviewed whether the dismissal violated civil-service protections.

Trump signed the new accountability law that summer, creating more repercussions and a faster firing process for VA employees. It also lowered the standard for evidence that the VA needs before it takes disciplinary action.

The new law gave Shulkin the authority to fire Hawkins again, the VA said at the time. By then, the IG had also released more findings that Hawkins sent sensitive information to private email accounts belonging to him and his wife.

Shulkin fired Hawkins for the second time in September 2017.

Hawkins has argued through U.S. District Court that his firing was unconstitutional. In a letter Tuesday, the VA rescinded its September 2017 decision to fire Hawkins. Though he won’t resume his former job as director of the D.C. hospital, he’ll be reinstated as a senior executive at the same pay.

Lawmakers created the legislation with the intention of restoring veterans’ trust in the VA by rooting out a perceived culture of corruption in the department, but some lawmakers and advocates say they’re worried the law has been used to target low-level workers and retaliate against whistleblowers.

VA Inspector General Michael Missal said his office is conducting a review of the Office of Accountability and Whistleblower Protection.

Byrne on Thursday described the new law and its office as “another layer of accountability” unique to the VA.

“That office is aimed at making sure we pay attention to complaints that our employees bring against other employees or practices that may not be in the veterans’ best interest,” he wrote in his prepared remarks to the Senate. “The leader of that office reports directly to Secretary [Robert] Wilkie, assuring that pervasive and sensitive personnel or management problems are getting attention from our Cabinet-level leader.”

It was uncertain Thursday when the Senate committee would vote on Byrne’s nomination for deputy secretary.