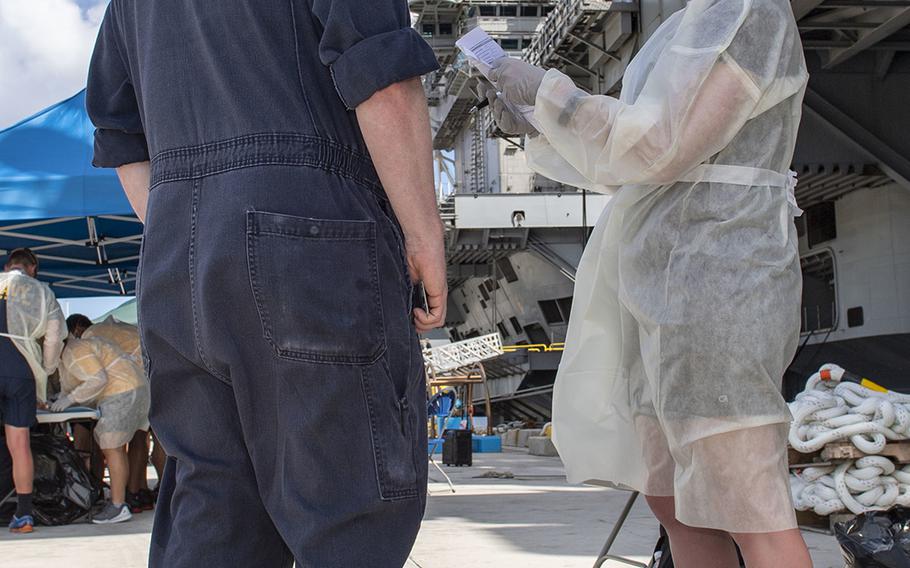 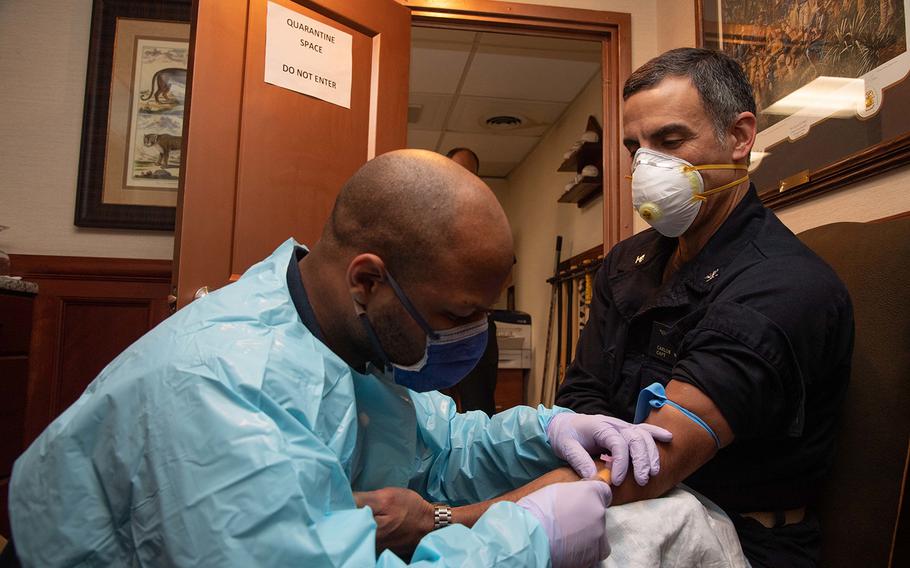 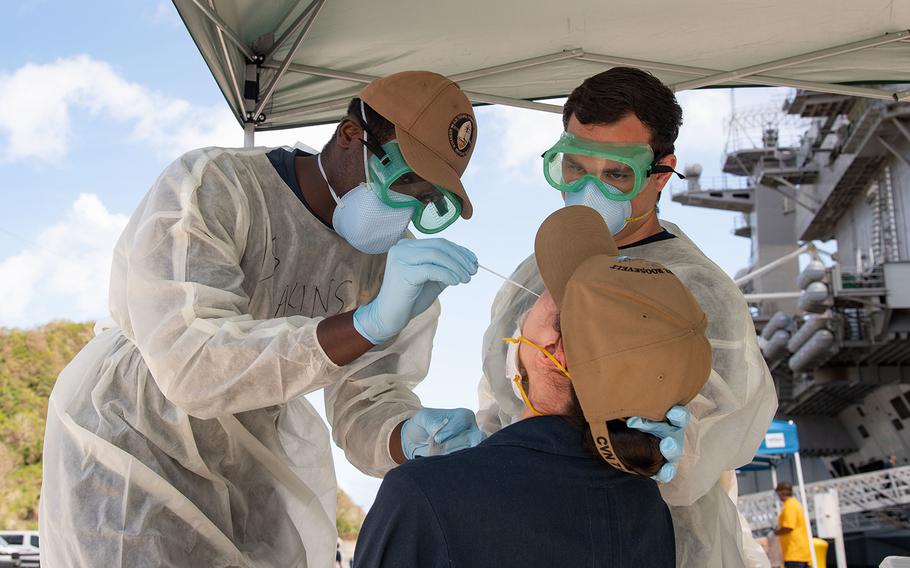 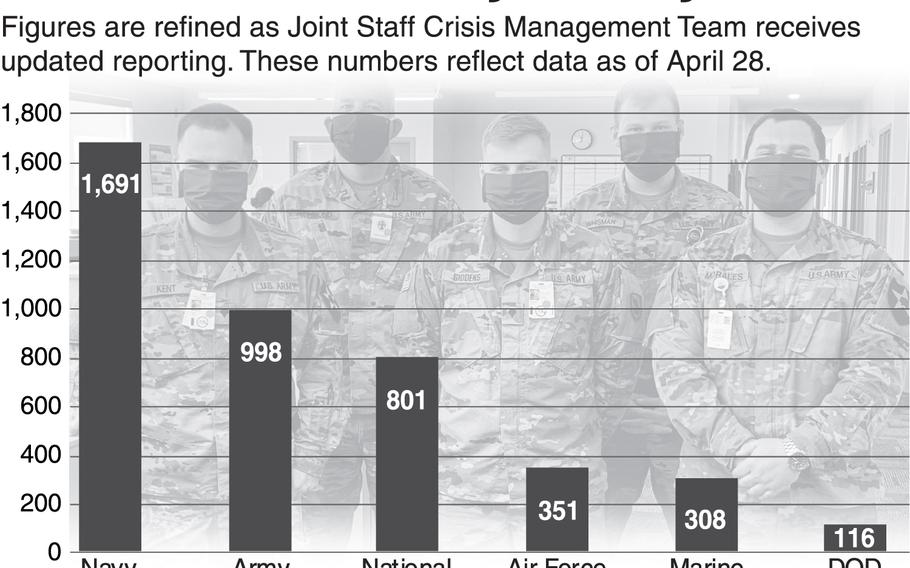 WASHINGTON — Nearly 1,000 sailors assigned to the USS Theodore Roosevelt are still fighting the coronavirus after the Navy reassessed how it determines whether someone has recovered from the virus.

Medical staff were finding that asymptomatic sailors placed in quarantine for 14 days were testing positive for the coronavirus when leaving isolation, according to Cmdr. Clayton Doss, a Navy spokesman.

Positive tests for the virus continued to happen with Roosevelt sailors who initially tested negative, so Navy officials determined the service needed to reevaluate its criteria and testing procedures, Doss said. The initial negative test can happen when the amount of virus in the body is not high enough for the test to detect it at the time, he said.

The Navy will now only count sailors recovered for the virus once they have had two successive negative tests, with the second test happening 24 hours after the first negative test. Every sailor on the Roosevelt is now being retested this way when they begin the process to leave their quarantine to ensure they are clear of the virus, Doss said.

The initial testing of all 4,800 crew members aboard the nuclear-powered aircraft carrier has been complete as of Monday, according to the Navy. The Navy reported Saturday about 112 Roosevelt sailors had recovered from the virus. On Monday, the Navy said only 14 sailors had recovered. The recovered numbers released by the Navy from now on will be based on this new testing criteria, Doss said.

The reported active cases on the Roosevelt increased from 833 on Saturday to 955 on Monday. Now with 98 cases being reset and 24 new cases of the virus, the overall number of Roosevelt sailors still considered sick increased by 122, according to the Navy’s Monday coronavirus case report.

In a similar case in Japan, an undisclosed number of sailors from the USS Ronald Reagan strike group tested positive for the coronavirus during the weekend after their mandated pre-deployment isolation ended. They were asymptomatic and have been put into isolation. Sailors who tested negative were allowed to board their ships.

The crew members of the USS Kidd will soon experience its own quarantine and testing as cases aboard the destroyer increased to 47 as of Monday.

As of Monday, one Roosevelt sailor is still being treated at U.S. Naval Hospital Guam for symptoms, but the individual is not in intensive care.

As the outbreak among the Roosevelt crew continues, the outcome of the investigation into their former commander and the Navy’s response to their plight has stalled.

Defense Secretary Mark Esper received a verbal briefing Friday from Navy leaders about their investigation into the virus outbreak on the Roosevelt and whether Capt. Brett Crozier should regain command of the ship, according to Jonathan Hoffman, the chief spokesman for the Pentagon. According to news reports Friday, the recommendations included reinstating Crozier.

However, Esper said he will read the written report before meeting again with Navy leaders and making his decision, according to Hoffman.