US soldier killed in Afghanistan identified as accomplished Army Ranger 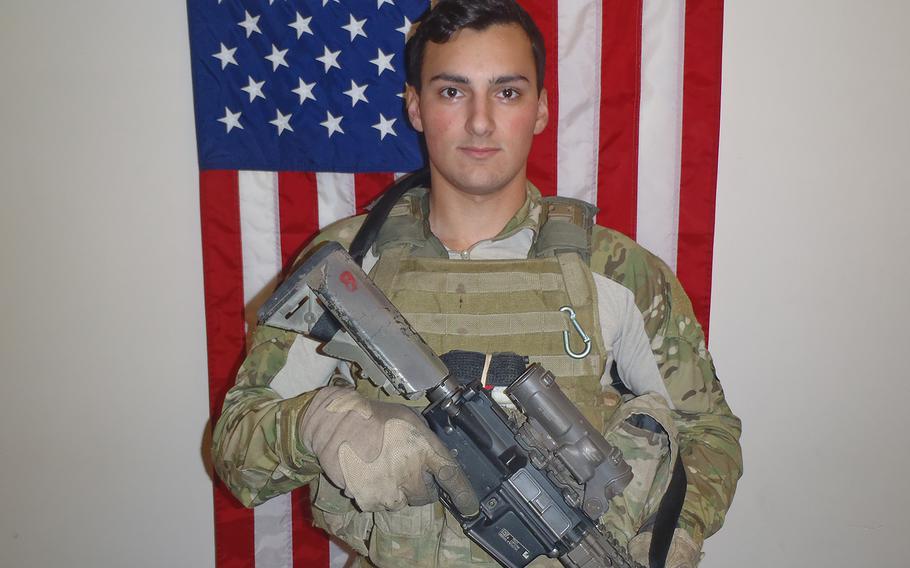 KABUL, Afghanistan — An Army Ranger assigned to 2nd Battalion, 75th Ranger Regiment was killed in action in Afghanistan on Saturday.

Sgt. Leandro A.S. Jasso, 25, was mortally wounded during a firefight with al-Qaida forces in Nimruz province, military officials in Kabul said Sunday. He was medically evacuated from the combat zone and later died of his injuries at a medical facility in Helmand province, the Pentagon said in a statement.

Jasso, from Leavenworth, Wash., was on his third deployment to Afghanistan. He enlisted in the Army in 2012 and became an accomplished soldier, completing the Basic Airborne Course, earning the Combat Infantryman’s Badge and the much-sought after Ranger tab, the U.S. Army’s Special Operations Command said in a statement.

"Sgt. Jasso was a humble professional who placed the mission first, lived the Ranger Creed and will be deeply missed," said Lt. Col. Rob McChrystal, commander of the 2nd Battalion, 75th Ranger Regiment, as quoted in the statement.

Jasso’s death raises to 10 the number of U.S. troops killed in Afghanistan this year. Earlier this month, Maj. Brent Taylor of the Army National Guard was killed during an insider attack in Kabul that also injured another U.S. servicemember.

Most of the roughly 14,000 U.S. troops deployed to Afghanistan assist NATO’s training and advising mission, while a smaller amount help with the U.S.’s separate counterterrorism mission that targets groups such as al-Qaida and the local Islamic State affiliate.

"The loss of Sgt. Jasso is felt by his family and loved ones, by all who served with him and by all on this mission to protect our country and our allies," said Gen. Scott Miller, Resolute Support and United States Forces - Afghanistan commanding general.

About 2,400 American military personnel have been killed since the war in Afghanistan began in 2001 — fewer than 1,900 of them were killed in combat.

Sunday marked the 17-year anniversary of the first American combat death, Johnny Micheal Spann, a Marine veteran working for the CIA who was killed in a bloody prisoner uprising at Qali-Jangi fortress in Mazar-e-Sharif during the first weeks of the war.

Stars and Stripes staff contributed to this report.