US Navy ends 2020 with another Taiwan Strait transit 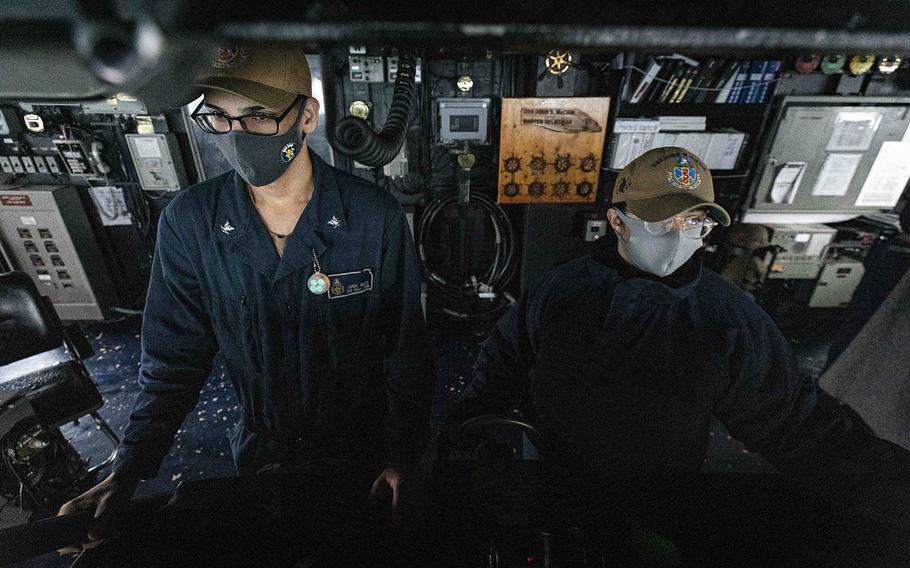 The ships steamed through the contested, 110-mile-wide waterway separating Taiwan from mainland China to demonstrate “the U.S. commitment to a free and open Indo-Pacific,” Keiley said by email.

“The United States military will continue to fly, sail and operate wherever international law allows,” he said.

The transit was the Navy’s 13th this year, passing its previous record of 12 set in 2016. It made nine such trips last year, three in 2018 and five in 2017. The Navy last sent a warship, the guided-missile destroyer USS Mustin, through the strait on Dec. 18.

The number of Navy trips through the strait has increased along with tensions between the United States and China in the South and East China seas. Strain with China over Taiwan increased after the U.S. this month approved a $280 million sale of advanced military communications equipment to Taiwan.

The transit came as the Chinese military conducts exercises in the waters around Hainan Island, about 760 miles west of Taiwan, according to China’s Ministry of Defense. China’s Sanya Maritime Safety Administration announced the exercises on Monday, directing all other vessels to avoid the area during the exercises Dec. 29-Jan. 7.

The McCain made the trip following back-to-back freedom-of-navigation operations in the South China Sea.

On Dec. 22, the destroyer steamed past Spratly Islands, a disputed chain east of Taiwan. On Dec. 24, the McCain challenged Vietnamese maritime claims around the Con Daos Islands, about 150 miles south of Ho Chi Minh City.