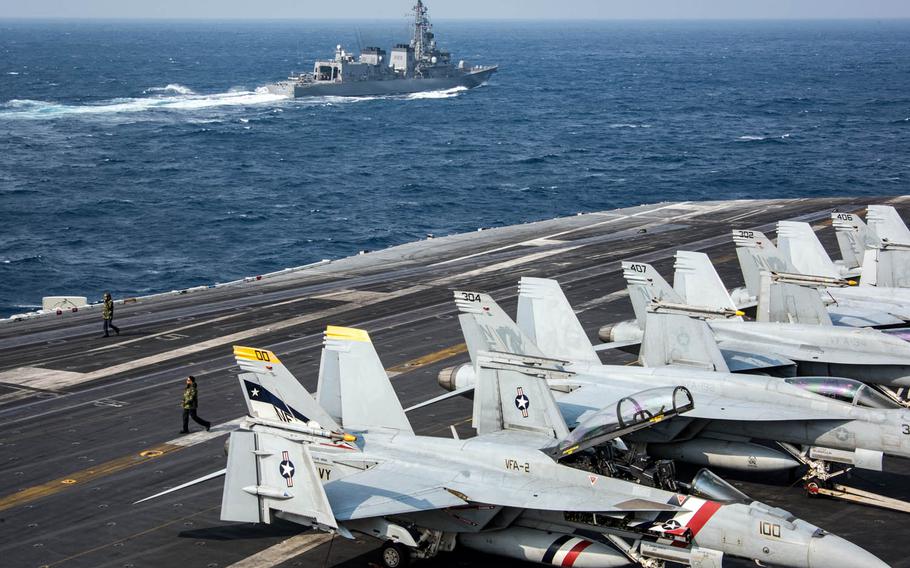 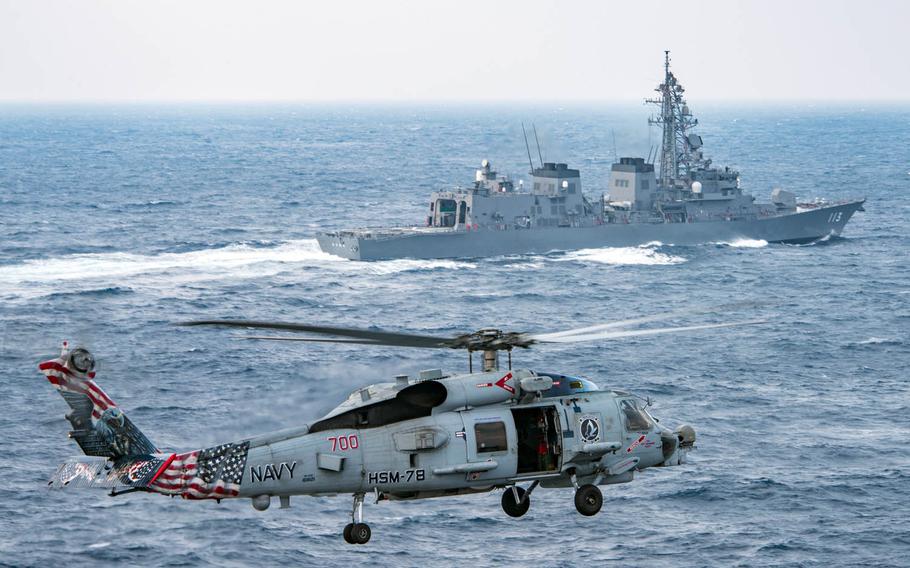 The U.S. and Japan have wrapped up a weeklong exercise in the East China Sea, where tensions have risen with China over the Japanese-controlled Senkaku Islands.

“This exercise is … designed to improve coordination, teamwork, operational proficiency and readiness,” Rear Adm. Jim Kilby, the Carl Vinson strike group’s commander, said in the statement. “Our two navies working together demonstrate our combined resolve to ensure peace and stability for all our partners and allies in the Indo-Asia-Pacific region.”

Japanese and Chinese fighter jets regularly overfly the uninhabited Senkakus, which China claims as its own, and coast guard and other vessels have shadowed one another in nearby waters.

Japan nationalized the Senkakus, which lie near Okinawa prefecture and Taiwan, in 2012. The following year, China declared an Air Defense Identification Zone over the islands.

Last month, during his first trip to Japan as Pentagon chief, Defense Secretary Jim Mattis reaffirmed U.S. support for defending its ally, including the Senkakus.

“I made clear our longstanding policy on the Senkaku Islands,” Mattis said last month in Tokyo. “The U.S. will continue to recognize Japanese administration of the islands.”

China Foreign Ministry spokesman Lu Kang later reasserted Beijing’s claim on the islands and called on the U.S. to cease “making wrong remarks” over the issue, according to The Associated Press.