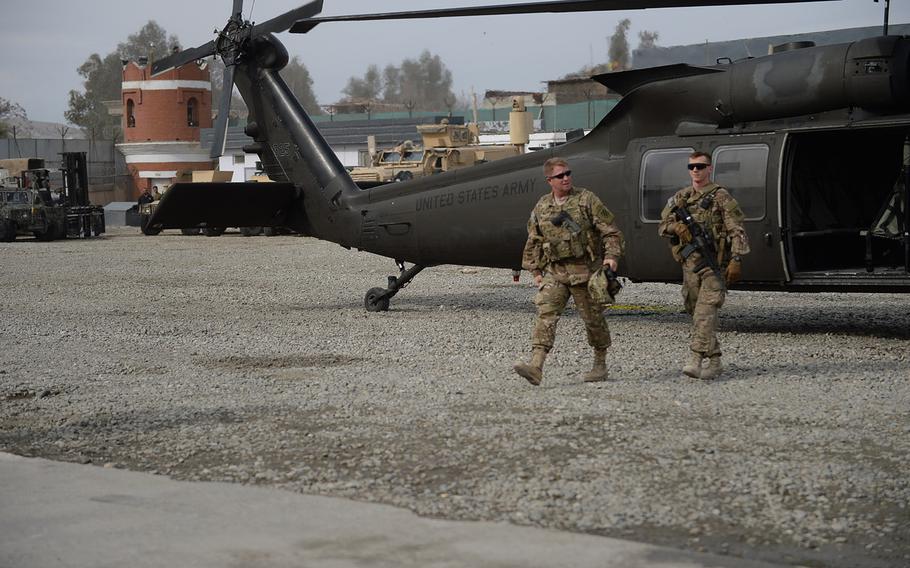 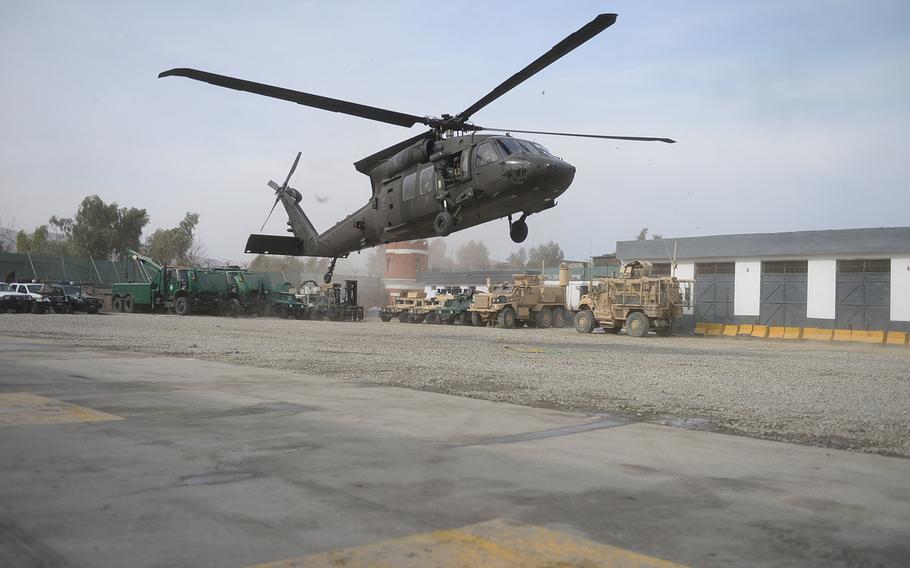 A U.S. Blackhawk carrying Brig. Gen Christopher Bentley, head of TAAC-East, and American advisers touch down at the provincial headquarters for Afghan Uniformed Police in Nangarhar province in eastern Afghanistan on Jan. 21, 2015. It was the Army general's first visit to the AUP outpost since taking command. (Carlo Munoz/Stars and Stripes) 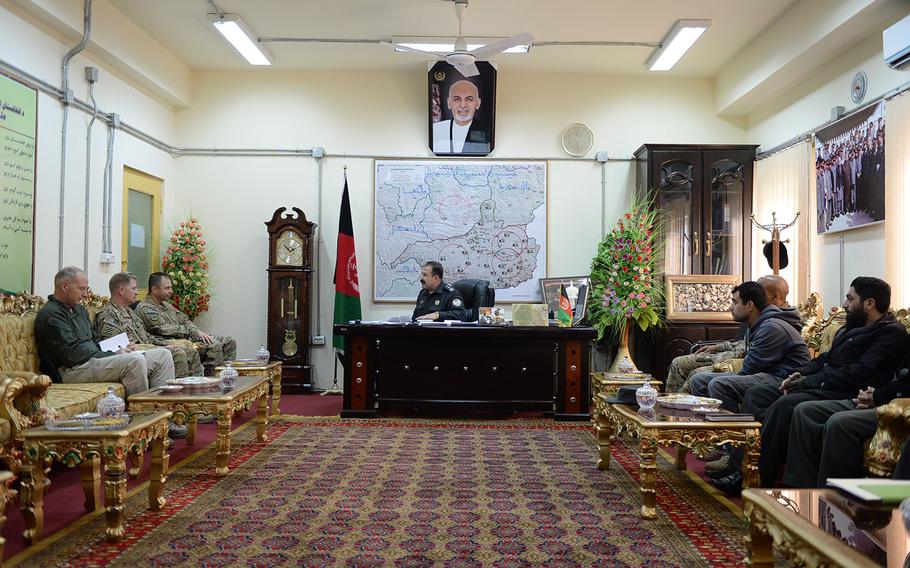 KABUL, Afghanistan — U.S. and allied aircraft struck Taliban forces in eastern Afghanistan last month, according to a coalition spokesman, in the first confirmed airstrikes in support of Afghan forces since the end of the international combat mission.

The mid-January attacks were not announced by U.S. forces at the time but were confirmed when asked about them by Stars and Stripes.

The air attacks were carried out in the Dangam district of Kunar province in support of Afghan efforts to push back Afghan and Pakistani Taliban fighters, according to coalition spokesman Col. Brian Tribus and Afghan officials.

Gen. John Campbell, the top U.S. commander in Afghanistan, ordered the attacks in coordination with Afghan National Security Forces leaders who planned and led the operation, Tribus said in a statement last week. He would not say how many airstrikes were carried out or what kind of planes were used.

Afghan leaders in Dangam said the allied aircraft were instrumental in turning back the Taliban siege in the district.

In mid-December, about 2,000 Afghan and Pakistani Taliban fighters descended on the eastern Afghanistan district. Afghan militias battled the insurgents for weeks but were unable to stem the advance, according to Haji Muzamel, a leader of one of the pro-government militias.

Afghan officials said pro-government militias called for reinforcements, but they were bogged down by a large number of Taliban explosives planted along main roads.

Afghan security forces backed by international air support launched an offensive Jan. 16, or about two weeks after the end of the NATO combat mission, that broke the back of the Taliban push, Muzamel said.

About 12,000 foreign troops, almost half from allied countries, remain in Afghanistan following the Dec. 31 end of the NATO combat mission. But they are in the country to train, advise and assist Afghan forces rather than for combat operations.

Tribus said the airstrikes were “consistent with authorities under the NATO-Afghanistan Status of Forces Agreement” which was adopted last year.

The role of the coalition in post-war Afghanistan remains a sensitive subject. Some members of Congress question whether the rules are sufficient to prevent a collapse of Afghan forces similar to the rout suffered by the Iraqi army last summer in the face of an offensive by the Islamic State.

Secretary of Defense nominee Ashton Carter, during his Senate confirmation hearing this week, said he would weigh possible changes to the military strategy in Afghanistan if the security situation deteriorated.

Sen. John McCain, R-Ariz, head of the Senate Armed Services Committee, has repeatedly questioned the Obama administration’s policy on Afghanistan, expressing concern the country’s military and police are not ready to secure the country.