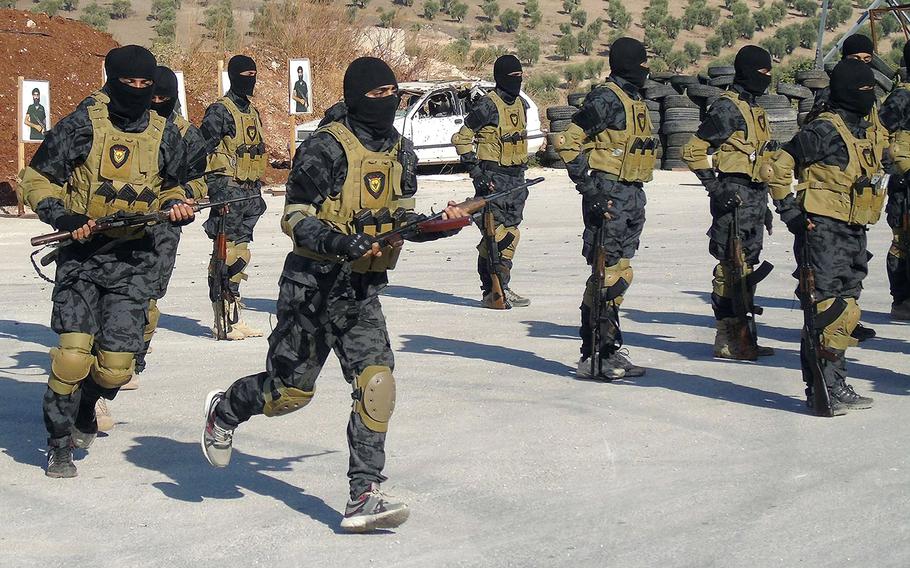 In a March, 2016 file photo, elite fighters with the Kurdish YPG training in Iraqi Kurdistan. (Kurdishstruggle/Planet Pix via ZUMA Wire)

WASHINGTON – The United States began providing weapons to Syrian Kurdish fighters for the first time Tuesday, a Pentagon official said, equipping the group to participate in the impending assault on the Islamic State’s capital of Raqqa despite objections from American ally Turkey.

The United States started distributing rifles, ammunition and vehicles to the Kurdish People’s Protection Unit, known as the YPG, about three weeks after President Donald Trump approved arming the group, said Eric Pahon, a spokesman for the Defense Department. The YPG make up about half of the Syrian Democratic Forces, the U.S.-backed militia force charged with destroying ISIS in Syria.

The move has potential to further enflame tensions between the United States and Turkey, who considers YPG a terrorist organization closely associated with the outlawed Kurdistan Worker’s Party, or PKK. The United States considers PKK a terrorist group, but top American officials have consistently said they have observed no evidence that YPG is any threat to Turkey.

Turkey is a member of the more than 60 nation anti-ISIS coalition, and is home to Incirlik Air Base, which U.S. and other coalition warplanes use to fly missions against the terrorist group.

Pahon on Tuesday said YPG was only receiving basic military gear, and any equipment provided in the future would be based on “specific military objectives.”

“Our goal is to issue this stuff strictly on an as-needed basis,” he said. “We are confident that we can monitor the equipment we are issuing to ensure it is only used against ISIS.”

The Pentagon has not provided a detailed list of the gear it will provide to YPG. Generally, Pahon said, the Kurdish fighters would receive rifles, machine guns, personal protective equipment and armored vehicles such as Guardian armored personnel carriers and bulldozers. YPG is not expected to receive advanced shoulder-fired missile systems.

The Syrian Democratic Forces, aided by U.S. special operations advisers and coalition air power, have retaken vast swaths of land across northern Syria from ISIS since the United States began backing them in 2015.

In addition to YPG, SDF includes Syrian Arabs, Christians and Turkmen. In has nearly surrounded Raqqa and, in at least one unspecified area, moved to within about four kilometers of the city that ISIS has held for more than three years, according to Navy Capt. Jeff Davis, another Pentagon spokesman.

YPG has long called for the United States to provide it with weapons. The U.S. military provided gear to the non-Kurdish parts of SDF.

A statement issued by YPG in the days after Trump’s decision to provide the group with arms called it a “historic decision.”

“This decision will bring rapid and important results for the democratic forces fighting against terrorism,” the statement read.