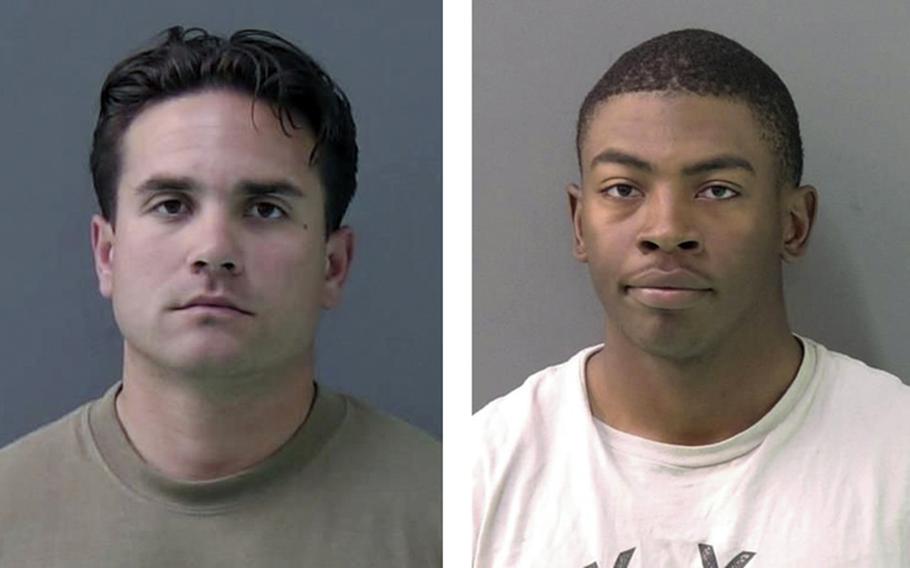 AUSTIN, Texas – Two Fort Hood soldiers were among 10 men arrested last week on the charge that they solicited a prostitute during a three-day human trafficking sting, according to officials for the Bell County Sheriff’s Department.

In total, 15 people were arrested and nine women were directed to support services that help victims of human trafficking, Maj. T.J. Cruz, spokesman for the sheriff’s department, said Wednesday.

During a three-day “John” sting that began May 6, Spc. David Kulhanek and Spc. Myles Broadnax, both Fort Hood soldiers, responded to online advertisements and arrived at a Killeen motel seeking sex, but they were instead arrested by the sheriff’s department, Cruz said. Both have since been released from jail and face prostitution charges.

Kulhanek is an indirect fire infantryman with the 3rd Cavalry Regiment, said Chris Haug, spokesman for Fort Hood. Broadnax is a cable systems installer and maintainer with the 11th Signal Brigade.

Others arrested on a prostitution charge include a local pastor and the owner of a local motel, reported the Temple Daily Telegram. Two people were charged with human trafficking and three others with promoting prostitution.

This is the fourth prostitution sting conducted by the department in about two years, Cruz said. In a previous sting, no soldiers were arrested, but in another it was mostly soldiers, he said.

Bell County, which includes much of Fort Hood, is situated in central Texas along Interstate 35, which begins in southern Texas near the border with Mexico. This makes the county susceptible to human trafficking operations, Cruz said.

“It’s a problem that everyone is having and we wanted to do our part to combat it,” he said.