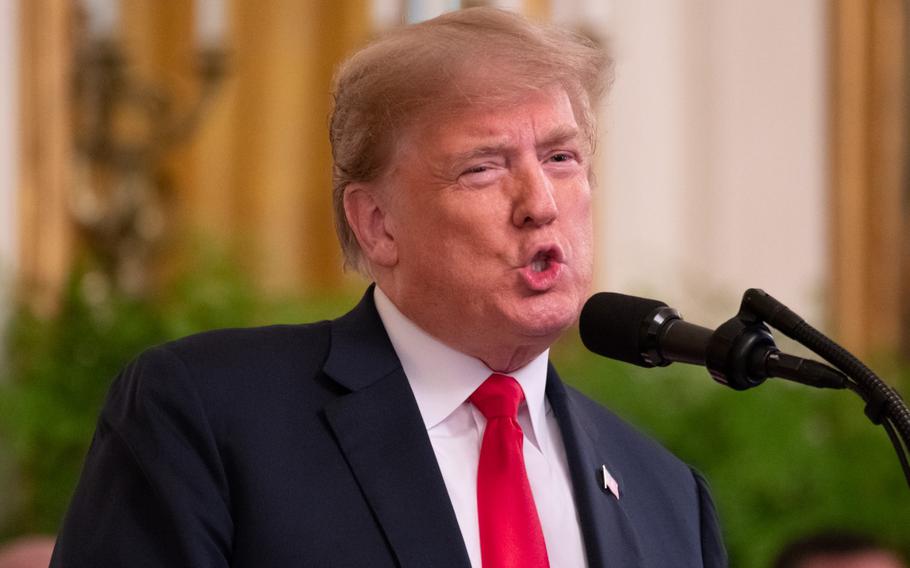 The officials said Trump would donate his quarterly salary to the U.S. Small Business Administration, which will use the money to establish an “Emerging Leaders” program solely focused on helping veterans start small businesses after military life.

Since 2008, the Small Business Administration has offered a seven-month “Emerging Leaders Initiative” training program in dozens of U.S. cities, including Sacramento, Calif., Houston and Washington, D.C. The program offers free entrepreneurship education and training for owners of small companies. It has trained more than 5,000 small business owners.

Agency administrator Linda McMahon said the Trump donation would be “put to good use” and used to create a similar program focused on veterans.

“This is awesome,” McMahon said. “This money is going to be used in our veterans program. We are going to establish a seven-month intensive training program… helping (veterans) transition from military life into private sector if they desire to start their own jobs and their own companies to be entrepreneurs.”