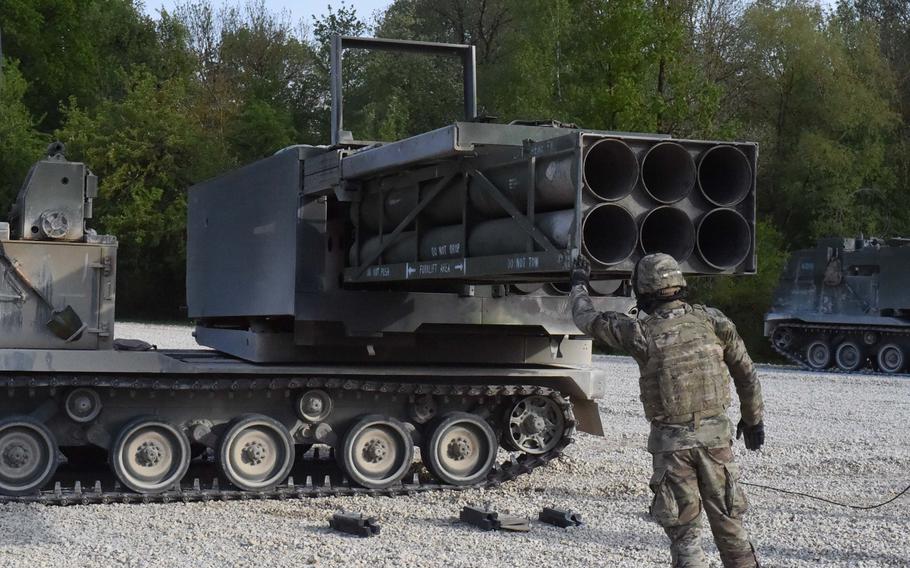 STUTTGART, Germany — President Donald Trump has ordered the Pentagon to pull nearly 10,000 troops out of Germany by September, which would mark a sharp drawdown in a country that is home to the largest number of forces in Europe, it was reported Friday.

Pentagon officials on Friday said they were unaware of the plan. But the Wall Street Journal, citing unnamed government officials, said White House National Security Advisor Robert O’Brien recently signed off on it.

The move would cut 9,500 troops from the 34,500 that are stationed in Europe, the Journal reported. The plan also would put a cap on the number of forces that could be in Germany at any given time to 25,000 personnel, which would put tight restrictions on the types of training missions that U.S. European Command could carry out in the country.

Reuters News Agency quoted an unidentified Administration official as saying some of the 9,500 troops would be sent to Poland, some to other allied countries, and some would return to the United States.

Former U.S. Army Europe commander Ben Hodges, in a Twitter post, described the plan as a “colossal mistake” not tied to any strategy and “a gift” for Russian President Vladimir Putin.

An Air Force F-16 squadron and Army support units are among the forces that would be moved out of Germany, The New York Times reported, citing unnamed former defense officials.

In recent years, the military has relied heavily on rotational forces to move in and out of Germany for NATO related exercises. During major drills, the total force can increase to roughly 50,000 depending on the nature of the training.

Trump has long complained about Germany and its role in the NATO alliance. Trump, who has made threats in the past about pulling U.S. forces, has repeatedly complained that Germany invests too little in defense and that Berlin is a security free rider.

The Journal said the decision has been under discussion within the administration since September and wasn’t linked to German Chancellor Angela Merkel’s recent refusal to not to attend a G-7 meeting in Washington this month.

It’s not clear what forces would be pulled if the plan is put into action. The U.S. military’s main hub in Germany is Ramstein Air Base, which plays a key role in support military missions not just in Europe but also in the Middle East and Africa. The U.S. also has thousands of troops based in Grafenwoehr, where the Army has infantry units and a large training center. Stuttgart, home to the headquarters of U.S. European and Africa Commands, also is a major hub.

If true, Trump’s decision to cut forces would come at a time when the Pentagon has sought to increase capabilities in Europe, where there are concerns about a more aggressive Russia. For years, the Pentagon had steadily cut force levels in Europe as part of the post Cold War drawdown, but Moscow’s 2014 intervention in Ukraine brought renewed military attention to the Continent.

Moving 9,000 troops, many of them likely with families, within three months would be a major logistical undertaking. EUCOM declined to comment on whether it was drawing up plans to scale down, referring questions to the Pentagon.

Trump has a track record of making threats about pulling troops from overseas locations. In December 2018, former Defense Secretary Jim Mattis resigned after Trump said he was withdrawing forces involved in the fight against the Islamic State group in Syria. However, nearly two years later U.S. troops are still in that war-torn country.