Weltenburg Abbey: Prime example of architecture from the gilded age 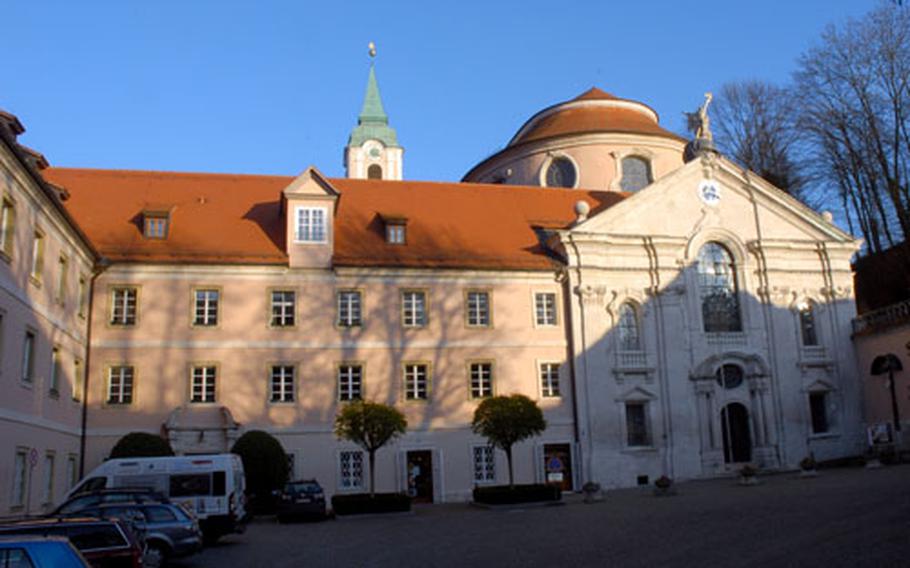 The courtyard of the Weltenburg Abbey gives litte hint of the baroque glories of the inside of the church, whose entrance is on the right. The abbey dates to the early seventh century, the church to the 18th. (Mark St.Clair / S&S)

The courtyard of the Weltenburg Abbey gives litte hint of the baroque glories of the inside of the church, whose entrance is on the right. The abbey dates to the early seventh century, the church to the 18th. (Mark St.Clair / S&S) 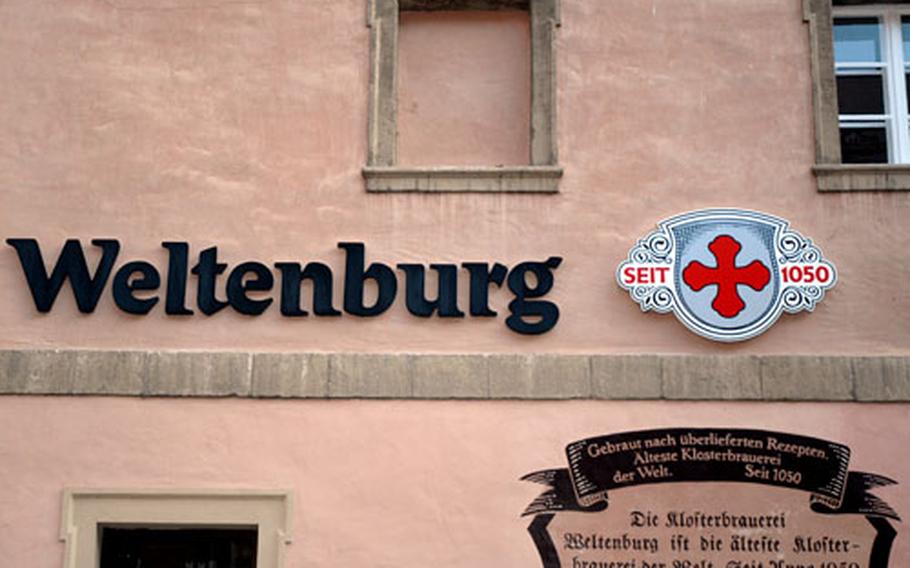 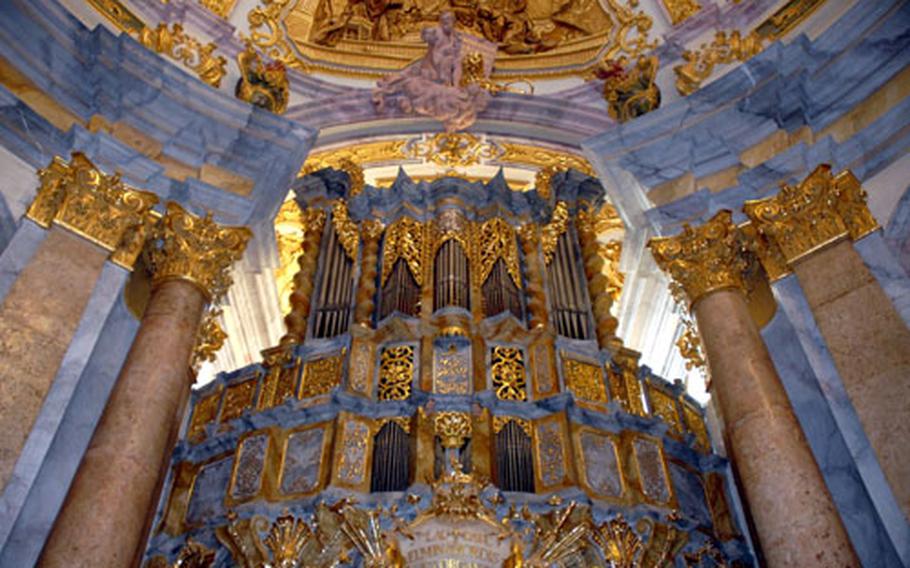 The chapel organ is flanked by pillars and surrounded by statues and paintings. In typical baroque fashion, the church&#39;s interior is highly decorated. (Mark St.Clair / S&S) 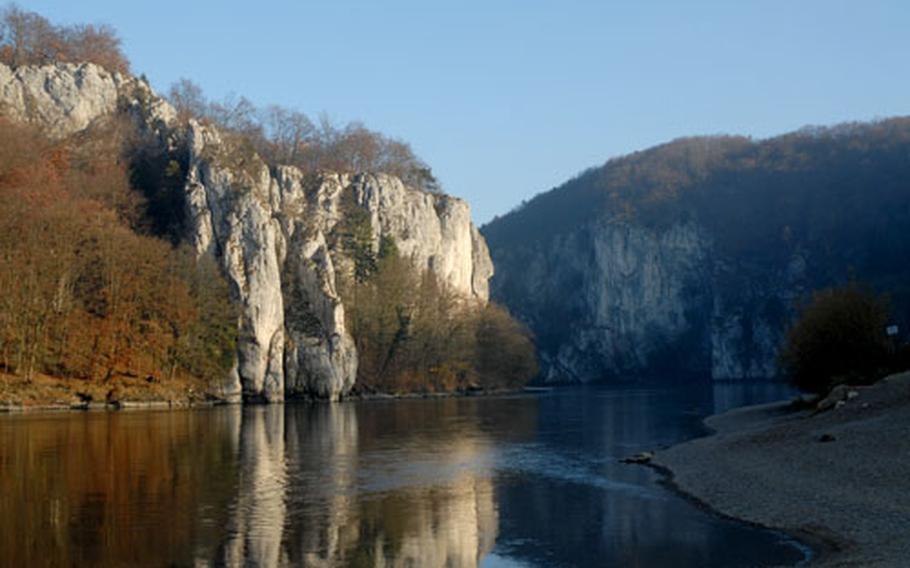 A view of the Danube River gorge seen from the Weltenburg Abbey. Boat tours through the gorge stop at the abbey and its restaurant. (Mark St.Clair / S&S)

On a picturesque bend in the Danube River between Regensburg and Munich sits one of the oldest monasteries in Germany, the Weltenburg Abbey.

Famed for is history &mdash; the monastery was founded in 610 A.D. &ndash; &mdash; and world-class beer &mdash; its brewery products have won medals at the World Beer Cup &mdash; Weltenburg is a gorgeous example of baroque architecture.

One of its highlights is the abbey church, which sits on the banks of the Danube. Construction on the church, dedicated to St. George, began in 1716 under brothers Cosmas Damian and Egid Quirin Asam, well-known German architects, and was finished 35 years later.

In typical baroque fashion, it is decorated throughout with ceiling frescoes, paintings in gilded frames, statues and other works of art &mdash; including a depiction of Cosmas Damian that looks down from cupola above the sanctuary.

The church is still used by the abbey&rsquo;s 14 Benedictine monks, who hold several services weekly.

Almost as old as the abbey is its brewery, which has been in operation since 1050 and is said to be the world&rsquo;s oldest monastery brewery. Among its products is Weltenburger Kloster Barock Dunkel, which was named the best &ldquo;European-style dark beer&rdquo; at the World Beer Cup in San Diego in 2004 and again in 2008. Last year, the brewery also won a silver medal for its Kloster Anno 1050 marzen beer.

During much of the year, the beer garden in the Abbey&rsquo;s courtyard is packed with revelers, many of whom travel up or down river on boat tours and stop in to visit the church and sample the gold-medal beer. The garden recently closed for the season, but those wishing to eat or drink can try the restaurant, which is open on weekends through the end of the year.

Visitors also can take a look in the Abbey museum, open daily, with exhibits recalling 1,400 years of history.

Just as impressive as the buildings are the Danube gorge and Arzburg mountain, which dominate the nearby countryside. For those wishing to see more of the river, there are boat tours going through the gorge that begin in Regensburg or Ingolstadt and stop at the abbey.

Also worth a visit in nearby Kelheim is another piece of historical interest, the Hall of Liberation. Commissioned by King Ludwig I and completed in 1863, it commemorates German victories in the Napoleonic Wars. The hall is open from 9 a.m. to 4 p.m. daily during the winter months, until 6 p.m. during the rest of the year.

Know and go ...Directions: From Autobahn 3, take exit 94 toward Parsburg, then follow signs to Kelheim and then on to the abbey. From A93, take exit 45 just south of Regensburg and follow Route 16 along the Danube to Kelheim. There is a parking area about a 10-minute walk from the Abbey.

Costs: Walking on the abbey grounds is free. Entrance to the Abbey museum is 2 euros for adults and 1.50 euros for students.

Food: The abbey restaurant is open on weekends through the end of the year, then reopens for regular hours in mid-March. The beer garden is closed until March 15. Several restaurants and and cafes are in nearby Kelheim.