Weinheim: Hike up to 2 castles, then enjoy a meal in pleasant German city 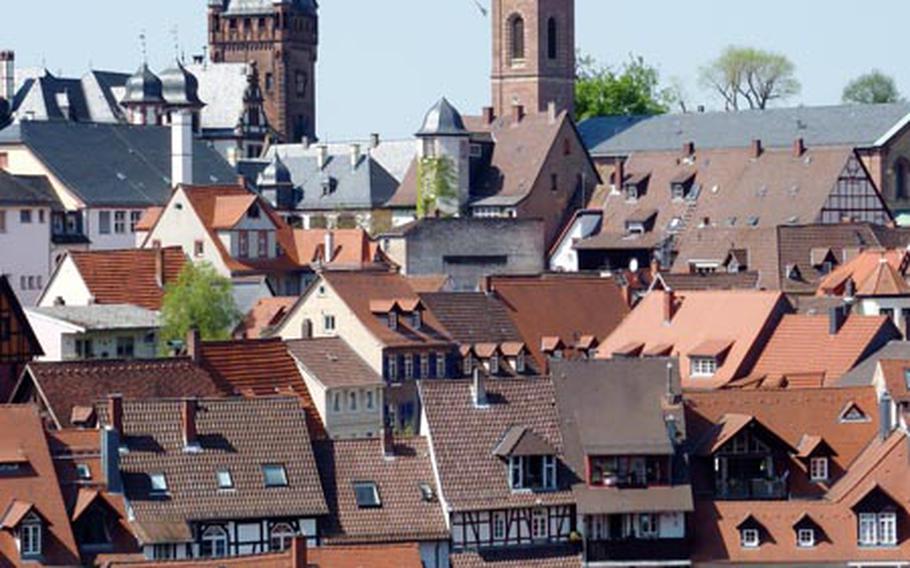 A view of Weinheim from the footpath to Windeck Castle. (Michael Abrams / S&S)

A view of Weinheim from the footpath to Windeck Castle. (Michael Abrams / S&S) 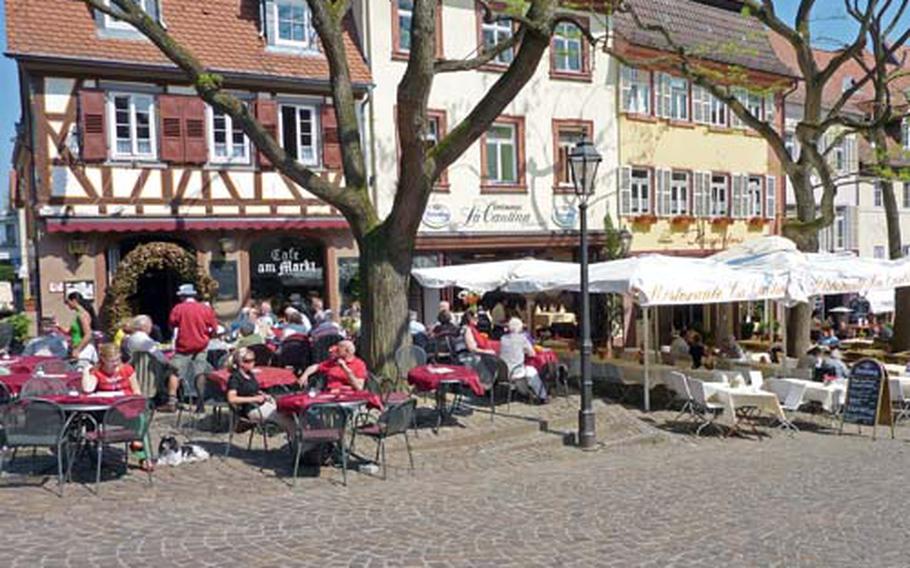 Weinheim&#39;s marketplace, lined with cafes and restaurants, is popular with locals and tourists. (Michael Abrams / S&S) 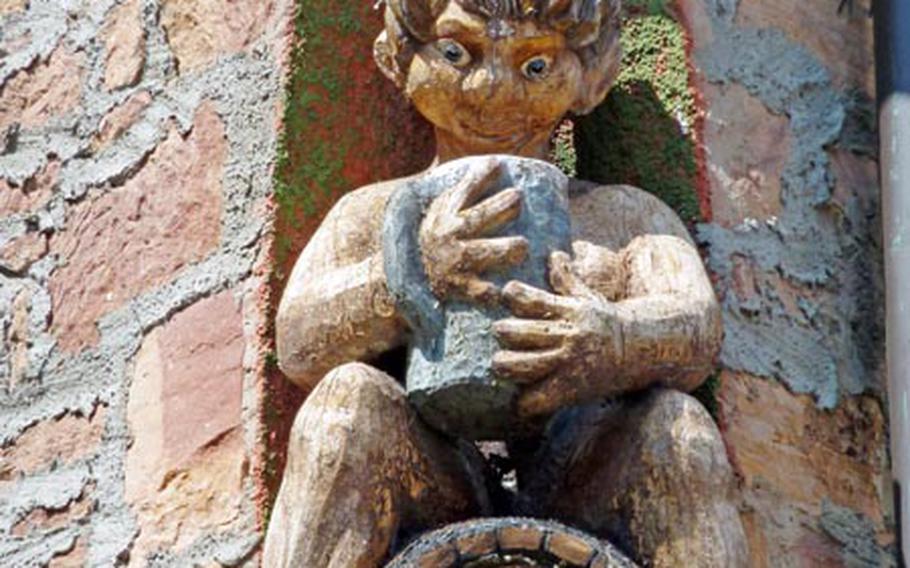 This statue of a guy looking into his beer mug adorns an old house in Weinheim, Germany. (Michael Abrams / S&S)

With two castles looming over it, a restaurant-filled marketplace and a former tanning district, Weinheim emits Old World charm.

The ancient city lies on the Bergstrasse, Germany&rsquo;s castle- and vineyard-lined scenic road running from Darmstadt to Heidelberg.

Because the marketplace has so many eateries and the town is dotted with many more, it is not a bad idea to plan a tour of Weinheim around a meal. There are many ways to do this, but a good start would be with a hike up to Windeck Castle.

If your hike starts in the town center, you will pass through the Gerberbachviertel, the old tanners district.

An open stream flows where tanners once worked hides of ox, cow and calf for shoes and saddles, and game, sheep, goat and pigskin for leather for clothes. Today that is gone, but the district, with its half-timbered houses, small squares and colorful flower boxes, is still a highlight of a visit. Buildings worth noting here are the Kerwehaus, a mid-16th century structure now used by the city&rsquo;s carnival committee, and the B&uuml;dinger Hof, also a 16th-century half-timbered house. Then head up the hill to Windeck.

Windeck, the second-oldest Bergstrasse castle, was built at the start of the 12th century and destroyed in 1114. Rebuilt, it was finally destroyed in 1674. The walk up to the castle is about 7&frac12; minutes for an infantryman, but closer to 15 for a mere mortal.

At the castle there is a fine view of the Rhine River valley past Mannheim to the hills of the Pfalz. Climb the castle tower for an even better view of Weinheim and the Wachenburg, higher up another hill.

Built between 1907 and 1913 by local fraternities in memory of members killed in the 1870-71 war against France, it is the newest castle on Bergstrasse.

By the time you hike back down, it will be time for lunch.

Most of the tourists and many of the locals find a seat on the rectangular, cobblestone marketplace. The gabled old city hall is located here, with a fountain topped by a statue of Justice.

Afterward, head up to the Schloss &mdash; the palace &mdash; once home to the Counts of Berkheim and now the city hall. The oldest parts of the palace date to 1400. It was later expanded in Renaissance style. In the 19th century, the Berkheims had much of it redone and built the neo-Gothic tower (the restaurant here would be a lunch alternative).

If you enjoy nature, Weinheim&rsquo;s so-called green mile is the place to go. The Schlosspark, with paths crisscrossing a well-groomed lawn, is ideal for a nice post-lunch stroll, past flowerbeds and a small lake. Works of art dot the landscape, and there are a couple of playgrounds.

The arboretum, a forest park featuring many old, non-native trees, including 180-foot-tall redwoods, is beyond the Schlosspark.

In the other direction you come to the Hermannshof, the city&rsquo;s botanical gardens, with more than 2,000 varieties of plants and shrubs.

The city museum, housed in the former home of the Teutonic Order, is nothing outstanding, but its displays of prehistoric and Bronze Age finds, paintings of Weinheim and palace furniture, round out a visit to the city.

Weinheim is just off Autobahn 5, north of Heidelberg, or at the end of A659 coming from Mannheim. From the Kaiserslautern area, take A6 to A659 and from Wiesbaden, A67 toward Mannheim then A659. In Weinheim, follow the Altstadt signs to the city center.

There are plenty of places to eat in Weinheim, in all price classes. The ones along the marketplace are naturally the most popular.

Go to www.weinheim.de for the city&rsquo;s Web site, and then click on Tourismus for tourist information.