Verdun, France: Where WWI was at its worst Visitors to the Douamont Ossuary and Cemetery outside Verdun, France, can walk through the rows of gravemarkers. (David Josar / S&S)

Visitors to the Douamont Ossuary and Cemetery outside Verdun, France, can walk through the rows of gravemarkers. (David Josar / S&S) 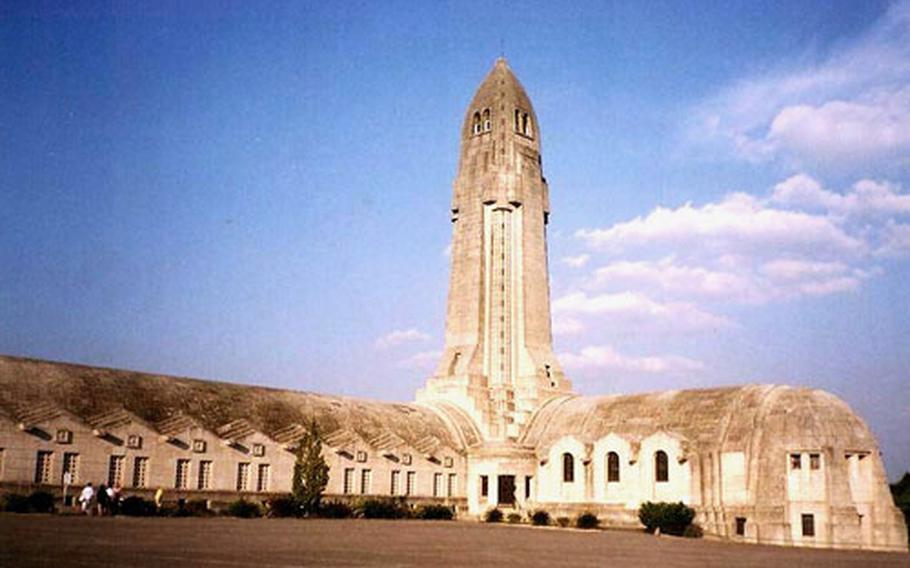 The Douaumont Ossuary is a memorial to the nearly 1 million casualties suffered by American, French and German troops during World War I outside Verdun, France. Inside, the bones of 130,000 unidentified soldiers are buried. (Courtesy of the Verdun Tourism Office) 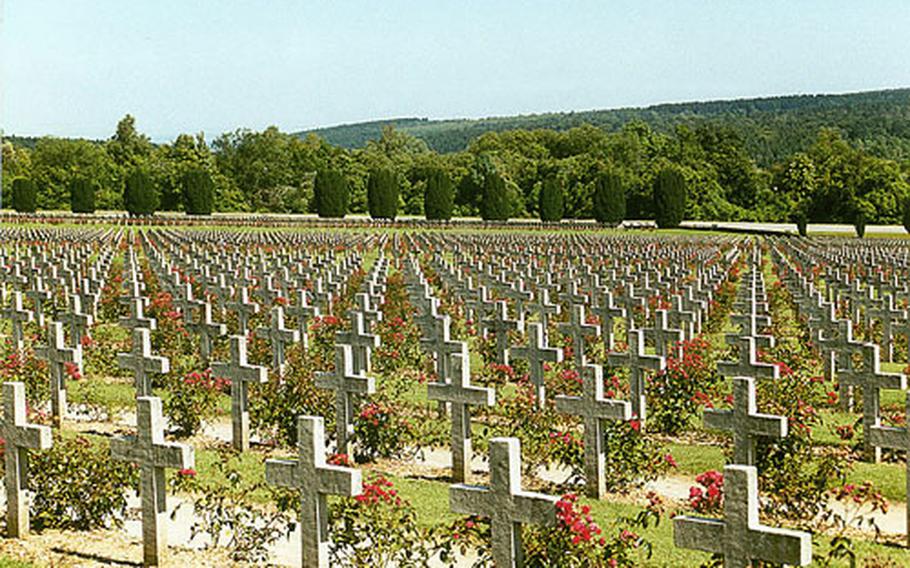 More than 16,000 German and French soldiers are interned under markets in the Douaumont Ossuary, near the area in Verdun, France, where 120,000 Americans died and French and German troops sustained 700,000 casualties during World War I. (Courtesy of the Verdun Tourism Office) Visitors to Verdun, France, can traipse over acres of World War I battlefields, which are dotted with bunkers to be explored like this one. (Courtesy of the Verdun Tourism Office)

VERDUN, France &mdash; Even to a nonmilitary history buff, the battlefields that surround Verdun are fascinating.

During World War I, the deadliest, most intense fighting in human history occurred here as the Germans and French fought from February to December 1916 over a changing front.

All elements of WWI warfare took place here: vicious artillery attacks, trench warfare and the use of poison gas. The French and Germans suffered about 700,000 casualties. Nearly all of this occurred in a 6-mile-square area.

The battlefields are easy to find along a roughly 15-mile stretch of well-marked road outside the town of Verdun. There are small admission charges to some of the sites, but most of the area is accessible for free.

Visitors can walk over the preserved fields and into the trenches. They can climb over and around the key forts and walk between the seemingly never-ending rows of tombstones.

There are several ways to tour the battlefields.

First, stop off at the tourist information office in downtown Verdun. The office will provide a free map, in French, that hits the high points, such as Fort Douaumont, the focus of much of the battle. The French initially had used the fort to protect the region but quickly retreated when German troops advanced. They later fought to get it back.

There are regular bus tours of the grounds. These stop during late fall and winter, although there are several private companies that can function as chauffeur and guide.

But that kind of tour is unnecessary. The tourist office has a decent guidebook in English for about 10 euros that should satisfy most people, although definitely not the serious military historian.

Plan on one day to explore the major sites. Highlights include:

&bull; Fort Douaumont, where for 3 euros visitors are given a laminated information card in English and are essentially left free to explore.

In the fort, you can walk through the old infirmary, the munitions room, sleeping quarters and kitchen, all buried under rock and concrete. During the war, munitions exploded and trapped about 70 German soldiers. Their bodies were not recovered, and there is a memorial to them.

&bull; The Douaumont Ossuary, where inside are the bones of 130,000 unidentified soldiers and outside is a military cemetery with more than 16,000 graves.

Visitors can climb to the top of the monument and also view a slide show of the battles.

&bull; Bayonet Trench, where an artillery blast killed dozens of French soldiers by burying them, standing, in their trench positions.

Do not be deterred by the American-style shopping mall, McDonald&rsquo;s restaurant and other garish shops in the Verdun suburbs from exploring the actual city of Verdun, which lies along a river. You will find house barges docked along the shore, and narrow cobblestone streets leading to small restaurants, shops and chocolate stores.

Directions: Verdun, France, is about three hours&rsquo; drive from Frankfurt, W&uuml;rzburg or Stuttgart, and about two hours from Kaiserslautern. Budget about 20 euros each way for tolls on the French autoroute, and remember Army and Air Force Exchange Service fuel coupons are not valid in France, so try to fill up before leaving Germany.

Times: Opening and closing times vary, but most sites open at 8 a.m., close at 5 p.m. and close for lunch between noon and 2 p.m. Battlefields are open during daylight hours.

Food: There are two small cafes in the battlefield area, but the town of Verdun has several restaurants. Most have menus in English, German and French, although several are French only.

Info: Nearly everything at the battlefields is translated into English. Most sites can be explored on foot and are along marked roads. Signs warn of the still-real danger of unexploded ordnance and against entering open bunkers. A general Web site about the area is www.verduntourisme.com. However, several others give an excellent overview of the battles. They are: www.geocities.com/sander84 and www.war1418.com/battleverdun.