Tsukiji is by no means the only attraction in the neighborhood 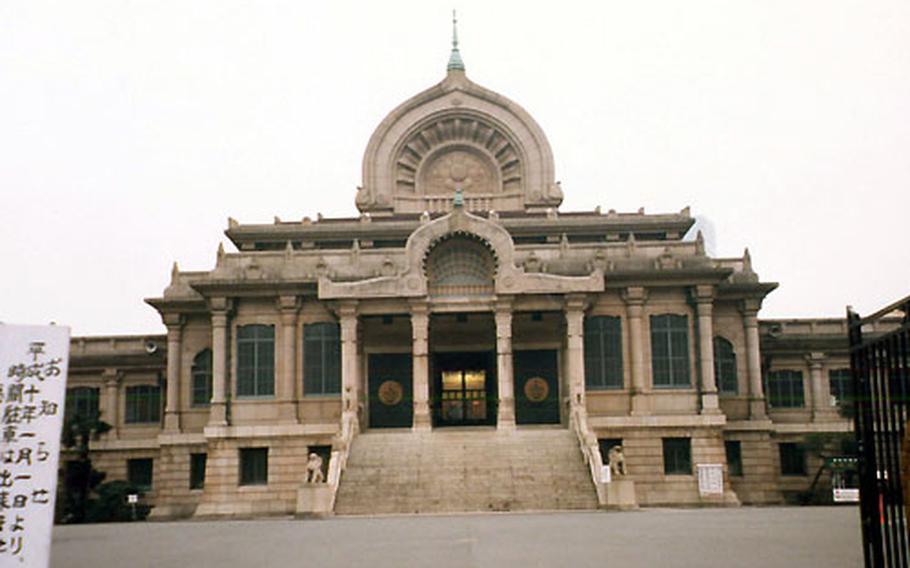 Saying Tsukiji begins and ends with fish is like saying Ben & Jerry&#8217;s is only about vanilla.

After the market, and perhaps some breakfast, you can walk to Hama-Rikyu Gardens, southwest of the market. In season, the gardens have flowers such as cherry blossoms and amaryllis or fall foliage. The garden used to be an official hunting ground for the Tokugawa Shogunate in the 1600s. In 1704, it became the second residence of the shogun, or national military leader. A century and a half later, the garden was where the Meiji emperor met visiting U.S. President Ulysses S. Grant.

Today, the garden is a government-designated special historic site and place of scenic beauty. It houses Tokyo&#8217;s only seawater pond. A teahouse in the middle of the pond serves green tea and Japanese sweets for 500 yen or about $4. Strolling around the park takes about an hour.

Southwest of the garden entrance is the ticketing and departure point for the ferries that leave for Asakusa every hour; a ticket costs 620 yen or about $5.

One option is a scenic view from an observatory. The 47th floor of St. Luke&#8217;s Tower offers a panoramic view of the market, the Imperial Palace and the skyscrapers of Shinjuku. The tower, by the Sumida River, also overlooks Tokyo Bay. From the market, it&#8217;s a 15-minute walk to the northeast.

Along the route is Tsukiji Hongwanji Temple, which gave the neighborhood and market their name. The original temple, built in 1617, burned during the Great Fire of 1657. The temple was denied permission to rebuild at the original site but was given land underwater, off the shoreline. Followers reclaimed the underwater land and named it Tsukiji, which literally means &#8220;built-up land.&#8221;

However, the rebuilt temple was destroyed in the Great Kanto Earthquake of 1923. The current temple replaced it, built in a unique Indian-style architecture in 1934.

The temple offers evening Buddhist services in English once a month. It lasts for about two hours, but anyone may join or leave at any time during the service. The Web site, http://www.tsukijihongwanji.jp/tsukiji/index_e.html, is offered in English. Also, www.myouenji.com/ has service schedules and additional details.

Another nearby attraction is the World Magazine Gallery, 10 minutes north of the market toward Ginza. The gallery offers about 900 titles of the latest and back issues of foreign magazines from 55 countries, to be read for free. The gallery offers approximately 350 titles of U.S. magazines including Maxim, Sports Illustrated, National Geographic, JET and People Magazine.

Tables and chairs are provided, because the magazines cannot be taken out. They can, however, be taken to a coffee shop on the second floor.

The gallery started about 15 years ago when Magazine House, a Japanese publishing company, rebuilt its office in the current location and decided to offer the magazines it used for public reference.

Although the plays are acted in Japanese, the theater rents earphone guides, which offer comments and explanations of the story, music, actors and other features of Kabuki in English.

Those pressed for time can opt to watch a single show, which usually lasts about 90 minutes.

Schedules and other information can be found at www.shochiku.co.jp/play/kabukiza/theater/index.html.

Note: The Tsukiji fish market will be relocated sometime within two years due to area reconstruction &#8212; so don&#8217;t miss the opportunity to see this historic Japanese institution.