Tokyo: Ready for a close encounter? Then Ueno Zoo is for you 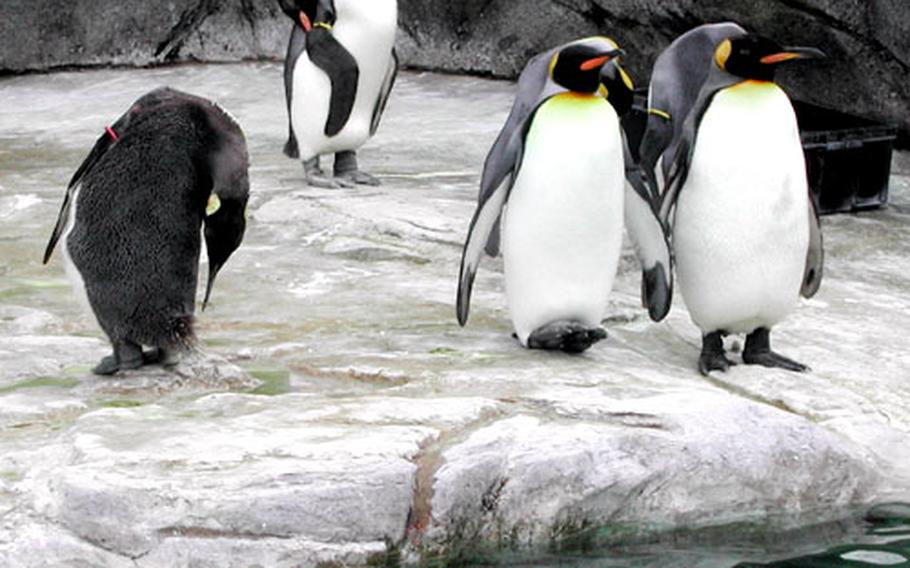 King Penguins, native to barren coasts of the sub-Antarctic islands, are second in size only to the huge emperor penguin. (Hiroshi Chida / S&S)

King Penguins, native to barren coasts of the sub-Antarctic islands, are second in size only to the huge emperor penguin. (Hiroshi Chida / S&S) Gorillas are popular even in statue form at the Ueno Zoo. (Hiroshi Chida / S&S) 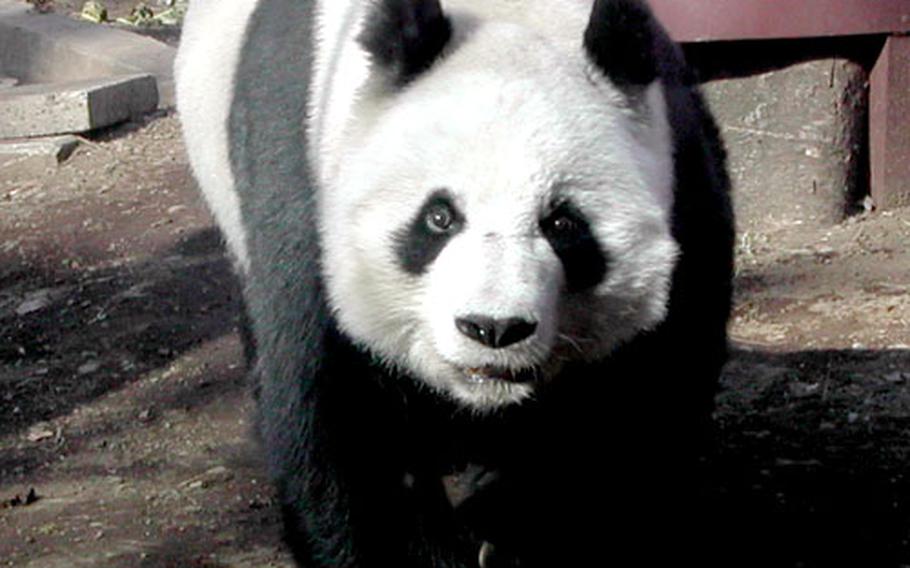 One of the two giant pandas at the Ueno Zoo. (Hiroshi Chida / S&S) 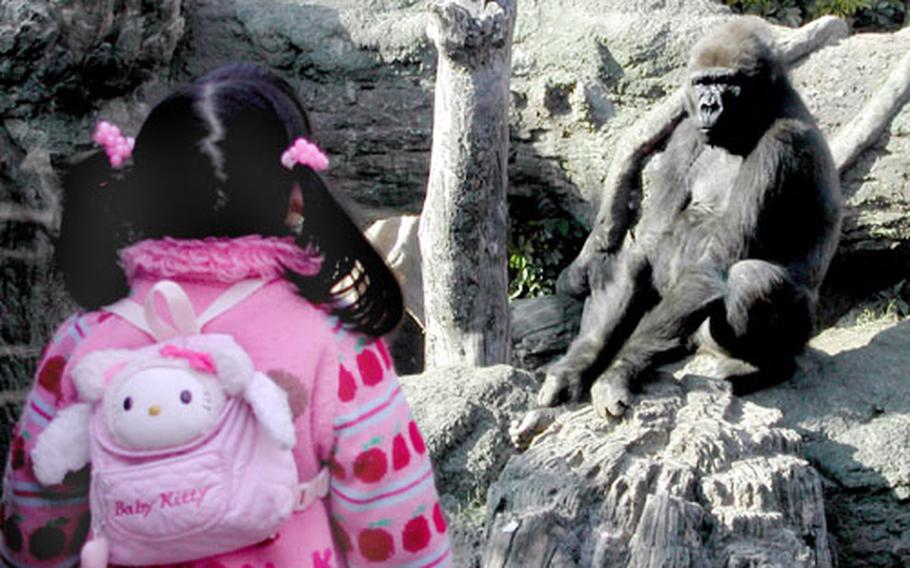 A Western lowland gorilla and a young visitor at Ueno Zoo size each other up. (Hiroshi Chida / S&S)

Ueno Zoological Gardens, more popularly known as Ueno Zoo, is the oldest zoo in Japan and located amid bustling downtown Tokyo in the vast Ueno Park which has many museums and temples. After the Meiji Restoration of 1868, there was widespread recognition of the need for museums and zoological gardens in Japan. Tanaka Yoshio and others made a study tour of Europe and the United States, and the facilities at Ueno were the result.

Founded in 1882 as part of the national museum at Ueno (now Tokyo National Museum), the zoo has grown over the years, expanding its area to 14.3 ha (35.2 acres) and been the flagship of the Japanese zoo world. It is now home to over 2,669 animals from 474 different species, and provides visitors with a learning experience about the diversity of the animal kingdom, as well as fun and enjoyment.

Since 1924, Ueno Zoo has been managed by the Tokyo metropolitan government &mdash; serving as both a learning and a recreational facility. The Ueno Zoo is supported by a staff of around 100. The zoo has sister parks &mdash; Tama Zoo at Tama in Tokyo, Tokyo Sea Life Park at Kasai, Inokashira Park at Inokashira and Ohshima Park Zoo at Ohshima Island.

According to Masaya Ohno, an official of Ueno Zoo, the zoo is visited by 3 million people a year but the figure is dwindling. Officials attribute this to the population decrease of children in Japan and competition with other recreational parks. The zoo is making efforts to attract more visitors, for example, in the &ldquo;Gorilla Woods&rdquo; and the &ldquo;Tiger and Lion Forest&rdquo; visitors experience the thrill of coming face-to-face, nose-to-nose with the amazing creatures. There, the animals and visitors are only separated by glass windows.

Takeshi Iuchi of Tokyo Zoological Park Society said all animals but mammals and birds continue to grow bigger until they die, while mammals and birds stop growing when they reach sexual maturity. Being bigger is advantageous for their survival &mdash; for example, a female can have more babies and a male overwhelm his rivals.

He also said it is not easy to find sickness in wild animals. When they find abnormalities in the animals, most often it is too late to help them or correct it. The wild animals hide their sickness to protect themselves from predators. Iuchi said if a bear is brought up from a baby by people, they can become friendly to us, but since they are so powerful it results in injuries to people in most cases.

Monkeys despite their high level of intelligence cannot become friends to people for the reason that they easily change their boss when they find a stronger one, leaving the current boss.

He described a strange looking African bird &mdash; a Shoebill &mdash; which looks like a statue because it stands so still. Iuchi explained it is because the bird eats frogsa and frogs can see only moving objects.

Iuchi said to really enjoy the zoo a person should visit more than one time and spend time in observing his or her favorite animals. Iuchi said he would be happy if people feel a &ldquo;sense of wonder&rdquo; in finding so many animals existing in the world and in harmony with the flow of life on earth and with human beings.

The Vivarium and the Small Animal House close at 4:15 p.m.

Groups of 20 or more paying individuals are entitled to a 20 percent discount providing the group enters together through one entry at one time.

The disabled and one assistant per disabled person are admitted free.

&para; Location and directions: Ueno Zoo is easy to get to from anywhere in Tokyo. Located in Ueno Park, Taito-ku, Tokyo, the zoo is five to 10 minites&rsquo; walk from JR Ueno Station, Subway Ueno Stations (Ginza-line or Hibiya-line), Keisei Ueno Station, or Subway Nezu Station (Chiyoda-line).

&para; Parking: Pay lots are in the vicinity.

&para; Prohibited: 1) Do not bring dogs and cats or other pet animals; 2) Do not give food to animals; 3) Do not throw things at animals; 4) Do not smoke other than in designated places; 5) Keep the zoo clean; 6) No refund will be made for admission