The future sparkles for English wines 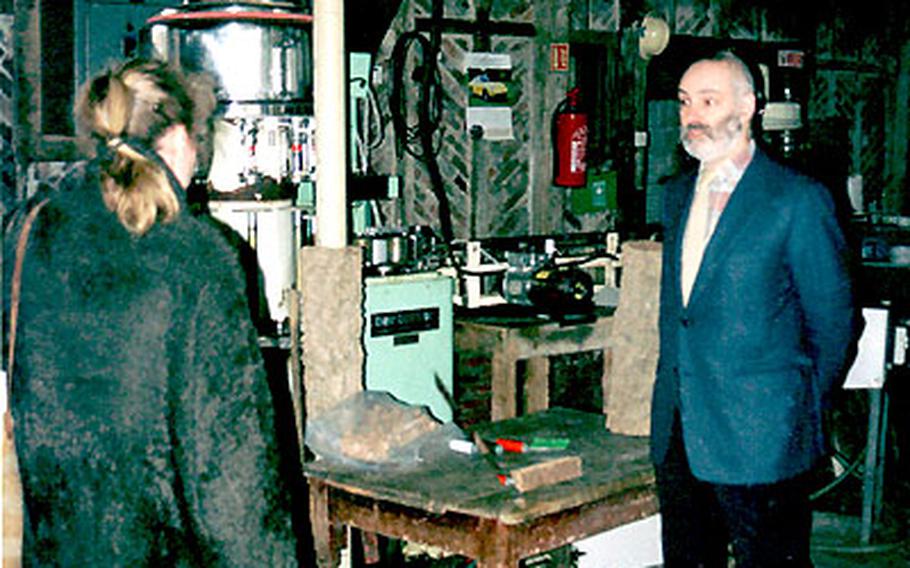 Simon Alper, managing director of Chilford Hall Vineyard, explains the processes involved in the making of a high quality wine to a visitor. (Richard Moverley / Special to S&S)

Simon Alper, managing director of Chilford Hall Vineyard, explains the processes involved in the making of a high quality wine to a visitor. (Richard Moverley / Special to S&S) 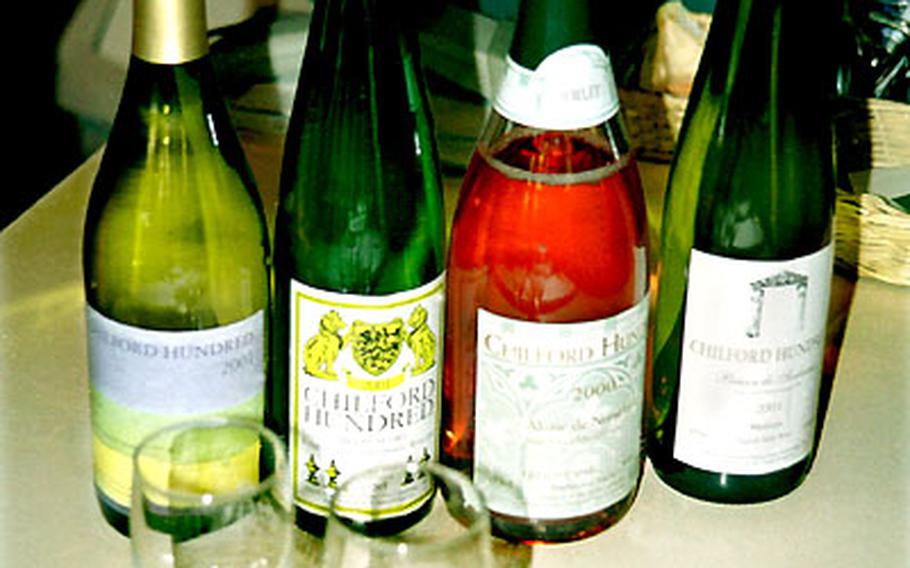 Bottles of wine available from the Chilford Hall Vineyard, including the award-winning pink sparkling, at right. (Richard Moverley / Special to S&S)

While that may seem an odd claim, English wine producers are celebrating an excellent quality vintage and high yields from 2003, and are feeling bullish about prospects for the future.

&#8220;A lot of English sparkling wines are right up there with the great houses of Champagne,&#8221; he says. &#8220;And it&#8217;s no wonder: The geology and climate in southeast England is almost identical to that of Champagne.

&#8220;What with global warming, the Champagne area will probably move to England in the future &#8230;. A great advantage for us is the mild climate and lack of frost. Some of the big Champagne houses are already interested in moving into England.&#8221;

English wineries are slowly becoming better known and a tour of these generally small, and often idiosyncratic, wineries makes for an interesting journey.

Although English wine production is seen as a recent development, vines have been grown there since Roman times.

The small Chilford Hall Vineyard was established in 1972 and now produces around 20,000 bottles per year from 18 acres. The vineyard is situated on a southwest facing slope, growing Muller-Thurgau, Ortega, Huxelrebe, Schoenburger, Reichensteiner and Siegerrege vines for a mix of intense flavors.

Tours of the vineyard run three times a day in season. These allow visitors to learn about the various processes such as crushing and pressing, fermentation, clarification, barrel aging, bottling and labeling.

&#8220;Most popular is the pink sparkling wine,&#8221; says Alper. Like many successes, it was actually the result of an accident.

Only 1,500 bottles of the pink sparkling wine are produced each year and quickly sell out. And the bottles of white wine also sell well straight from the vineyard. Those I tasted were clean and fresh with a fragrant bouquet and delicate, fruity flavor.

Pressed on the economics of winegrowing, Alper falls back on the adage &#8220;To make a small fortune in wine, you need to already have made a large fortune from something else.&#8221;

But winegrowing in England is definitely on the upswing.

The main problem for English producers is volume. &#8220;Here at Chilford Hall we don&#8217;t produce enough bottles to satisfy the demands of supermarkets,&#8221; Alper says. &#8220;And, in general, there are not enough vineyards in England to meet the demand for high turnover. But it&#8217;s getting easier to sell our wines and most are sold here straight from the vineyard.&#8221;

New Wave wines tried to surmount this problem of supply and demand by merging two of the biggest wineries (Lamberhurst and Chapeldown) in 2001. Now, it produces around half the wine made in England.

&#8220;We source from growers across the Southeast of England,&#8221; says Fraser Thompson. &#8220;This enables us to spread the risk and provide a full range of wines.

&#8220;Scale is important and we&#8217;re by far and away the largest producer in England. We can also offer blended wines at the right price for supermarkets.&#8221;

And it&#8217;s true that the the company&#8217;s Bacchus and Chapeldown labels are some of the few English wines featured on supermarket shelves.

&#8220;Traditionally there have been too many small vineyards in England selling substandard wines at a high price. Our wines are priced from 5 pounds to 14.99 pounds and I would challenge anybody to say that any of them aren&#8217;t worth it.&#8221;

Like many English vineyards, Tenterden boasts a spectacular setting in the heart of the Kent countryside. But even that is probably eclipsed by the Camel Valley vineyard near Bodmin, in southern Cornwall.

It was started in 1989 by former Royal Air Force member Bob Lindo after a midair collision caused him to eject from his plane, and left him with a broken spine. Camel Valley now produces 10,000-25,000 bottles per year including sparkling, some dry whites and a red.

Sam Lindo, Bob&#8217;s son, also agrees that this is a bumper time for English wine.

&#8220;Conditions are very good and wineries seem to be making the right style of wine for the climate,&#8221; he says. &#8220;In particular they are making crisp, clean whites with a delicate flavor which go extremely well with fish and seafood. Here in Cornwall a lot of restaurants serve fish, and English wines are filling a gap in the market.&#8221;

Camel Valley provides wines for Rick Stein&#8217;s famous seafood restaurant in the Cornwall harbor town of Padstow and its Seyvel Blanc was formerly stocked by a casino in Las Vegas.

Richard Moverley is a freelance writer living in England.

The English wine Web site www.english-wine.com claims there are more than 400 wineries in England and Wales, and lists more than 30 of them. Among them:

Camel Valley produces crisp, clean white wines, fresh and fruity red wines and sparkling wines. Its shop is open from 10 a.m. to 5 p.m. year round. Guided tours are at 2.30 p.m. April 1 to Sept. 30, and cost 3.50 pounds (about $6.75) There are also grand tours of the winery on Wednesdays at 5 p.m. Tickets are 5 pounds and reservations are advised.

Chilford also has a conference and banquet center licensed for marriage ceremonies.