Stockholm: Lots to see in city of waterways and parks 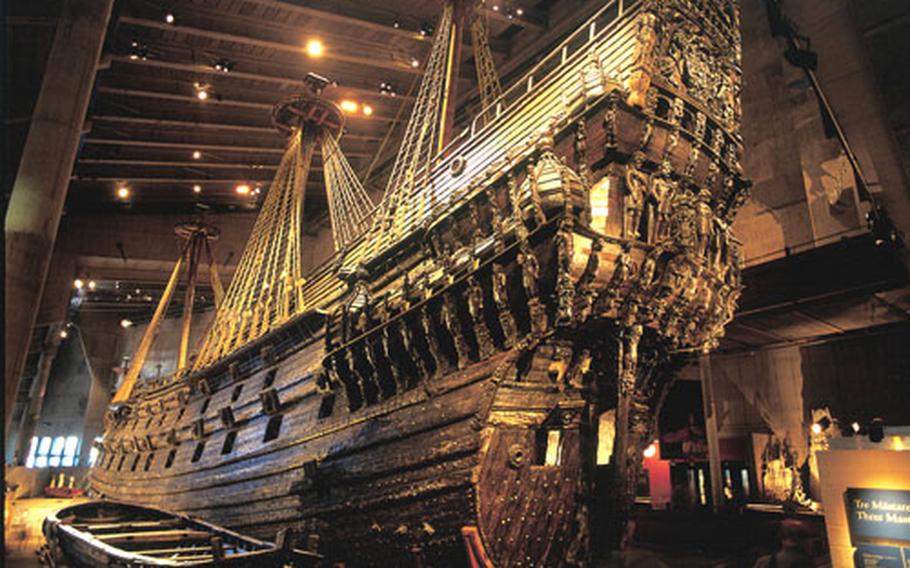 The warship Vasa is the only intact 17th century ship in the world. It was salvaged in 1961, after 333 years in the depths of the sea, and has been restored to its original appearance inside the Vasa Museum in Stockholm. (Richard Ryan / Courtesy of Image Bank Sweden)

The warship Vasa is the only intact 17th century ship in the world. It was salvaged in 1961, after 333 years in the depths of the sea, and has been restored to its original appearance inside the Vasa Museum in Stockholm. (Richard Ryan / Courtesy of Image Bank Sweden) 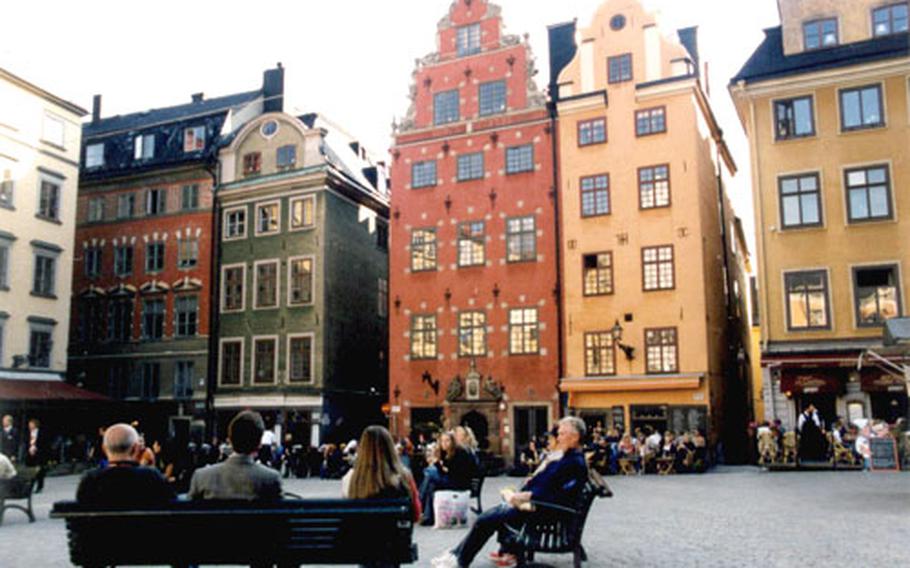 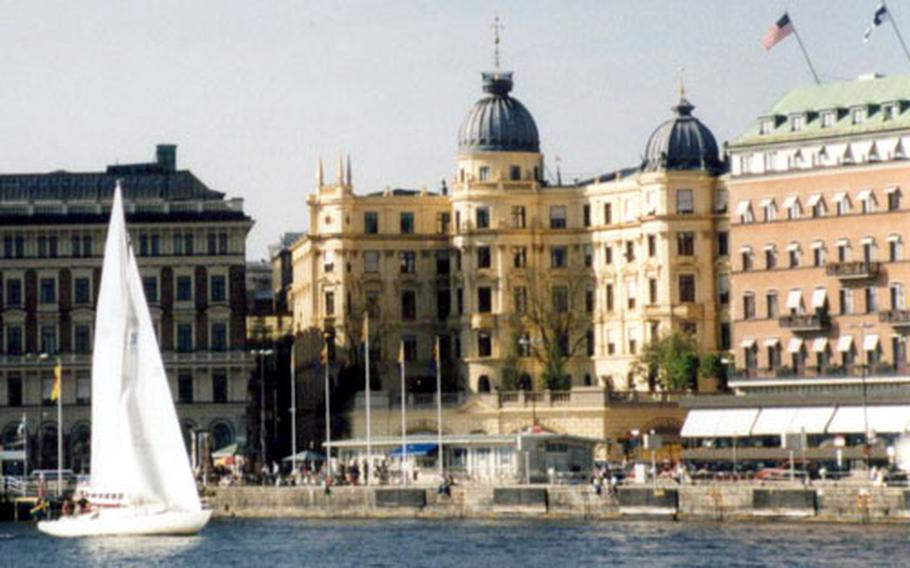 A sightseeing excursion by boat is a good introduction to Stockholm. This is a view of the city center taken during a tourist cruise. (Leah Larkin / Special to S&S) 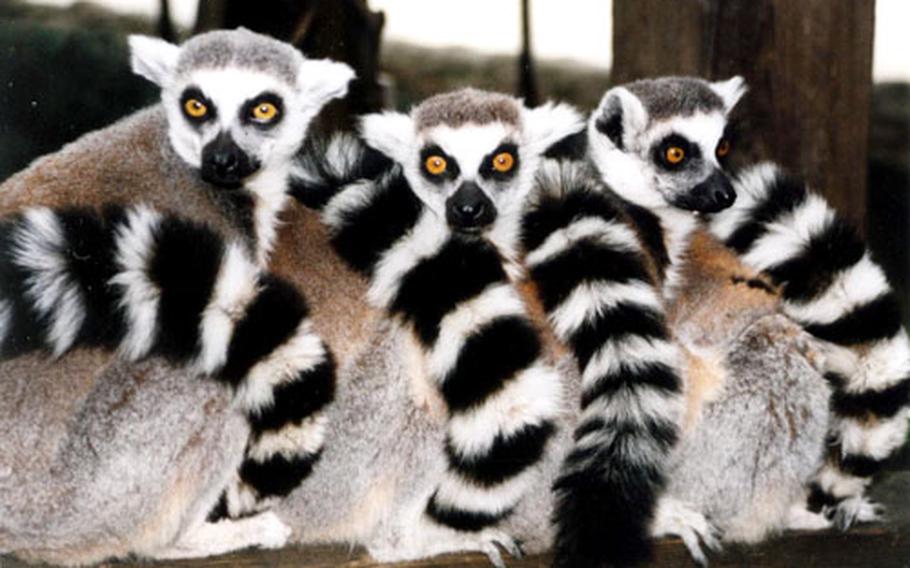 These lemurs are at home in the aquarium in Stockholm’s open-air museum, Skansen. (Leah Larkin / Special to S&S) 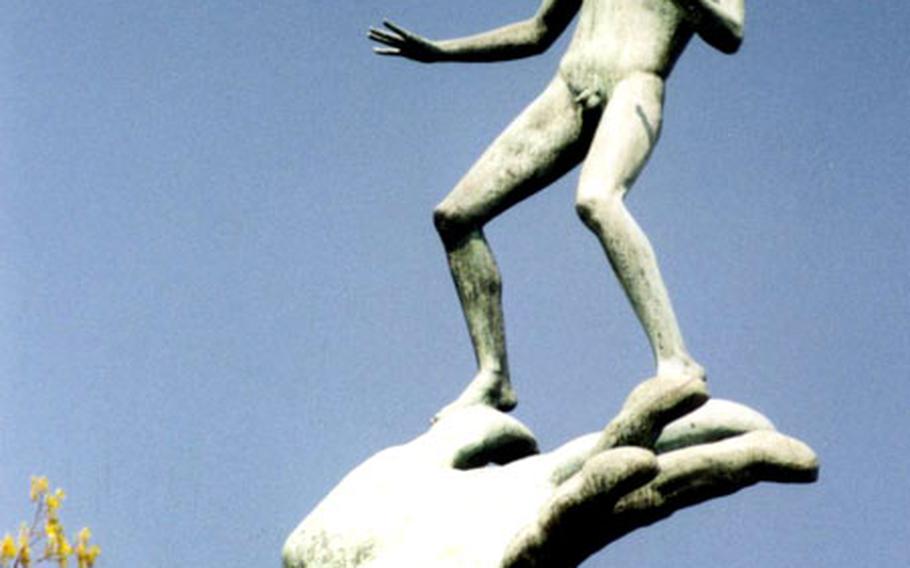 Outside of the city, the Milles Garden features interesting sculptures by Carl Milles in a spectacular setting overlooking the town and water. (Leah Larkin / Special to S&S)

The warm August sun glistened on the water. A crowd of excited spectators stood on the shore, their eyes focused on a splendid sight &mdash; the Vasa.

It was a beauty, a tall ship elaborately decorated with carved lions, cherubs and warriors painted in brilliant colors, some gleaming with goldleaf.

The warship with 64 cannons was the latest addition to the royal fleet of Swedish King Gustavus II Adolphus. The king had ordered it built to take part in what became known as the 30 Years&rsquo; War.

The ship was ready for its maiden voyage. Four of its 10 sails were set that day in 1628 as the vessel edged away from the quay in Stockholm just below the Royal Castle. The crowd cheered and waved. It was indeed a majestic moment.

The majesty lasted but a few minutes. As the great ship sailed out past the protection of the harbor, a strong gust of wind caught the canvas. The ship listed heavy to the port side, righted, then listed again. Water surged into the open ports. The Vasa went swiftly to its grave in 110 feet of water.

What made the Vasa sink before it ever reached the open seas? Apparently poor design, although the measurements had been approved by the king before construction began. From stem to stern, the three-masted ship measured about 200 feet; at its widest it was 39 feet, and at its tallest, 172 feet. It displaced about 1,300 tons.

Today the Vasa, beautifully restored, sits majestically in a building constructed to house it, the Vasa Museum in Stockholm. The ship was resurrected from the ocean bottom in 1961, but it wasn&rsquo;t until 1990 that restoration and the amazing museum to house the ship were completed. It was our favorite site in Stockholm.

Visitors walk on ramps on several levels around the gigantic 378-year-old ship, which appears to be in such perfect condition that it could sail tomorrow and not sink. On the different levels are fascinating exhibits about life aboard ship, how the ship was salvaged, the ship&rsquo;s history, naval warfare in the 1600s and more.

It&rsquo;s easy to spend a couple of hours in the Vasa Museum. Admire the colors, the carvings, the detail, the size of this glamorous ship. Watch the film on the history, salvage operation (an incredible feat) and treasures of the Vasa. If you see nothing else in Stockholm, see this.

There is more to visit in this cosmopolitan and chic capital that is friendly, fun and family oriented. More than 30 percent of the Stockholm area is made up of waterways and another 30 percent of parks and green spaces, making it a delight, especially in summer when the days are extra long. In late June, there are 19 hours of daylight every day. The sun-starved Swedes enjoy every minute of that sunshine, flocking to the parks, outdoor cafes and restaurants, and to the water in their boats.

For a city overview, take a boat trip. Greater Stockholm&rsquo;s 1.6 million residents live on 14 islands connected by 53 bridges. The Royal Canal Tour lasts an hour and points out the main sites of interest on each of the four islands that constitute the city center. Headsets provide the dialogue of historical and ethnographic information along the way in nine languages, including English.

Explore the sights on the islands. Gamla Stan is the cozy old town, a tangle of cobbled squares and streets, old houses, tall and narrow, topped with cupolas and dormers. The skinny pedestrian-only streets are lined with interesting shops and restaurants and crowded with people. The main Gamla Stan cobbled square, Stortorget, is as lively as Rome&rsquo;s Piazza Navona. An old town highlight is the Royal Palace with its changing of the guard ceremony held every day at noon.

Skansen, which opened in 1891 and is the world&rsquo;s oldest open-air museum, comes right after the Vasa in our list of Stockholm favorites. It is in the city, spread out on the hilltop at Djurg&aring;rden and easily accessible by bus or ferry.

Skansen was founded by Artur Hazelius as a place to preserve Swedish tradition and heritage before industrialization changed everything. He wanted to show how people lived, but in a living way.

More than 150 buildings from various parts of Sweden have been moved to Skansen, including 16th century churches, houses, a Lapp camp, farms, cottages and workshops. Traditional crafts, including glassblowing, pottery making, printing, baking and weaving, are demonstrated in many of the shops in the summer.

And, there&rsquo;s a great aquarium with more than fish &mdash; rats, bats, monkeys &mdash; even a snake and tarantula that you are invited to pet.

Adjacent to Skansen is Grona Lund, Stockholm&rsquo;s large, 121- year-old amusement park with all sorts of rides, including a Power Tower with a 264-foot drop at 60 mph. Even if you don&rsquo;t have the courage to ride, it&rsquo;s fun to watch and listen to the screams.

In addition to boats and buses, Stockholm has a subway. There are several levels of trains at the crowded central station, where I happened to lose my husband. He headed in one direction, and I in another. We didn&rsquo;t find each other until several hours later back at the hotel, where I had pleaded with the desk receptionist to call the police, as I was certain he had been mugged and was lying injured somewhere. I couldn&rsquo;t imagine that it would take him so long to get back to the hotel, the logical place to reunite. But then, when he&rsquo;s not on a bicycle, he&rsquo;s always slow.

After that fiasco, we tried again, with a subway, bus and hike adventure that took us to a lovely sculpture park and gardens outside of the city center on a hill above the water with views of Stockholm in the distance &mdash; the Milles Garden with statues by Carl Milles. The combination of the interesting works of art and the delightful setting makes this a worthwhile, though time- consuming excursion.

We felt we spent too much time on a Sunday afternoon boat trip to the island of Vaxholm, more than an hour in each direction. The island has an old hotel, restaurants and shops, but nothing special.

Other Stockholm sights include the Modern Art Museum, the city hall where the Nobel Prize banquet takes place every year, the city cathedral and the National Museum of Fine Arts.

Know and go ...Stockholm can be expensive, so it is wise to save wherever possible. Check out flights with Rynair (www.rynair.com), which flies to Skavsta, about an hour-plus from the city center.

We booked a hotel through the Internet, the Hotel Kom, a short subway ride or long walk from the city center. We paid $268 for three nights for a double with breakfast, but prices have since gone up. For current rates, see www.HotelsCentral.com. The city&rsquo;s Web site, www.stockholm.com, also offers information on hotel deals.

To really save, consider the city&rsquo;s hostel, the AF Chapman, a permanently moored cutter ship. The floating hostel has 140 beds and charges from 185 krona (about $25) per night in a dormitory to 255 krona per night in a room. For more information, see www.europeanhostelguide.com/hostels/chapman_ship.php or telephone (+46) (0) 8-463-2266.

We found restaurants very expensive and ate most of our meals at pubs, spending from 300 to 400 krona ($40-$54) per meal for two with beer. We splurged once on a delicious fish lunch at a noted restaurant, Lisa Elmqvist, in the &Ouml;stermalmshallen, a market hall, where the fish displays are amazing.

For an ice cream break, head to the Kungstr&auml;dg&aring;rden, the city&rsquo;s heart with playgrounds, gardens, benches, restaurants and lawns where everyone seems to hang out. It&rsquo;s a perfect place for people-watching.

Shopping offers no bargains. I was in the market for some Swedish crystal. The modern designs are magnificent, but unfortunately were out of my price range. For more reasonable Swedish souvenirs, check out the basement of the NK department store.