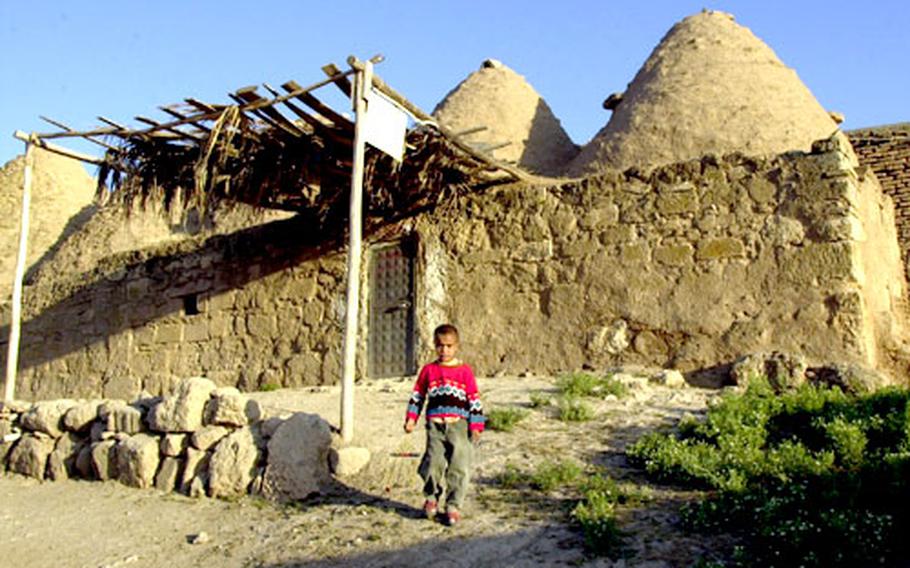 People in the ancient city of Harran live much as they did 5,000 years ago, in beehive-shaped houses made of mud. (Terry Boyd / S&S)

People in the ancient city of Harran live much as they did 5,000 years ago, in beehive-shaped houses made of mud. (Terry Boyd / S&S) 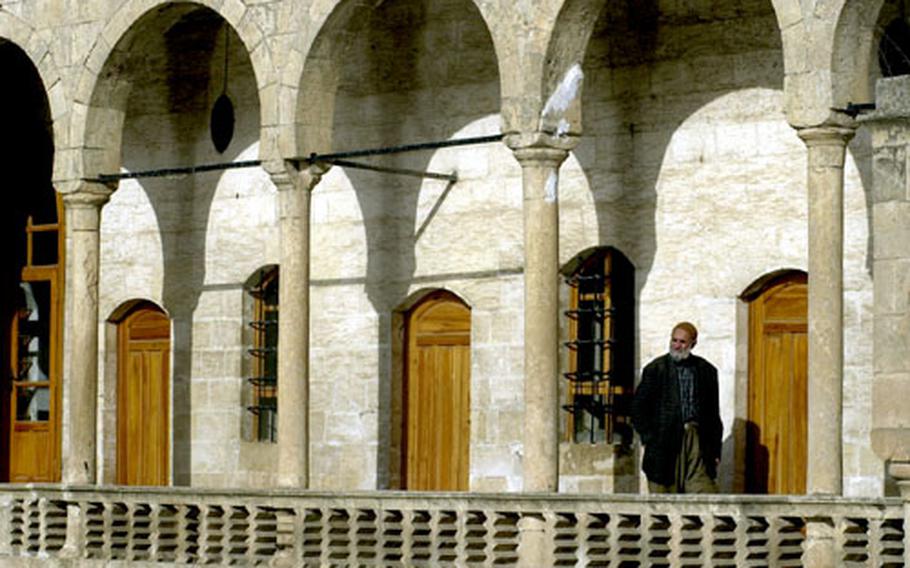 With few changes in the past 2,000 years, the oldest quarters in Sanliurfa, Turkey, look like a set out of “Arabian Nights.” (Terry Boyd / S&S) 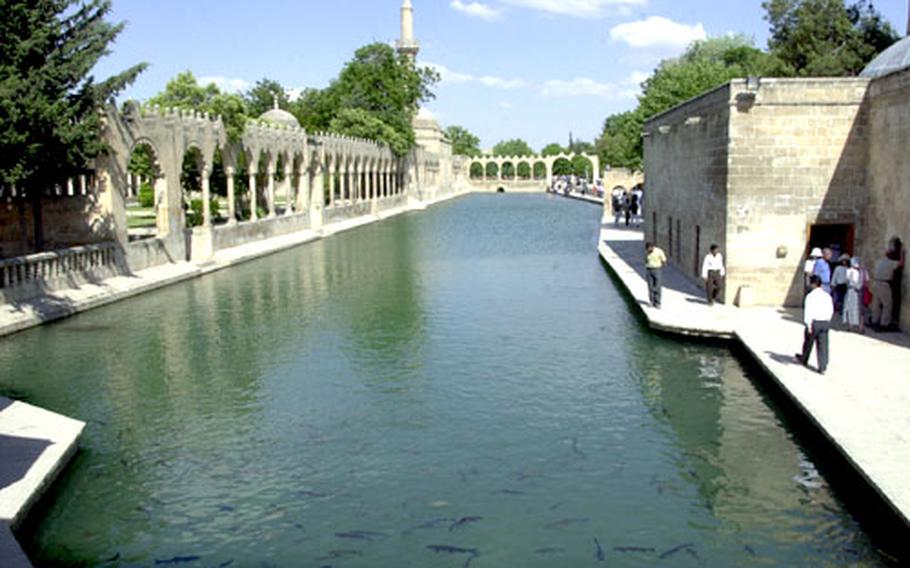 This view from the Abdurrahman mosque at the Pool of Abraham in Sanliurfa shows its ornate architecture and lush setting. (Terry Boyd / S&S) 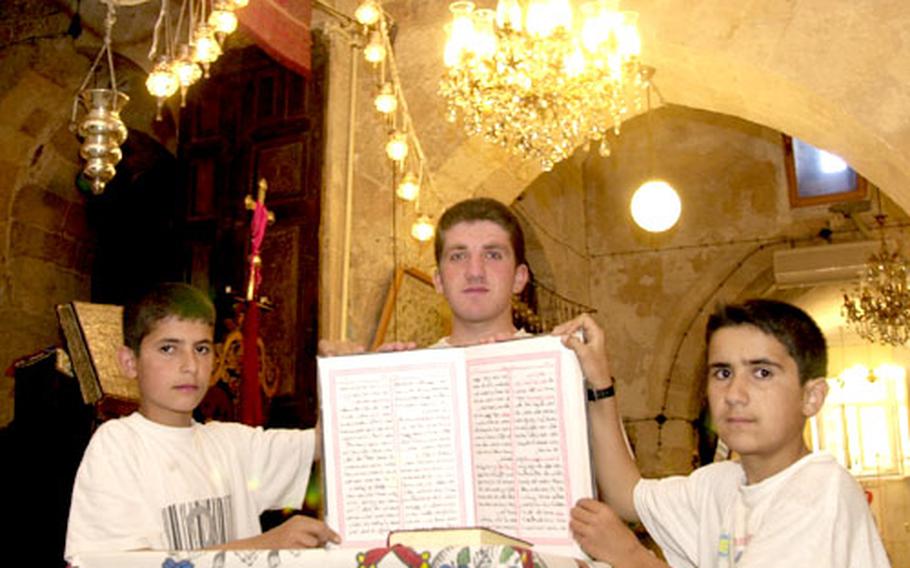 Southeastern Turkey is one of the last bastions of Syrian Orthodox Christianity. These boys at a church in Mardin display a text in Suriani, or Aramaic, which is the language Jesus probably spoke. (Terry Boyd / S&S) 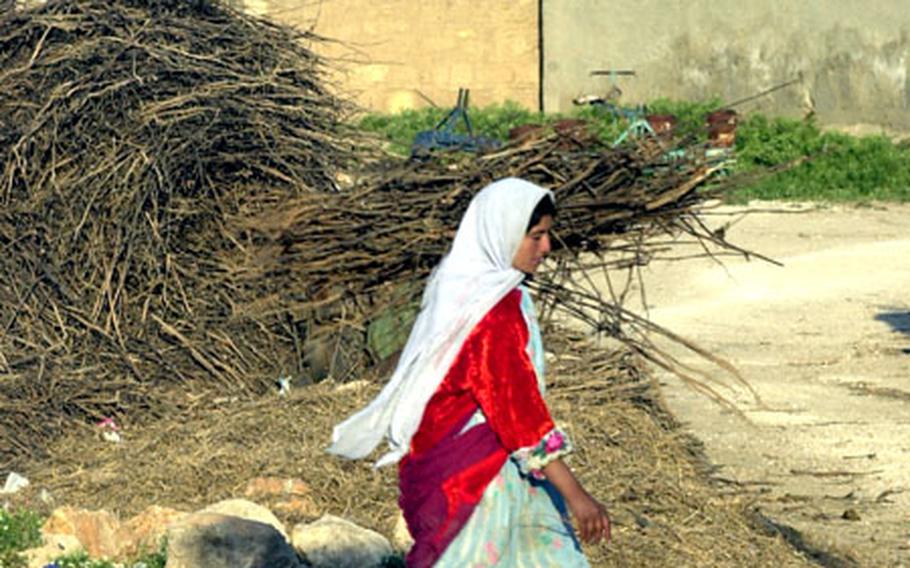 This place is different.

Even to veteran Turkey hands, the southeast is terra incognito. If you&rsquo;ve been to Istanbul and Kusadasi, you&rsquo;ll find Mardin and Sanliurfa are another galaxy. You can see the difference in people&rsquo;s faces and feel it in the fatigue of the distances through the mostly empty plains of Mesopotamia.

Unlike Europeanized western Turkey, these cities are Oriental in the broadest sense: chaotic, colorful and inscrutable. Which is not the most comfortable combination for the average traveler. So I thought I&rsquo;d find only the most adventurous spirits in southeastern Turkey. And I did.

But I also found lavish hotels in cities unknown to even the most sophisticated American travelers &mdash; hotels full of Turkish, European and Canadian tourists.

Eastern Turkey is about as adventurous as one can get on the doorstep of Europe. But it&rsquo;s a safe, welcoming place for families or single soldiers, sailors and airmen.

Join us for a trek through southeastern Turkey&rsquo;s exotic sands.

The lineup:&para; Tips for southeast Turkey travel&para; Don't miss these side trips&para; Sanliurfa, Turkey: Land of the prophets&para; Remote Mardin, Turkey: Dozing in the ancient sun&para; Sleep like the sultans