Sofia, the heart of Bulgaria, divided by invisible line of old and new 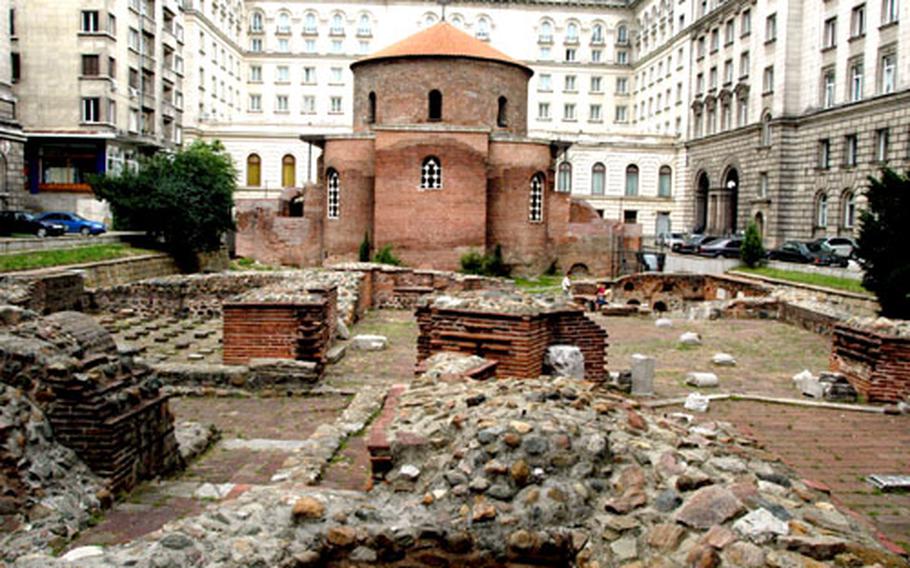 The St. George church, built in the fourth century, is believed to be the oldest building in Sofia, creating a juxtaposition with the modern Sheraton Hotel that lies behind it. Ruins of the ancient city of Serdica are scattered throughout the modern capital. (Russ Rizzo / S&S)

The St. George church, built in the fourth century, is believed to be the oldest building in Sofia, creating a juxtaposition with the modern Sheraton Hotel that lies behind it. Ruins of the ancient city of Serdica are scattered throughout the modern capital. (Russ Rizzo / S&S) 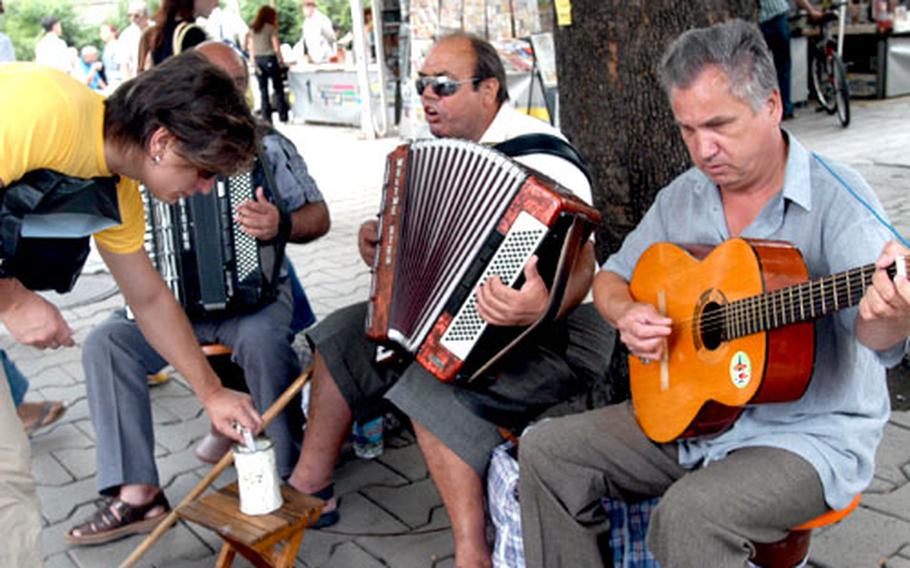 Streetside musicians perform in downtown Sofia near the bustling open-air market. Walking the streets of Sofia is a tour of the unpredictable. Stray animals are common, as are businessmen and politicians in pressed suits. (Russ Rizzo / S&S) Public transportation in Sofia, like the city itself, is more functional than beautiful. (Russ Rizzo / S&S) 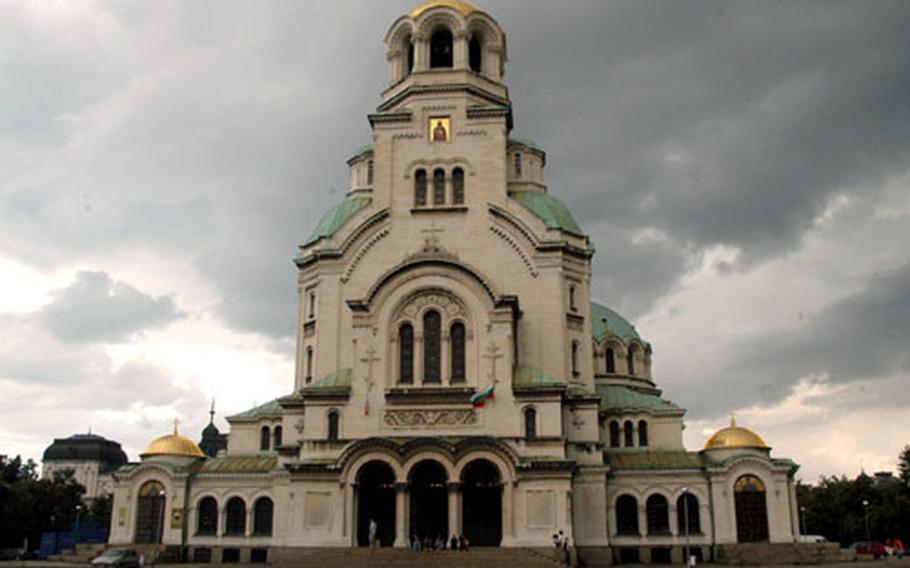 The Alexander Nevski Memorial Church in the center of Sofia boasts some of the most impressive architecture of its time in the Balkans. (Russ Rizzo / S&S)

Two hundred miles from the sandy Black Sea coast that draws most tourists to this Balkan country lies the gritty, pulsating heart of Bulgaria.

Sofia bares little resemblance to the polished, tamed capitals of Western European countries. Here, the tangle of daily life in one of Europe&#8217;s poorest countries presents itself in unvarnished fashion.

A stroll through Sofia offers two drastically different experiences that coexist just city blocks apart. They are divided by an invisible line separating the worn paths of well-heeled travelers and routes shared by the 1.2 million people who call the city home.

In the heart of the government district, westerners crowd the terrace of the modern Radisson hotel, sharing a view of the century-old parliament building and the St. Nicholas Russian Church, dubbed the &#8220;prettiest church in Sofia.&#8221; Both buildings, along with the imposing Alexander Nevski Memorial Church nearby, have been meticulously restored to the glory they boasted under Soviet control.

In this section, along Tzar Osvoboditel Boulevard, Lamborghini sports cars purr outside posh hangouts such as the Planet Club, while women in short skirts and high heels swagger toward one of the city&#8217;s six gleaming casinos.

Here, men in pressed suits speak in French accents about Vienna-inspired architecture interspersed among clunky Soviet-style buildings. An electronic billboard above counts down the number of days until the country enters the European Union.

A few blocks away, couples in tuxedos and dark dresses file out of the National Theatre and into open-air cafes in the elegant Sofian Park.

Ruins are scattered around the area between these points, creating a juxtaposition of new and old similar to other ancient capital cities, such as Rome. Behind the upscale Sheraton Hotel lies the red-brick ruins of the Byzantine St. George Rotunda, built in the fourth century.

Venture beyond the core of the government district, and the true beauty of Sofia shines. This is not a city of tony roots, but rather one of working-class grit, where drivers follow their own rules of the road and stray dogs run wild.

The National Stadium does not gleam from restoration, and neither do the cement sidewalks in parks surrounding the University of Sofia.

At daytime in these parts of the city, men in worn sneakers play soccer on dirt fields enclosed in cages, and street performers bang on drums for loose change.

At night, college students in grimy underground passageways drink Varna beer from cans while homeless men sleep on stairs nearby.

Students raise $1 glasses of draught beer in local bars and salute each other with &#8220;na zdrave,&#8221; while Turkish music plays in the background.

Wooden ramps rest at the foot of these statues, which have turned green from age.

Bulgarians like Malcheva living outside the washed inner circle of the city share a reverence for the untamed way of life on their side of the divide.

They point out that bars and restaurants are full even though most of the people are poor by western standards.

But they hear whispers of change.

Bulgaria is scheduled to join the European Union in 2007. More pressed business suits and glitzy nightclubs are expected to follow, pushing the invisible dividing line farther into the outskirts of Sofia.

The pulse of the country&#8217;s heart is quickening in many respects.

What will remain of its grit is unknown.