Shroud of Turin to have 2010 showing 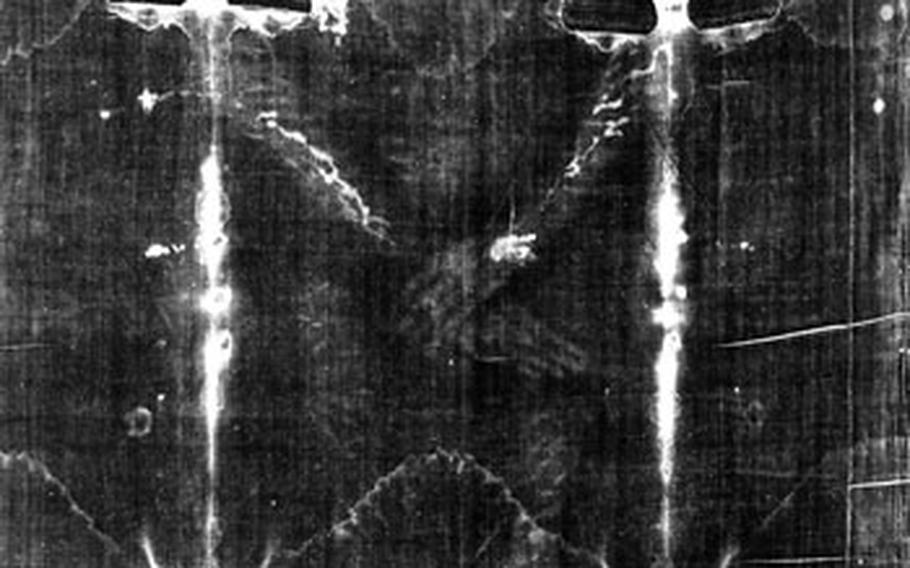 The image of a beaten and crucified man is visible on the Shroud of Turin. Many believe the image is a miraculous likeness of Jesus, somehow burned into the cloth during resurrection. () 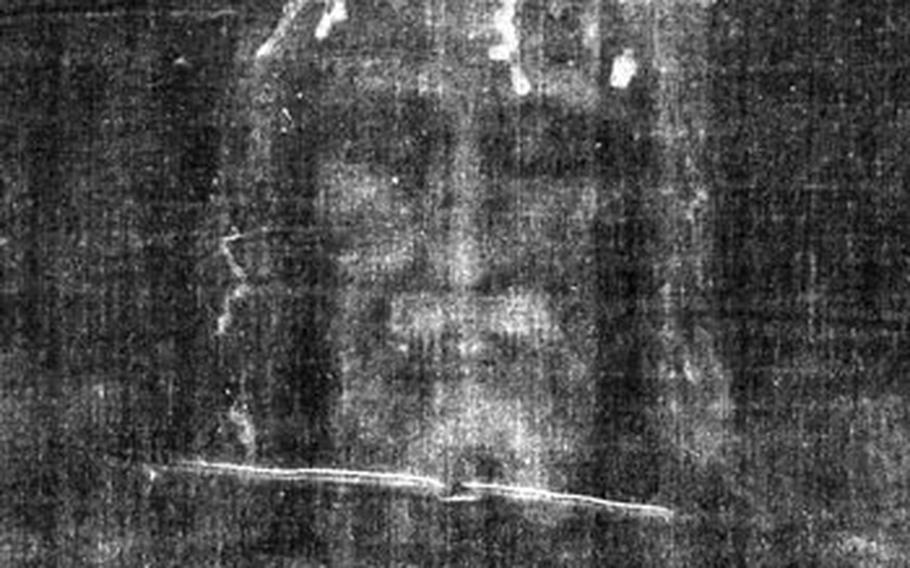 A close-up reveals a man whose appearance resembles images of Jesus. Wounds around the forehead are consistent with the biblical description of a crown of thorns placed on Jesus’ head. ()

Is it a fantastic forgery or a miraculous image? Either way, the Shroud of Turin is one of the most researched and most mysterious artifacts in the world.

But while it is thoroughly studied, it is rarely seen. In the past 300 years, the famous piece of linen has been on public display only 17 times.

Next year will make 18. From April 10 through May 23, the city of Turin will put the shroud on exhibit.

The shroud, long the center of controversy, has been described as the authentic winding sheet used to cover the body of Christ. It has also been called the most cynical piece of fraud in history.

It is a piece of fine ivory-colored linen about 14 feet long and 3&#189; feet wide. The cloth bears images of the front and back of a bearded, naked man who shows clear evidence of having suffered savage beating and a Roman-style crucifixion.

Public exhibits of the shroud are known as ostensione in Italian. The term comes from the ostentatious displays of the shroud put on by the Savoys &#8212; Italy&#8217;s royal family &#8212; during the 15th and 16th centuries. Throngs of pilgrims jostled with musicians, entertainers, food peddlers, pickpockets and thieves while they waited many days to catch a glimpse of the mysterious image.

Modern displays are more orderly. Army veteran Pamela Howard, who lives in Stuttgart, Germany, and saw the shroud 10 years ago, said "the set-up was very organized. The wait was only about an hour and the walking tour before we entered the cathedral was quite interesting."

Monsignor Giuseppe Ghiberti from the Archdiocese of Turin is de-facto custodian of the shroud and responsible for organizing the upcoming event.

"During the last ostensione, we saw a three-fold increase in visitors from Eastern Europe," he said in April. "We&#8217;re concerned about the millions there who, for decades, were not free to practice their faith. For many of them, next year will likely be the last opportunity to see the shroud."

Ghiberti hesitates to predict how many people will go to Turin, but if history is an indicator, the number will be in the neighborhood of 3 million. One certain guest will be Pope Benedict XVI. The Vatican has confirmed the visit but has not announced the date.

For centuries, popes have gazed upon the shroud with awe. The official position of the Catholic Church has not changed since 1390 when Pope Clement VII told the faithful it was a representation of Christ&#8217;s Passion, but not necessarily specific evidence of it.

Lutheran theologian Steven Graebner agrees. "Even if this is not the shroud, there was one," he said during a conversation in July. "The image reminds us of the sacrifice Jesus made for us."

Often described as a symbol of a clash between religion and science, the shroud is more accurately an example of where the two disciplines converge. What science cannot prove (or disprove), faith completes for the believers.

For a hundred years, scientists tested the cloth and image. Most of the research had been fragmented and haphazard until a team of American scientists arrived in Turin in 1978. The team was led by an Air Force physicist teaching at the Air Force Academy, and included scientists from NASA, others from elite universities and top research agencies. To ensure scientific integrity, team members could not be associated in any way with the church. Biologists, physicists, forensic experts, pathologists, imagery specialists and others comprised the Shroud of Turin Research Project.

A coordinated and comprehensive analysis proved the stains resembling human blood are exactly that. They also concluded the image is "dehydrative acid oxidation of the linen with the formation of yellow carbonyl chromophore." In English, that means the image is not paint, pigment or any other known staining agent.

They also found compelling physical evidence (specifically microscopic proteins) that the linen came from the Middle East during the first century. But they could not determine how the image or blood got there, and they do not know who the man was.

In 1988, three independent carbon-14 analyses dated the shroud to only about 700 years old. That finding set off a firestorm of debate about forgery, fraud and faith.

Ghiberti thinks new research is coming. In 2002, repair work on the shroud ended in the collection of 30 small pieces of linen from the center of the cloth (one of the complaints of the 1988 tests is the sample came from the edge and had been handled far too often to be "clean"). "Perhaps we&#8217;ll use some of those small samples," he said. "But we want to make sure there is no further damage. We must also be very careful choosing who will do the work."

Whatever the provenance of the cloth, it continues to draw interest. Chaplain (Capt.) Philip Kaim, from Aviano Air Base in Italy, saw the shroud in 2000 and plans to lead a group to Turin next spring. He encourages further study.

"I think anyone from the church would welcome new scientific tests," he said. "If they prove the shroud is authentic, that&#8217;s great. If not, the cloth and image still represent an important tenet of our faith."

Jim Sajo is a freelance writer living in northern Italy. Visit his web site at www.jimsajo.com.

&#8226; Visits are by reservation only and must be booked online at www.sindone.org, which has an English-language version. The reservation system should begin operating on Dec. 1. The Web site has a frequently asked questions section that gives details on the reservation procedure and more information on the exhibit and other sites in Turin.

&#8226; Visitors will start their tour in Turin&#8217;s Royal Gardens, in the city center. A covered, mile-long "Introductory Route" presenting historical information and photographs about the shroud will precede entry into the cathedral.

&#8226; More information on the shroud is available at the Museum of the Holy Shroud, a 10-minute walk from the cathedral.