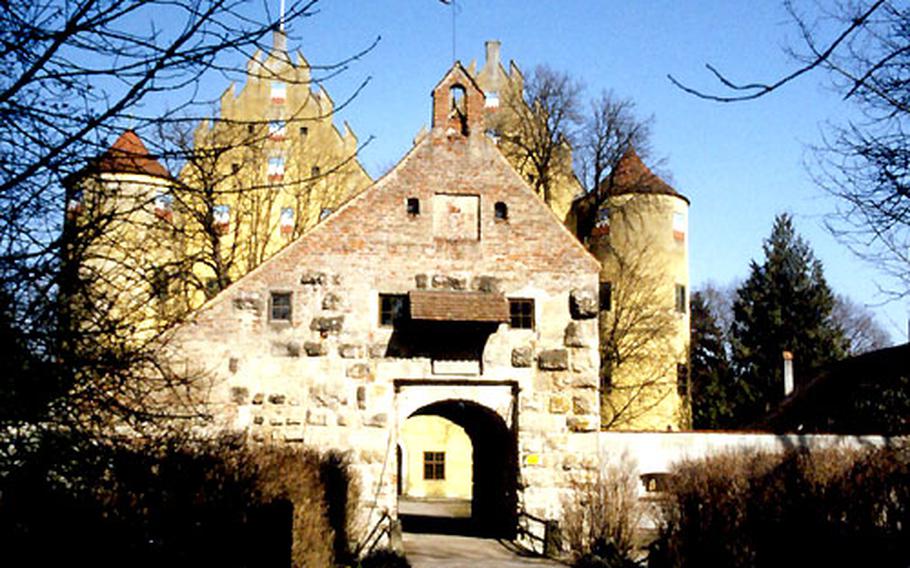 The 1,000-year-old structure at the entrance to Schloss Erbach is all that remains of the original castle that occupied the site near Ulm, Germany. The Renaissance castle behind the entrance was built in 1530. (Leah Larkin / Special to S&S)

The 1,000-year-old structure at the entrance to Schloss Erbach is all that remains of the original castle that occupied the site near Ulm, Germany. The Renaissance castle behind the entrance was built in 1530. (Leah Larkin / Special to S&S) 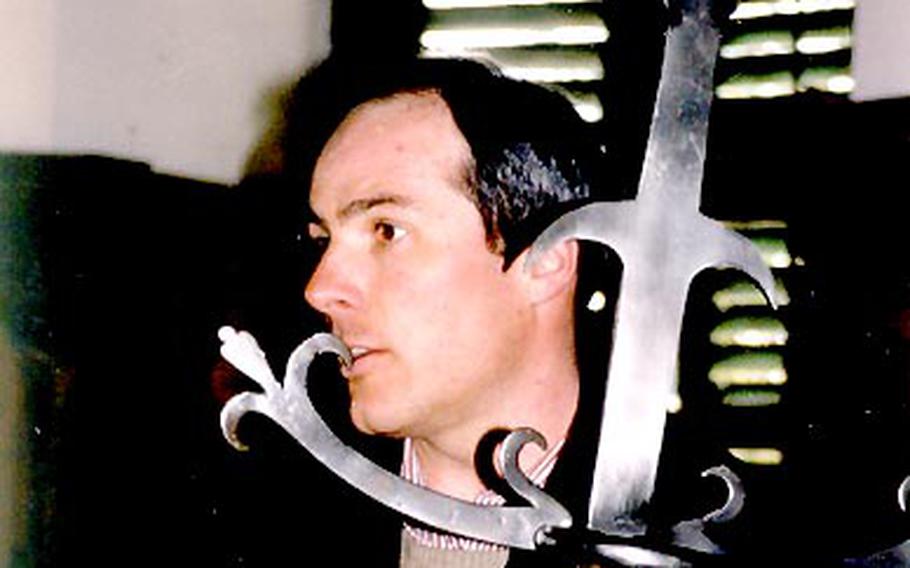 Castles are not hard to find in Germany. From Munich in the south to Hamburg in the north, the countryside abounds with residences once inhabited by royalty. Not many, but some, still provide an abode for their noble owners.

One of those is Schloss Erbach near Ulm, where Baron Constantin von Ulm-Erbach lives with his wife, Carolina von Ondarza, a Spanish countess, and their four children.

&ldquo;I&rsquo;m the hausmeister. I live here,&rdquo; the baron announces as he guides a group through his family home. He explains that he and his family live in an &ldquo;apartment,&rdquo; just a small part of the castle.

A countess, Rose-Marie von Degenfeld, who knows the von Ulm-Erbach family, arranged the tour for members of the Stuttgart German American Women&rsquo;s Club. She uses her connections to the inner circle of royal blood to set up tours for the group to private castles. Schloss Erbach, she says, &ldquo;is a huge piece still to be in family hands.&rdquo;

The cost of upkeep and renovation forces many castle owners to sell. But Baron von Ulm-Erbach considers it his duty to hang on to his house.

&ldquo;The castle and land are not for me, but to pass on. It&rsquo;s my duty to keep it together,&rdquo; he explains.

Most castles are the crowning jewel of vast estates of land and forests, and agriculture and lumber provided a tidy income to the castle owners.

In his grandfather&rsquo;s day, the baron says, labor was much cheaper than today. It took six to eight hours of hand labor, at a cost that today would be about 4 or 5 euros per hour, to harvest 100 kilograms of wheat. Today workers are paid much more, as much as 40 euros per hour, but von Ulm-Erbach said he earns a mere 8 euros for 100 kilos of wheat.

&ldquo;That&rsquo;s my dilemma. I can&rsquo;t afford to renovate,&rdquo; he explains. While he still harvests his land and sells lumber from his forests, those profits are not enough to keep the castle intact. So, he also earns money from real estate and the rent he collects from a restaurant and theater housed in the castle basement.

Indeed, parts of the castle appear in dire need of tender, loving care. The huge, yellow Renaissance structure dates to the early 16th century, although an even older structure preceded it. It sits atop a hill, and with its four corner towers, looks just like a perfect storybook castle. A separate structure at the drawbridge entrance is 1,000 years old and all that remains of the original building.

The baron, clad in jeans, opens a huge door and leads us into the Great Hall, where two bikes are parked next to an antique carriage. He apologizes that the area is not tidy, but says a big cleanup is due.

He also warns that the castle will be cold. For that reason, he usually only gives tours, which can be arranged for groups by appointment, during warm weather.

The hall, with another huge door at the opposite end, was used for storage of products. Vehicles could enter at one end and exit at the other. &ldquo;Would you call this a 1500s drive-through?&rdquo; asks a visitor.

The 30-meter-tall castle has seven stories. On each of four floors is a great hall with eight or nine rooms surrounding it. We move on to rooms with portraits of ancient ancestors, a bedroom with a Renaissance-painted ceiling and a 16th-century tile oven from Vienna. Coats of arms of the von Paumgarten family, who had the castle constructed in 1530, decorate a dressing room.

In the Maria Theresia Salon are more coats of arms around the ceiling and an oven of blue and white Delft tiles that dates back to 1500.

There&rsquo;s a living room, the Brown Salon, with Biedermeier furniture, a china cabinet full of Meissen porcelain, and another great hall decorated with dark paintings of animals. The original brick floor in this room must be painted with oxen blood every 30 to 40 years to preserve it. The baron says it requires 200 liters of blood, which they get from the slaughterhouse.

&ldquo;I recommend it. You can use it in your house. It&rsquo;s all natural material,&rdquo; he jokes.

Next stop is the arms room, where he takes a 400-year-old sword out of a cabinet and lets visitors hold it.

The castle is in the Swabian Alb region near where U.S. forces crossed the Danube River at the end of World War II. After the war, the castle was in the American sector and occupied by U.S. troops, von Ulm-Erbach says.

The tour ends at the family altar in the chapel room.

&ldquo;I hope you&rsquo;ve enjoyed it here,&rdquo; says the Baron. &ldquo;It&rsquo;s not so perfectly preserved, yet we do our best.&rdquo;

Baron Constantin von Ulm-Erbach, who speaks English, will give tours of the Schloss Erbach to groups, from 15 to 50 persons, by appointment at a cost of 2.50 euro per person. &ldquo;We have the house and we want to show it,&rdquo; he says.

The Schloss Restaurant in the castle basement is open for dinners from 6 p.m. Tuesdays through Fridays; for lunch from noon to 2:30 p.m. on Saturdays, then again for dinner in the evening. On Sunday the restaurant is open continuously from noon, but from 2:30 p.m. to 6 p.m. only coffee and cake are served.

The restaurant will open for lunch during the week for groups by prior arrangement. For more information call (+49) (0) 7305-6954, or see the Web site at www.schloss-restaurant-erbach.de.