Saikai: A pearl of a day trip 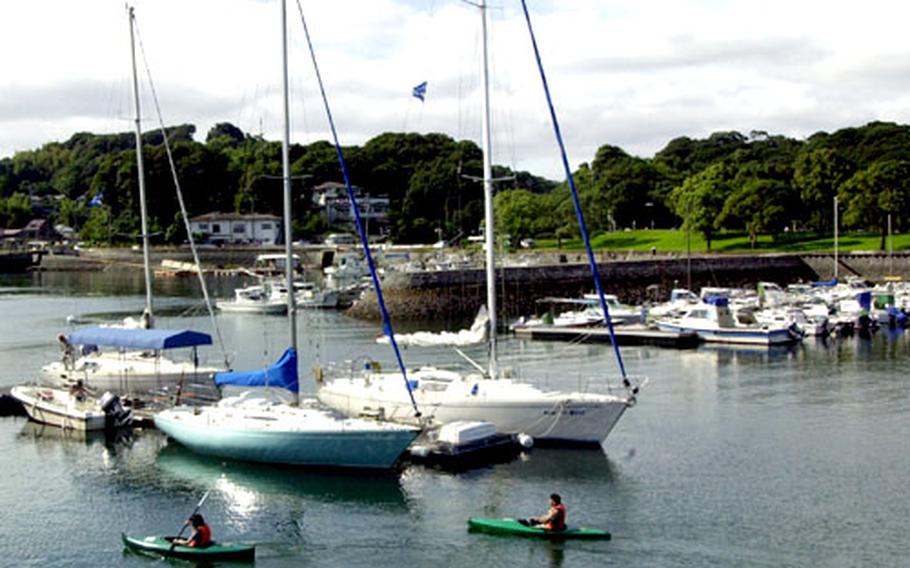 Sea kayak enthusiasts paddle through the rows of yachts and sail boats at the Saikai Pearl Sea Center in Sasebo. (Greg Tyler / S&S)

Sea kayak enthusiasts paddle through the rows of yachts and sail boats at the Saikai Pearl Sea Center in Sasebo. (Greg Tyler / S&S) 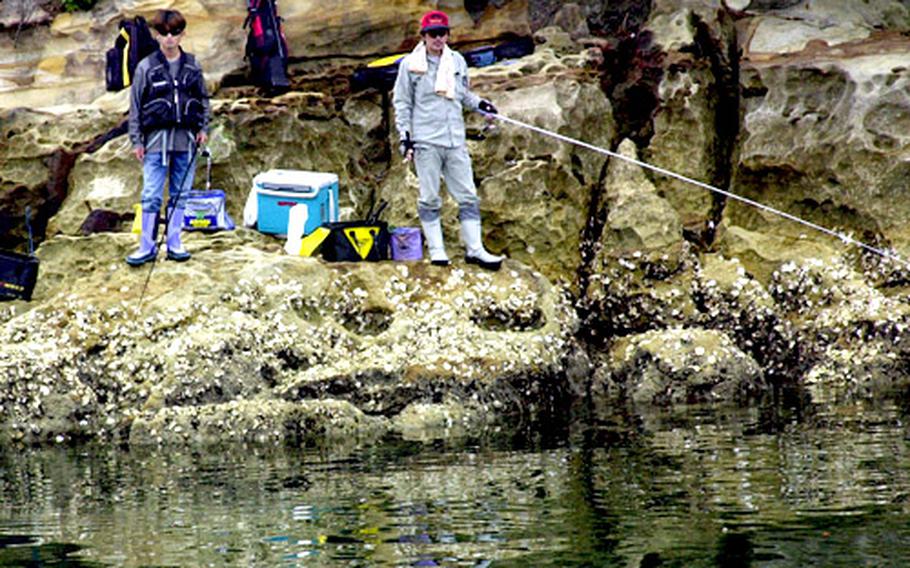 Japanese fisherman can often be seen trying their luck along the shores of the tiny islands in the Saikai National Park 99 Islands. (Greg Tyler / S&S) There are several arts and crafts shops located along the Kashimae Pier at the Saikai Pearl Sea Center, including this shop selling various types of baskets and other handmade items. (Greg Tyler / S&S) 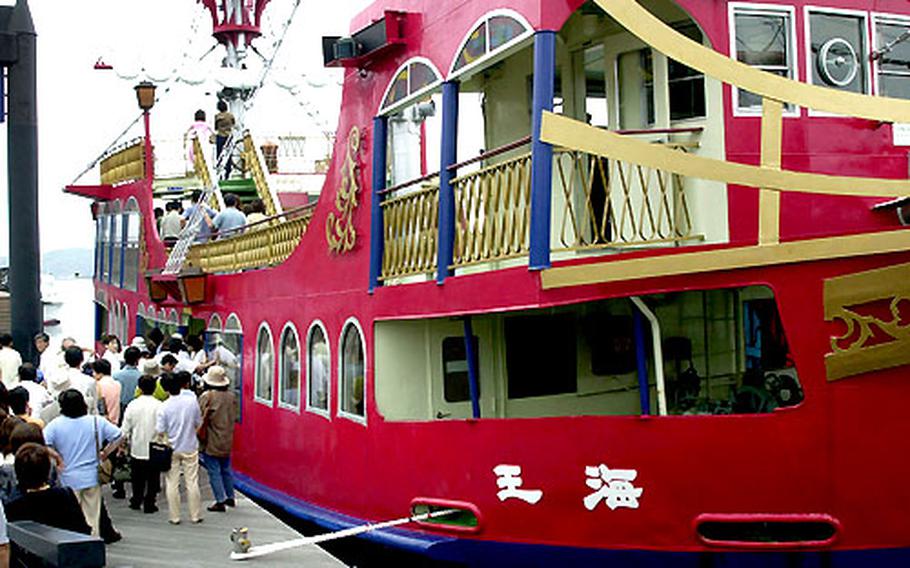 The crowd gathers to step onboard “The Pirate Ship,” or the Kaioh Pleasure Boat, as it sailed from the Kashimae Pier at the Saikai Pearl Sea Center and headed into the Saikai National Park 99 Islands. (Greg Tyler / S&S)

SASEBO, Japan &mdash; For people with an interest in all things sea related, Sasebo&rsquo;s Saikai Pearl Sea Center is an ideal daytrip.

For Sasebo base residents, another benefit is its proximity to the main base &mdash; it&rsquo;s only about 10 minutes away.

The center is located along the inland boundary of the 99 Islands &mdash; Kujukushima in Japanese &mdash; of the western side of Sasebo Bay in the Saikai National Park.

Inside the center&rsquo;s main building is an exhibit with a full-sized replica of a fishing vessel like those used by Japanese fisherman a century ago.

Also inside is an IMAX Dome Theater &mdash; a 180-degree screen with an amazing sound system.

The center is showcasing a special fish exhibit through Sept. 23 to go along with its extensive aquarium. The special exhibit features fish and information about the interaction of fish and mankind.

Many Americans in the community refer to the center as &ldquo;Kashimae Pier.&rdquo; The sprawling pier next to the center is a major attraction with a pristine marina, sea kayaking, shops and restaurants, and regular live entertainment.

Between the islands, oyster and pearl farms comprise a key area industry &mdash; and they explain the name of the Saikai &ldquo;Pearl Sea&rdquo; Center.

Founded in 1955, the Saikai National Park is the 18th national park in Japan. It covers approximately 61,000 acres, and spreads from Hirado Island to the Goto Islands. It includes about 400 islands.

The 99 islands are those that spread for about 15.5 miles from just outside Sasebo Bay to the Hirado Straits. Officials announced in 2001 that the 99 Islands are actually comprised of 208 islands; it&rsquo;s Japan&rsquo;s most dense expanse of islands.

Directions: 10 minutes from Sasebo Naval Base. From the main gate, turn left and proceed through the Kashimae Tunnel. At the first traffic light, turn left. Additionally, you can board a city bus at the main gate bus stop No. 8 and ride to the final stop, Oshino-ura.