The Steinerne Brucke bridge, which crosses the Danube River in Regensburg, Germany, was built from 1135 to 1146. (Seth Robson / S&S)

The Steinerne Brucke bridge, which crosses the Danube River in Regensburg, Germany, was built from 1135 to 1146. (Seth Robson / S&S) 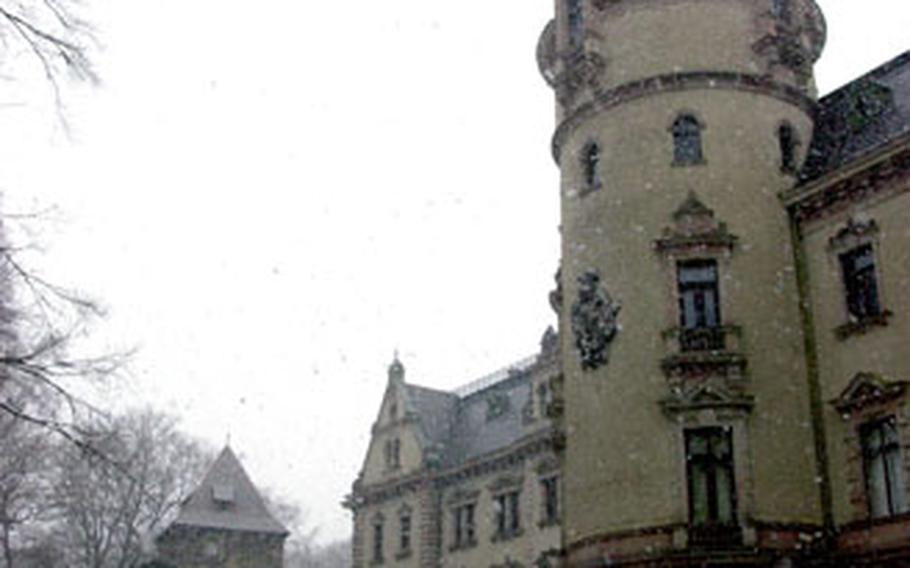 St. Emmeram Castle is home to some of Germany’s richest aristocrats, the Thurn und Taxis family, which made its fortune running the country’s postal service in the 1800s. (Seth Robson / S&S) 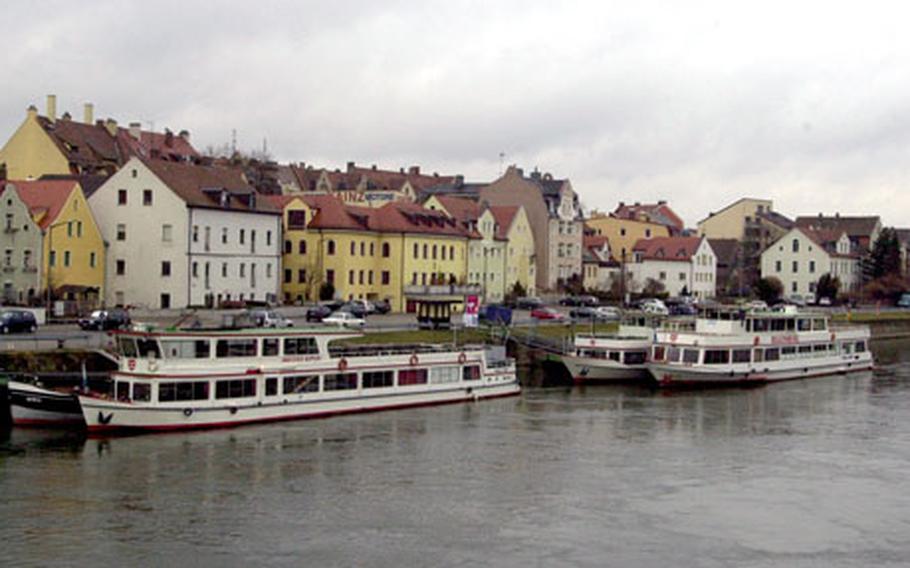 The Danube River, as seen from the Steinerne Brucke bridge. (Seth Robson / S&S)

Count Dracula would be right at home in the Thurn und Taxis family tomb under St. Emmeram Castle in Regensburg, Germany.

It&rsquo;s not that the aristocrats resting there were even slightly bloodthirsty &mdash; they were actually postal magnates. It&rsquo;s just a creepy feeling you get when you stare down at the rows of coffins, laid out in a gloomy chamber under the floor of what used to be a sixth-century monastery.

People touring the castle in the heart of Regensburg get to look at the coffin collection through a hole in the floor of a church that includes several shrines to members of the family who died fighting for the Nazis in World War II, but whose bodies were lost on the Russian front.

According to a tour guide, the Thurn and Taxis joined the German aristocracy after gaining a lucrative monopoly on European postal services in the 19th century. The head of the family was also, at one time, the Holy Roman Empire&rsquo;s representative to the Bavarian Diet or parliament, which met in Regensburg from 1663 to 1806.

Princess Gloria von Thurn und Taxis, who heads the family, still lives in St. Emmeram Castle, in rooms not accessible to the public. But you can check out the building&rsquo;s golden ballroom, silver coffee room and the dressing room and bedroom used by a previous princess. Unfortunately, photography is prohibited inside the castle.

The tour guide said some members of the Thurn und Taxis family were Nazi supporters during World War II but that others opposed the regime. Among the latter was a princess who wrote to her relatives in the British royal family to ask that historic buildings in Regensburg not be bombed.

Today, tourists can still view many of the old buildings. The city, which the Germans gave up without a fight when they saw Gen. George S. Patton&rsquo;s Third Army coming in 1945, features all kinds of old churches, castles, bridges and buildings.

Just around the corner from the castle is the Park Hotel Maximilian, which opened in 1891 and has enough fancy plasterwork to make it look like a giant wedding cake. Inside there is an excellent buffet breakfast that you might prefer to the McDonald&rsquo;s across the street.

Downtown is a maze of malls and alleys lined with shops selling all manner of overpriced Euro-trinkets. Sprouting out of this sea of commercialism is Regensburg&rsquo;s cathedral, Dom St. Peter. According to one local guide, it is the best example of Gothic architecture in Bavaria. It was founded in 1275, and completed in 1634, with the exception of the towers, which were finished in 1869.

The Dom is about 100 yards from the Danube River. The closest bridge to the Dom is the ancient Steinerne Br&uuml;cke, which was built from 1135 to 1146. Local tourist information says the bridge opened major international trade routes between Northern Europe and Venice, Italy, and started Regensburg&rsquo;s golden age as a city of wealthy trading families.

There is plenty more to see and do in Regensburg, including guided tours and several museums.

OK, so it is not the sort of place that Generation X&rsquo;s thrill-seekers will get an adrenalin rush. But if Mom is in town, or you need some distinctly European backgrounds for photos to send home, it is not a bad option for a day trip.

On the QTDIRECTIONS: Regensburg is at the juncture of Autobahns 9 and 93. It is about an hour&rsquo;s drive from Grafenw&ouml;hr, and less from Vilseck and Hohenfels; just get on Autobahn 93 and head south. Exits for the city are well posted; for downtown, follow ones to &ldquo;Centrum.&rdquo; Most of the city&rsquo;s downtown attractions are within walking distance of one another.

TIMES: Castle tours depart periodically from a gift shop at the back of the building. The one I took was in German, with brief explanations in English for me.

COSTS: Castle tours cost 10.50 euros. There is free parking on the edge of town or in parking garages downtown.

FOOD: A good place for lunch is Haus Heuport, reached by walking through an archway directly opposite the front of the Dom, then climbing a sweeping carved wooden staircase. The restaurant features high ceilings, huge oil paintings and a buffet that that is worth the 13 euros-a-head price.

INFORMATION: Tourist information about Regensburg in English is available at www.regensburg.de.