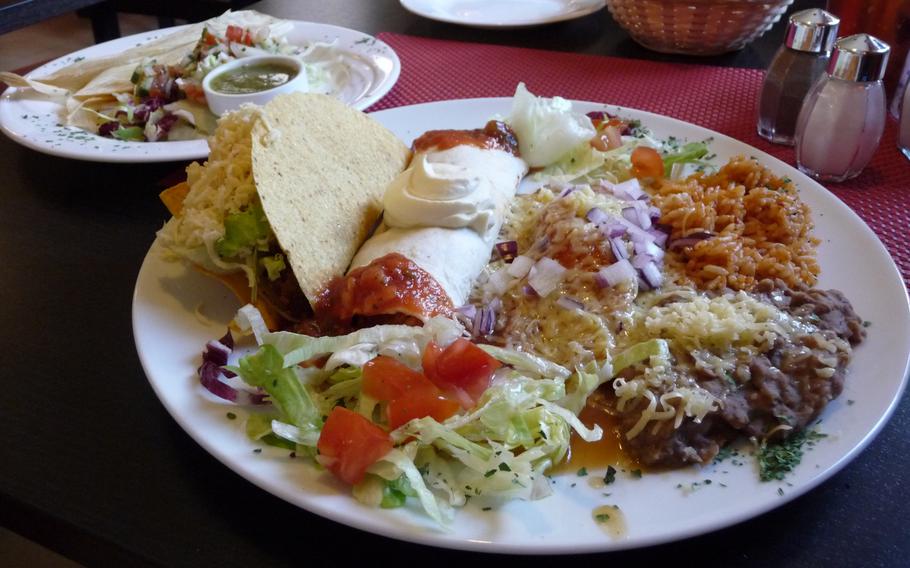 A three-item combination plate at Primavera Mexican Restaurant consisting of a beef taco, a burrito and an enchilada, served with rice and refried beans. (Matt Millham/Stars and Stripes)

A three-item combination plate at Primavera Mexican Restaurant consisting of a beef taco, a burrito and an enchilada, served with rice and refried beans. (Matt Millham/Stars and Stripes) 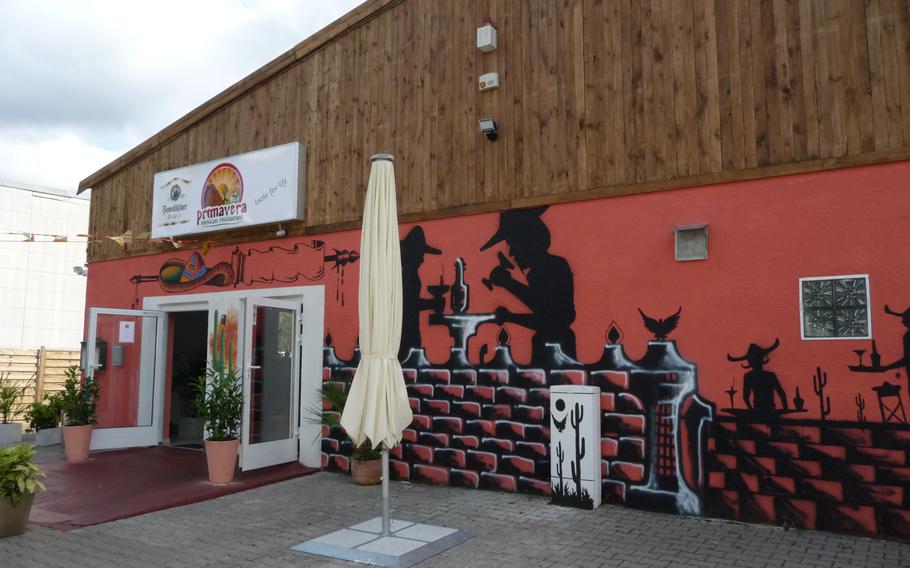 The entrance to Primavera Mexican Restaurant in Kaiserslautern-Einsiedlerhof makes the place easy to recognize. The colorful decor continues inside. (Matt Millham/Stars and Stripes)

Just about the best compliment a Mexican restaurant in Germany can get is that it hasn’t killed anybody. I can only guess why, but Germans are almost universally, aggressively bad at tacos.

Salsa here tends to be so bland that it leaves the taste buds feeling vacuumed. The words scharf and würzig (“hot,” “well-spiced”) on German menus raise expectations only to later crush them under a blob of refried beans and brown guacamole.

No doubt, plenty of readers will disagree with me on this. I used to have a folder of emails from folks who didn’t like my take on one restaurant’s interpretation of a burrito.

For some inexplicable reason, no culinary subject seems to polarize American expats so much as Mexican food, a national cuisine in which they theoretically have no personal stake.

There is general agreement, though, that it’s hard to find even reasonably good Mexican food in Germany. That’s a pretty low bar, but I’m glad to say that Primavera in Einsiedlerhof easily clears it. By that, I mean I would eat there again.

There are plenty of reasons for this bold pronouncement. First, it might be the closest thing to an American restaurant outside of a U.S. military base in the Kaiserslautern area.

Without slinging any more insults, let’s just say that the American service industry does a lot of things well: free iced-tea refills, wait staff that checks to see if you want refills, and free corn chips and salsa delivered moments after you’ve been seated, to name just a few. Primavera does these things.

Overall, the prices are great. Lunch specials start at 4.50 euros. Piling on four different entrees from the a la carte menu at lunch runs 9.90 euros. That same four-item feast at dinner costs just 11.50.

Primavera’s menu is packed with the standards — tacos, fajitas, enchiladas, taquitos and more. For fillings, choose from chicken, shredded or ground beef, or chorizo.

Most of its offerings are pretty good. That sounds like weak praise, but it’s the same I’d shovel on Kaiserslautern mainstays Spinnrädl, Brauhaus am Markt and St. Martins. If you’ve never had great German food, these places won’t disappoint. Even if you have, their food is still enjoyable even if you can’t help but pine for better versions of the same thing in Heidelberg, Mainz or Stuttgart.

That’s kind of how I feel about Primavera. It’s not Carlos Santana, but it covers his greatest hits well enough to keep it from getting booed off stage.

There are a variety of special nights, including fajita and two-for-one beer nights.