Roof repairs at St. Melangell’s Church in Pennant Melangell, Wales, are no hindrance to visitors and pilgrims who come to the site. Restoration of the church was completed in the 1990s. A local parish maintains the building, aided by donations. (Will Barnes / Special to Stars and Stripes)

Roof repairs at St. Melangell’s Church in Pennant Melangell, Wales, are no hindrance to visitors and pilgrims who come to the site. Restoration of the church was completed in the 1990s. A local parish maintains the building, aided by donations. (Will Barnes / Special to Stars and Stripes) 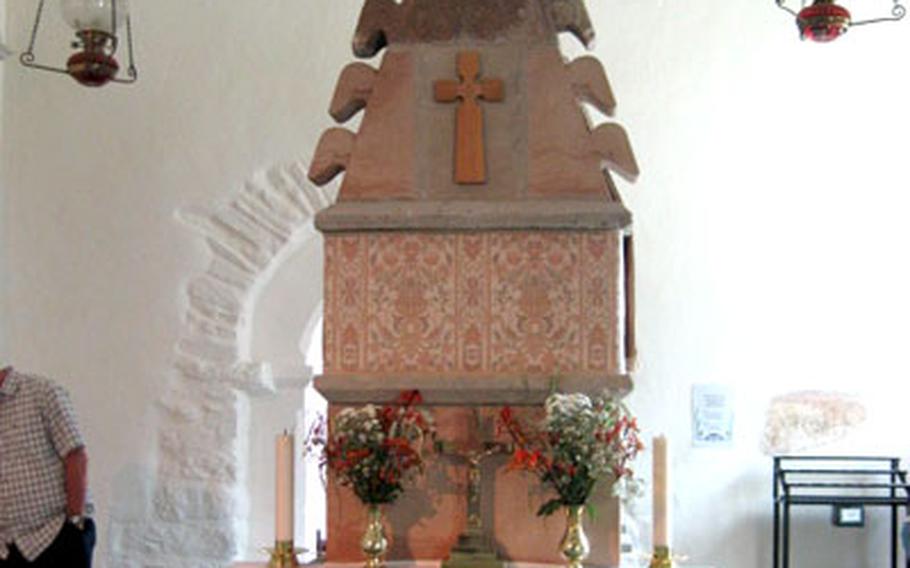 The centerpiece of the sanctuary is the shrine of St. Melangell, reconstructed using pieces of the original shrine, which dates back to the 12th century. Bones believed to be those of St. Melangell were discovered in the church and are now housed in the shrine. (Will Barnes / Special to Stars and Stripes) 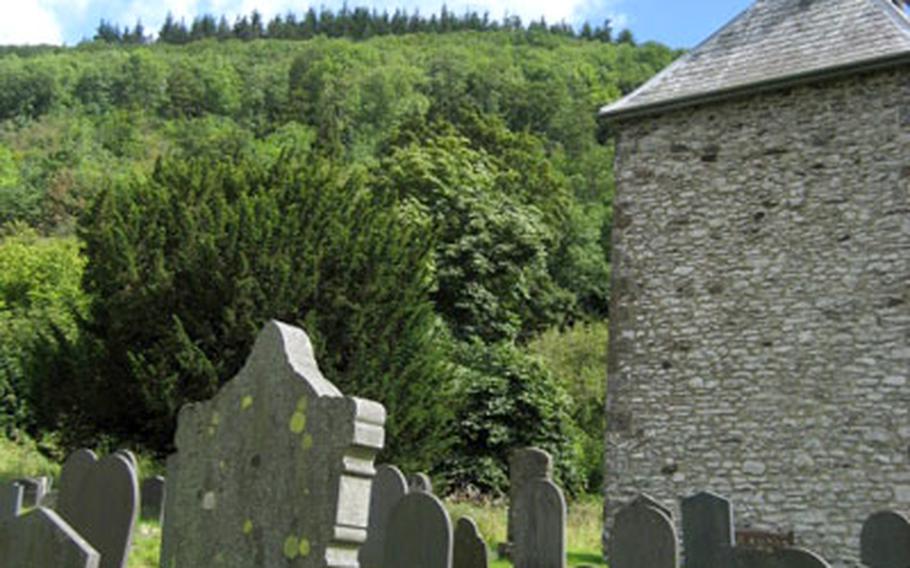 Blue skies over the Berwyn Mountains of Wales form the backdrop for the tower and gravestones at the Church of St. Melangell. (Will Barnes / Special to Stars and Stripes) 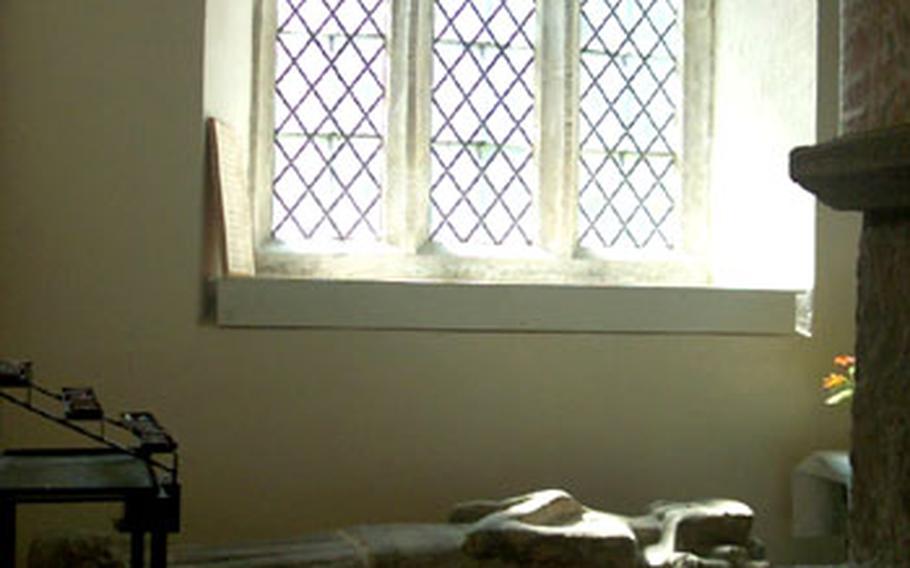 Sun shines through the window and onto the face of a medieval effigy believed to represent St. Melangell. Weathered by years in the churchyard, the figure now rests inside the sanctuary along with another effigy, possibly that of a Welsh prince’s son. (Jessie Barnes / Special to Stars and Stripes)

Not far from Pistyll Rheader, the largest waterfall in Wales, is a site that has been inspiring a different kind of awe for more than 1,000 years.

St. Melangell&rsquo;s Church houses a shrine built for St. Melangell, an Irish maid who came to Wales 1,400 years ago and stood up to a local prince to save the life of a rabbit.

According to tradition, the prince of Powys was hunting a hare that hid under Melangell&rsquo;s cloak. She refused to give up the animal, and the prince, moved by her courage, gave her the surrounding valley as a place of sanctuary for herself and others seeking refuge.

For hundreds of years, pilgrims have gone to the church at Pennant Melangell to honor her. We were taken there by Cameron and Magy Beard, who run the bed-and-breakfast inn where we stayed and were glad to share one of their local treasures with us.

The restored church has a history going back 1,200 years, but its gnarled yew trees go back even farther. They could be as old as 2,000 years, say parish historians.

The centerpiece of the sanctuary is a stone shrine believed to house the bones of St. Melangell. Two ancient effigies, their features blunted by centuries spent in the churchyard, are now inside, flanking the shrine. One is believed to represent St. Melangell, the other a son of an ancient Welsh prince.

The modern Prince of Wales has taken an interest and visited the church, because of its history and ongoing restoration work. A photo display at the church shows Prince Charles enjoying tea in the churchyard with local parish members.

Visitors can write prayer requests in a book provided in the sanctuary. Postcards and brochures are available in a small shop, on the honor system.

The church is open daily for worshipers and other visitors. Prayers and services are conducted regularly. Schedules change with the seasons and are listed on the church Web site, www.st-melangell.org.uk.