Palace complex near Turin will reopen after major facelift 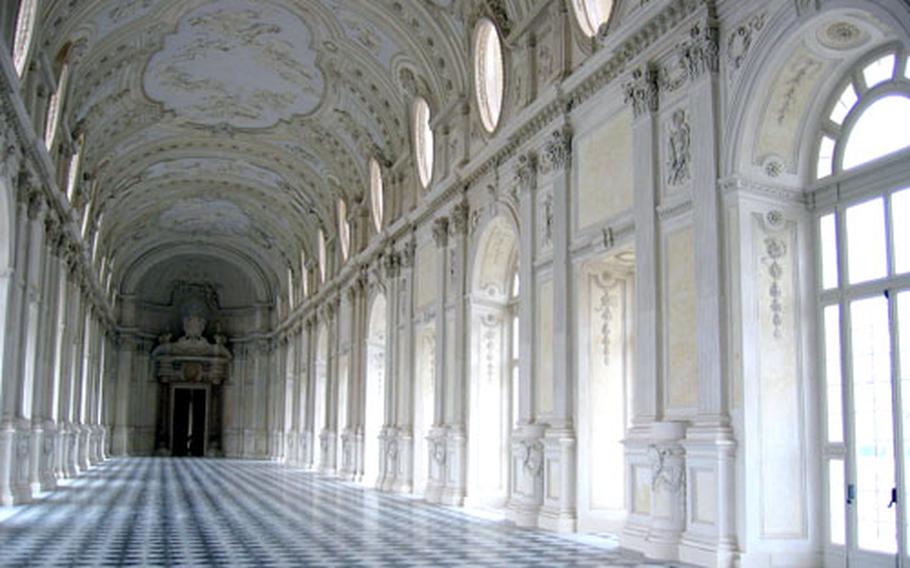 Venaria Reale’s Grand Gallery, also know as the Diana Gallery in honor of the goddess of the hunt, has been described as one of the most beautiful rooms in the world. Beginning Oct. 12, the public will be able to visit therenovated palace. (Jim Sajo / Special to Stripes)

Venaria Reale’s Grand Gallery, also know as the Diana Gallery in honor of the goddess of the hunt, has been described as one of the most beautiful rooms in the world. Beginning Oct. 12, the public will be able to visit therenovated palace. (Jim Sajo / Special to Stripes) The “reggia,” or palace, of Venaria Reale has been completely restored and converted into a museum. (Jim Sajo / Special to Stripes) 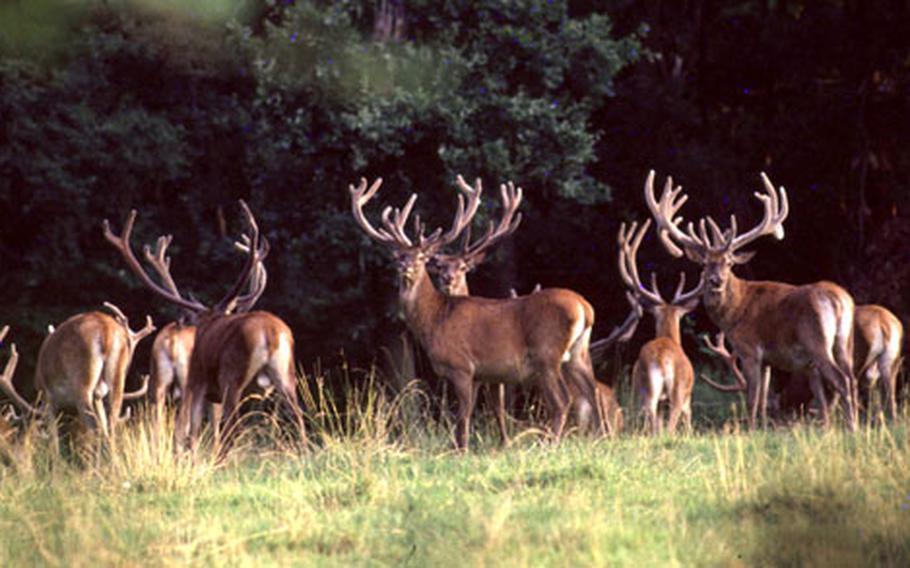 The hunting grounds near Venaria Reale are now the Mandria Nature Park. Some of the animals are descendants of those that survived hunting parties in the 16th and 17th centuries. (Photo courtesy of Mandria Park)

It is the biggest place you&#8217;ve never heard of. Just 20 years ago, the monumental complex of Venaria Reale, near Turin, Italy, was abandoned, vandalized and forgotten &#8212; little more than a historical footnote.

But on Oct. 12, in a massive ceremony and celebration, the magnificent palace will open its doors to the public and reclaim its place as one of Europe&#8217;s most impressive testimonies to wealth and royalty.

In the mid-1600s, Carlo Emanuele II, the duke of Savoy, wanted his family to escape France&#8217;s shadow and be accepted among Europe&#8217;s royal elite. He called on his court architect, Amadeo di Castellamonte, to build the largest, most beautiful hunting lodge ever built. They created much more than a palace, however.

When the work was done, Venaria Reale was comprised of the reggia, or palace; a garden of about 200 acres; a village; and nearby hunting grounds. The design was so unique that the &#8220;Sun King,&#8221; Louis XIV of France, built Versailles (widely considered European aristocracy&#8217;s finest digs) in response.

Through hunting parties, gala dinners, and grand balls, Venaria Reale became the symbol of Savoy opulence. But there was trouble; by the late-17th century, French and Savoy forces were clashing regularly. In 1693, French troops broke through the Alps at the Susa pass and moved toward the Savoy capital of Turin. Directly in their path was Venaria Reale. Not a strategic target, perhaps, but certainly a symbolic one.

It was clear the palace would fall. Servants tried frantically to save royal property, whisking away furniture, art and sculpture, but much was left for the French to plunder and transport back to Versailles.

Twenty years later, Carlo Emanuele&#8217;s heir, Vittorio Amadeo, defeated the French and re-established Savoy sovereignty over Piedmont. And in 1716, the great architect Filipo Juvarra began to restore and expand the Venaria Reale estate. The sumptuous Grand Gallery is one of his most magnificent works and just might be the most beautiful room in the world.

Three generations later, under King Vittorio Emanuele I, the complex began an inexorable decline. He and his descendants paid little attention to Venaria Reale, and finally handed the palace over to the military.

After the establishment of the Italian Republic (and the Savoy losing royal authority over Italy), the military continued to use Venaria Reale until the end of World War II. Broken and leaderless, the Italian army abandoned the complex. The unprotected palace was an easy target for looters and vandals from the poor and starving local population.

Andrea Scaringella, an historian and arguably the foremost authority on Venaria Reale, describes how villagers tore apart furniture, removed glass from windows and mirrors, and carted away stone and marble. Even the chapel was not spared, the wooden altar partially dismantled and used for fuel by locals struggling to endure the cold winters.

&#8220;It sounds horrible to us today, but they were trying to survive in any way possible,&#8221; Scaringella says.

In January 1997, regional, provincial, and city officials met with a collection of historians, engineers and artists to discuss the future of Venaria Reale. They agreed to invest nearly $340 million into a reconstruction effort.

Stucco material was manufactured to match existing samples; walls were shored; ceilings replaced; acres of earth removed; thousands of flowers, trees and bushes planted; and mountains of flotsam hauled away.

The magnificently restored building is once again more than a palace. It now includes a museum celebrating the style and elegance of European court life. Other areas are dedicated to art restoration laboratories, conferences, scientific research, historical archives, a UNESCO World Heritage exhibit, and spaces for musical presentations.

Scaringella points out with great satisfaction, &#8220;The estate was once only for royalty, then only for the military. Now it is for everyone.&#8221;

The official opening is only for VIPs, politicians and journalists. It will be open to the public the next day, starting at 9 a.m.

Versailles versus Venaria Reale; a quick comparison based on official Web sites www.chateauversailles.fr and www.lavenaria.it: