Neunkirchen : A lot of animal attraction at zoo 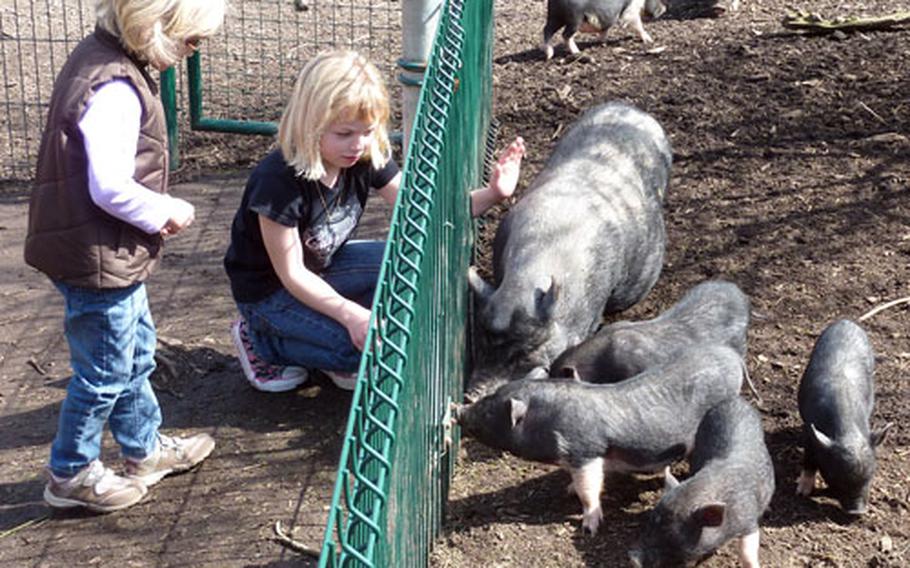 Two girls at the Neunkirchen zoo try to coax the pigs to the fence to pet them. (Michael Abrams / S&S)

Two girls at the Neunkirchen zoo try to coax the pigs to the fence to pet them. (Michael Abrams / S&S) 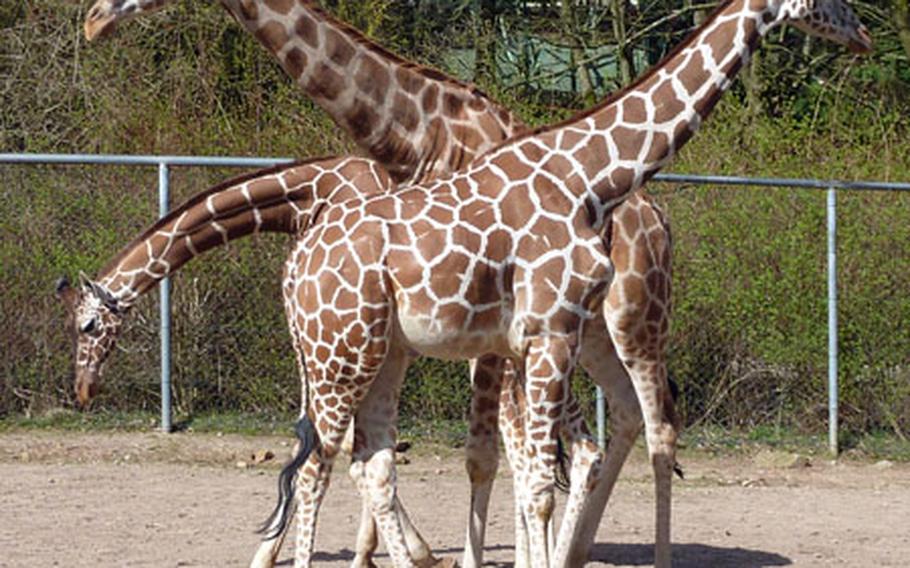 The giraffes at the Neunkirchen zoo pose for a group photo. (Michael Abrams / S&S) 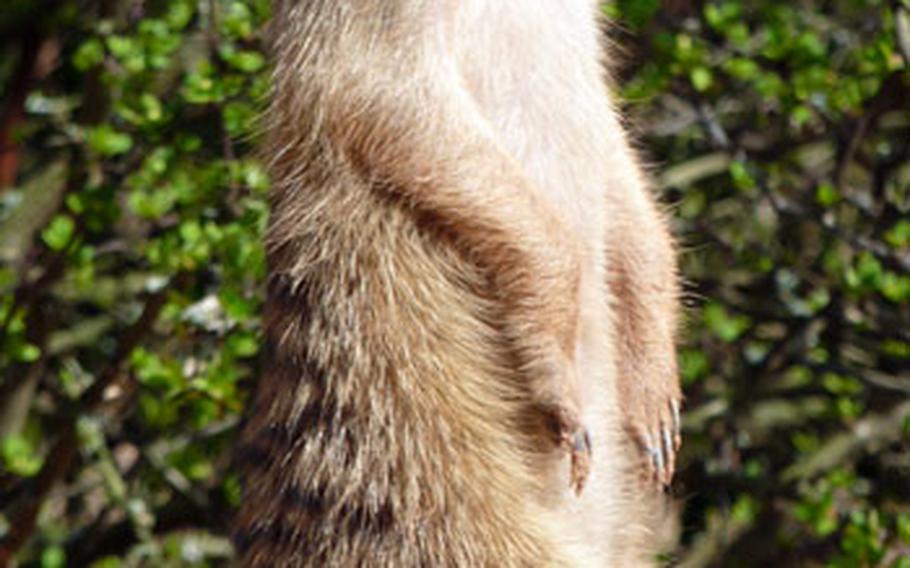 A meerkat keeps watch on the humans at the zoo in Neunkirchen, Germany. (Michael Abrams / S&S)

The zoo in Neunkirchen, Germany, is a nice place to spend the day with the kids. Not only can they enjoy the great outdoors, but they can also see animals exotic and domestic, watch birds of prey fly, and even get close enough to pet an animal or two.

The zoo features nearly 1,000 animals from about 170 species, from tiny African mice to huge Asian elephants. In between, there are birds that can fly and birds that can&rsquo;t, seals that glide around their pool, little monkeys swinging through their cages and tall giraffes craning their long necks for food.

The zoo covers nearly 30 acres, with wide, paved paths leading through it. Except for a couple of hilly spots, it is stroller friendly.

The paths lead up to the falconry, past the elephant house, where the zoo&rsquo;s elephants, Judy and Kirsty, live in a large, adjoining outdoor pen, and down to the baboon enclosure, where numerous baboon families scamper up and down the rocks.

Strolling through the zoo, you will pass the brown bears, the &ldquo;African savanna&rdquo; with its giraffes, zebras and ostriches, and the &ldquo;South American pampas&rdquo; with alpacas and rheas. Orangutans live in a large glass enclosure, where they can climb, swing and play.

There are plenty of exotic animals here, but the zoo also features domesticated animals such as goats, sheep and horses. And for the kids, there is a petting zoo.

Even though it is in German, the flight exhibition at the falconry is worth the time. The falconer shows how his birds of prey &mdash; owls, falcons and eagles &mdash; go about hunting. Lured by a tidbit of food, they swoop in over the spectators&rsquo; heads to get their treats. The falconry shows are daily at 11 a.m. and 3:30 p.m.

Watching the animals being fed is one of the attractions of the zoo. The seals are fed daily, except Thursdays, at 10:30 a.m. and 3 p.m. The elephants get their meals at 2 p.m.

On Sundays visitors can watch the giraffes being fed at 2:30 p.m. and the raccoons, minks and meerkats at 4 p.m.

Even when it is not feeding time, the meerkats, members of the mongoose family, are a draw for visitors big and small. First, they are kind of cute, and second, when they stand up on their hind legs and stare back at you, they look like little furry people. Their German name, Erdm&auml;nnchen, the equivalent of &ldquo;little earthman,&rdquo; seems more appropriate.

Many people rightly have mixed emotions about zoos. It does not seem right to see animals that are normally roaming the wilds penned up in cages. On the other hand, zoos have had a big hand in keeping some species from becoming extinct.

And in a world that is becoming more and more virtual, it is good to see the real, living things.

COSTS: Admission is 6 euros for adults, 3.50 euros for youths 3 to 16 years old, and children 2 and younger enter for free. Parking is also free.

FOOD: There are a couple of kiosks spread through the park, with decent prices, and there are plenty of picnic tables if you want to take a lunch. There is a restaurant in the Zoo Hotel outside the gate that serves lunch and supper. Across the street is a mini-golf course where snacks and drinks are also available.

INFORMATION: The German-only Web site is www.zoo-neunkirchen.de. Dogs on leashes are allowed in the zoo, but cannot be taken into the animal houses or to the falconry.