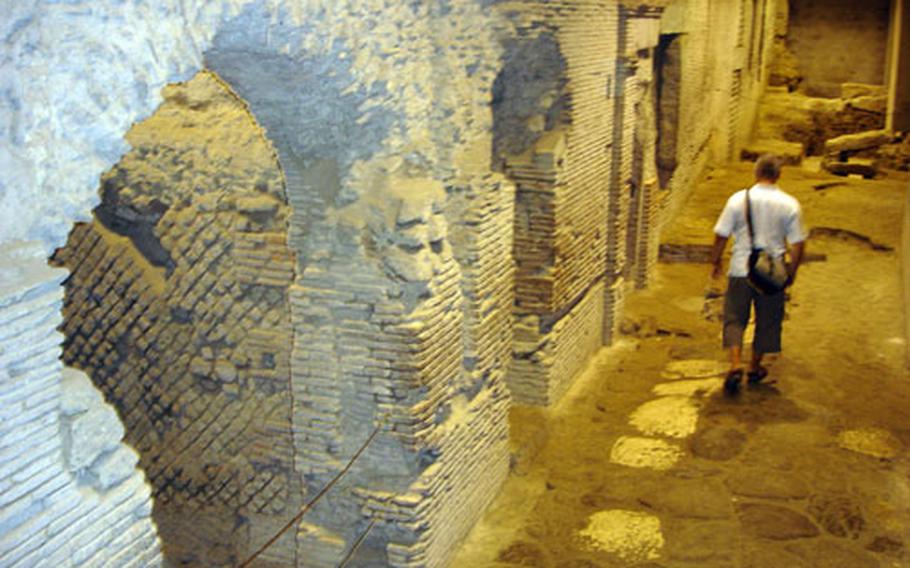 Visitors wander through the stone paths of the underground before San Lorenzo Maggiore in Naples. Archaeologists say the walls, archways and walks date back to the sixth century B.C. (Lisa Novak / S&S)

Visitors wander through the stone paths of the underground before San Lorenzo Maggiore in Naples. Archaeologists say the walls, archways and walks date back to the sixth century B.C. (Lisa Novak / S&S) 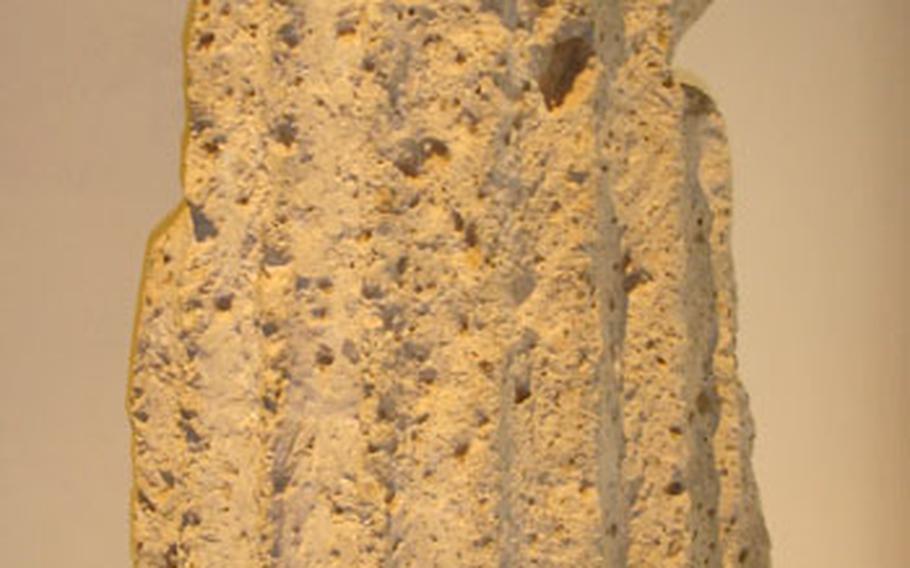 A chunk of the city&#39;s distinct yellow tufo stone, common in construction in Roman times, is on display in the museum. (Lisa Novak / S&S) 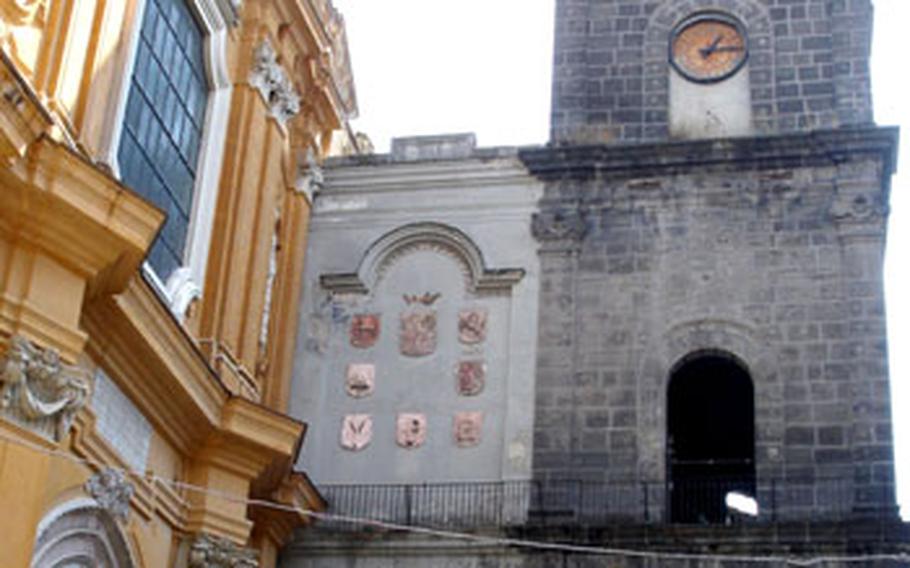 It doesn&#39;t look like much on the outside, but San Lorenzo Maggiore is the entrance to one of the most significant archaeological and historic sites in Naples. (Lisa Novak / S&S)

There is treasure beneath the streets of Naples, Italy, but it isn&rsquo;t gold, diamonds or bank notes.

The church of San Lorenzo Maggiore is one of the major entranceways to the underground archaeological sites visitors can walk through for a glimpse into the Greco-Roman origins of the city.

Exploring this attraction requires a little bit of patience and some imagination. There are no tour guides, no audio guides and most of the information posted is in Italian. There is an English-language single sheet of paper providing some general information on what the above-ground museum contains and the layout of what lies below it, but, for the most part, you&rsquo;re on your own. It might be a good idea to read up on the site before the visit.

The museum is small, consisting of a few large rooms with displays containing slabs of marble with very detailed Latin inscriptions clearly visible, cross sections of columns and many clay earthenware jugs known as amphora.

&ldquo;A significant number of amphoras bear witness to the consumption of local wine,&rdquo; reads the pamphlet. Some things never change.

Many of the items in the museum were excavated from the area directly below it and the church.

Don&rsquo;t expect any modern conveniences, such as air conditioning, in the three-story museum. It is stiflingly hot (at least in the summer), but the small elevator takes visitors to the blissfully cool, eerily lit underground site, which is the best part of this trip.

&ldquo;This site is impressive, and very well maintained,&rdquo; said Richard Kordek, who was visiting from France, along with his wife, Corette. &ldquo;The detail of the stones are similar to Pompeii or Herculaneum,&rdquo; he said.

What the site didn&rsquo;t have (at least on an early Wednesday afternoon) was a lot of visitors, which is a definite plus. You can wander through the corridors alone, examining the walls of the various chambers, admire what&rsquo;s left of the mosaic tile floors and enjoy the cool, solitary stillness as long as you want.

There are two signs indicating the aerarium, or public treasury, and one public laundry, a large stone wash basin.

Once you&rsquo;re ready to surface, a stairwell leads to ground level, and the &ldquo;modern&rdquo; 14th-century cloister courtyard of the church of San Lorenzo Maggiore. The church, rebuilt in the 18th century, contains several chapels, frescoes and original wooden doors, and is an article unto itself.

Not 20 meters from San Lorenzo is San Paolo, the entrance to the larger Naples underground, Napoli Sotterranea. While this site offers tours, it&rsquo;s a bit more expensive and hours are limited, as is access to the site.

These entrances to the underworld of Naples are located in the city&rsquo;s center, where there is definitely life among the ruins. This is the site of Christmas Alley, where shops sell all sorts of d&eacute;cor year round. Cafes and restaurants abound. In a small pool hall, young men shoot billiards shirtless, pants hanging off the hip and completely disinterested in the city beneath their designer sneakers. Their bottles of Peroni beer probably will be displayed next to the amphora in a few thousand years.

On the QT ...DIRECTIONS: Don&rsquo;t drive: There&rsquo;s nowhere to park and you&rsquo;ll only have yourself to blame if your car ends up on blocks. The church and museum complex is at Piazza San Gaetano 316 and the nearest metro stop is Piazza Cavour. But if you&rsquo;re adventurous and up for a bit of a walk, take the metro to Piazza Dante, cut through the piazza, walk through the arch that is Port&rsquo;Alba, where there are loads of bookstalls, and make the long walk up via Tribunali to the church at Piazza San Gaetano. There you will see Naples in all of its splendor.

FOOD: Outside the church are a number of restaurants, cafes, pastry shops and pizzerias. You won&rsquo;t go hungry.

INFORMATION: There is little English-language information in the museum, and little to none in the underground. Read up beforehand or just enjoy what you see without needing to know what you&rsquo;re looking at. San Lorenzo&rsquo;s Web site is www.sanlorenzomaggiore.na.it (Italian only); its telephone number is 081-211-0860.