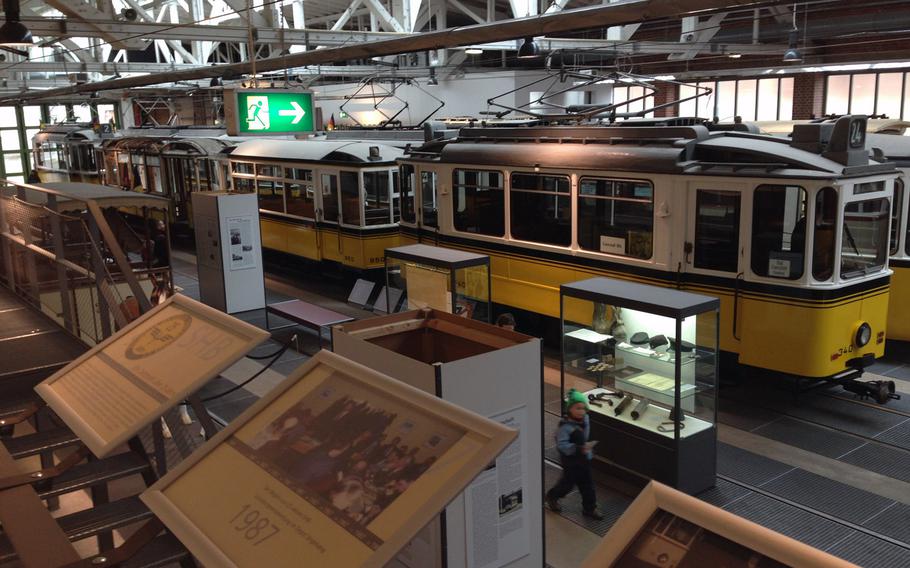 Buy Photo
Strassenbahnwelt, a museum dedicated to the history of trams in Stuttgart, features street cars dating back to the days of World War II as well as horse drawn carriages from more than 100 years ago. (John Vandiver/Stars and Stripes)

Buy Photo
Strassenbahnwelt, a museum dedicated to the history of trams in Stuttgart, features street cars dating back to the days of World War II as well as horse drawn carriages from more than 100 years ago. (John Vandiver/Stars and Stripes) 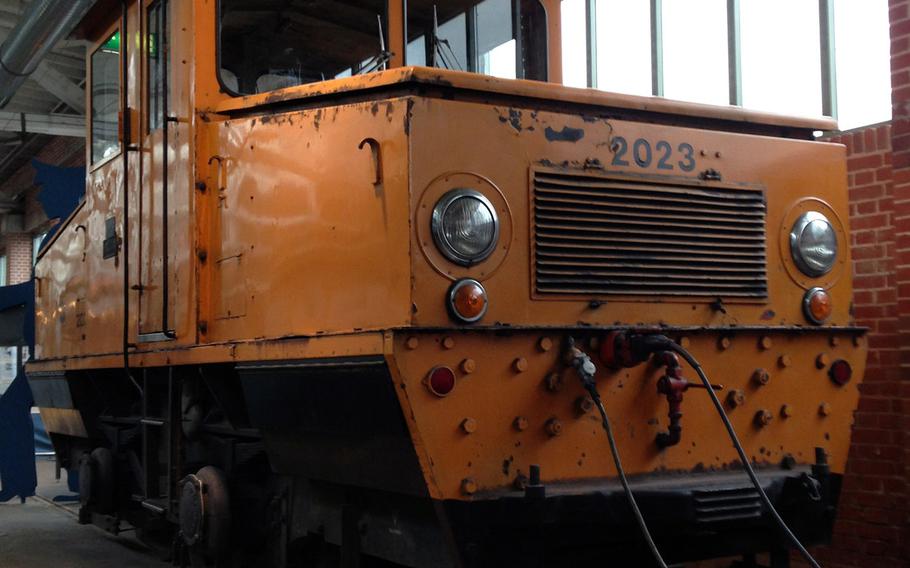 Buy Photo
This electric locomotive engine was used during the aftermath of World War II to help clear rubble from the streets of Stuttgart, Germany, which was heavily bombed during the war. In addition to information about trams and trains, Strassenbahnwelt museum in Stuttgart also features interesting photos of what the city looked like at the end of the war. (John Vandiver/Stars and Stripes) 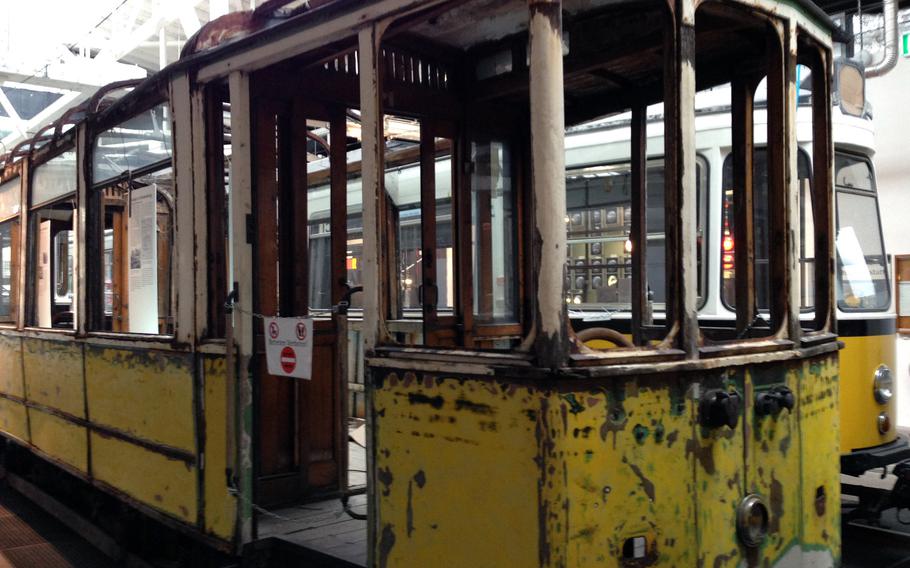 Buy Photo
Strassenbahnwelt is focused on the history of public transportation in the city, with a special focus on the tram system. This streetcar was fire-damaged during World War II. (John Vandiver/Stars and Stripes) 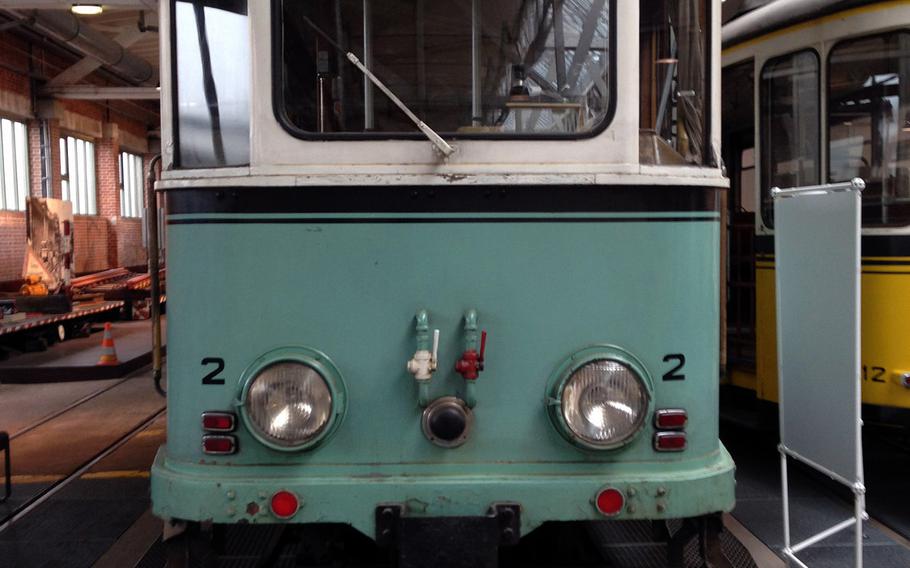 Buy Photo
This ''old-timer'' train was a commuter tram running between Stuttgart, Germany, and Denkendorf, a town south of Stuttgart near the city of Esslingen. Strassenbahnwelt traces the history of the tram in Stuttgart. The museum also offers tours on a tram from the 1970s as well as a bus from that time period. (John Vandiver/Stars and Stripes) 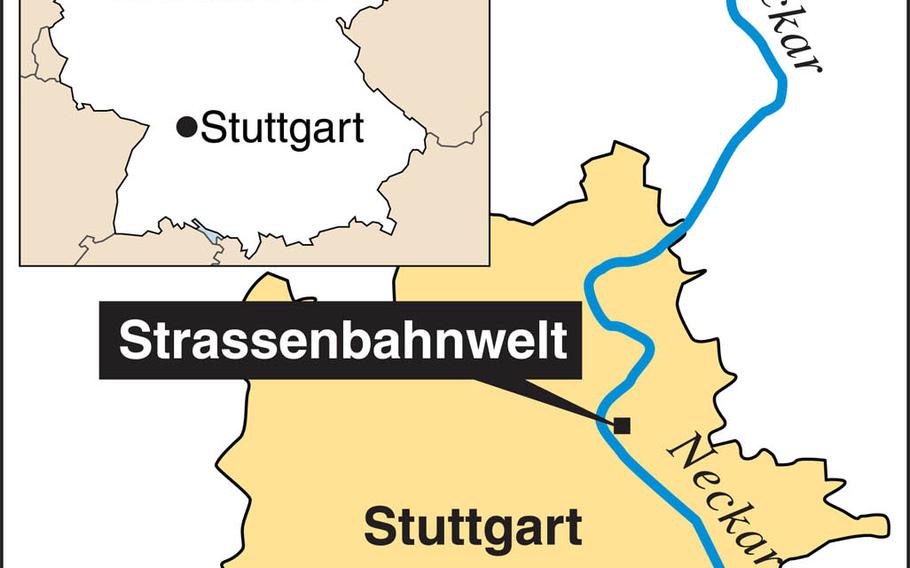 After World War II, a small group of locomotives helped bring Stuttgart, Germany, back to life.

The Allied bombing campaign over the city flattened much of it, and rubble filled the streets. Trams, even then the engine of daily life in Stuttgart, were grounded.

Enter a group of 12 electronic locomotives, which in 1946 cleared the bombed-out city center, moving much of the debris to the outskirts of town. Today, the rubble stands as a monument to the ravages of war — known as Monte Scherbelino, or Rubble Mountain, it’s a popular place for visitors.

But if you want to see one of the actual locomotives that helped do the job, then you need to visit one of Stuttgart’s lesser-known museums, which is dedicated to trains and streetcars.

Strassenbahnwelt, or streetcar world, in the Stuttgart district of Bad Cannstatt, features lots of old-time trams, buses and artifacts such as sections of old rail lines, that trace the city’s long history of public transportation.

One of the oldest items is a carriage that was the city’s first horse-drawn tram in 1868. There also is a fire-damaged World War II-era tram and a series of others that show how the cars evolved through the post-war period and into today.

Unfortunately, most of the displays are only in German, so it can be difficult to get the full technical grasp of how each car is unique. Still, the space is fun to explore, offering a chance to sit inside one of the old trams, examine the engineering underneath the cars and even play with a big model-train set.

From the museum, you can also book a short tour on one of the “old-timer” trams or buses that operate from the site, taking you on a jaunt through the city.

My favorite part of the museum, however, isn’t the various trams, but rather the old photos posted around the building that show what Stuttgart looked like after being leveled by American warplanes.

One picture shows the bombed-out Schlossplatz with Stuttgart’s iconic train station still standing in the distance. In those days, trams rode straight down the Koenigstrasse, the city’s main shopping corridor. And in 1946, rubble covered the tracks.

Today, those train lines are underground.

DIRECTIONS The museum is located at 3 Veielbrunnenweg, Stuttgart, Germany, within walking distance of the Cannstatter Wasen site, where Stuttgart’s annual beer fest is held, and the U-bahn stop at Mercedesstrasse.

FOOD There is a small cafe on site.