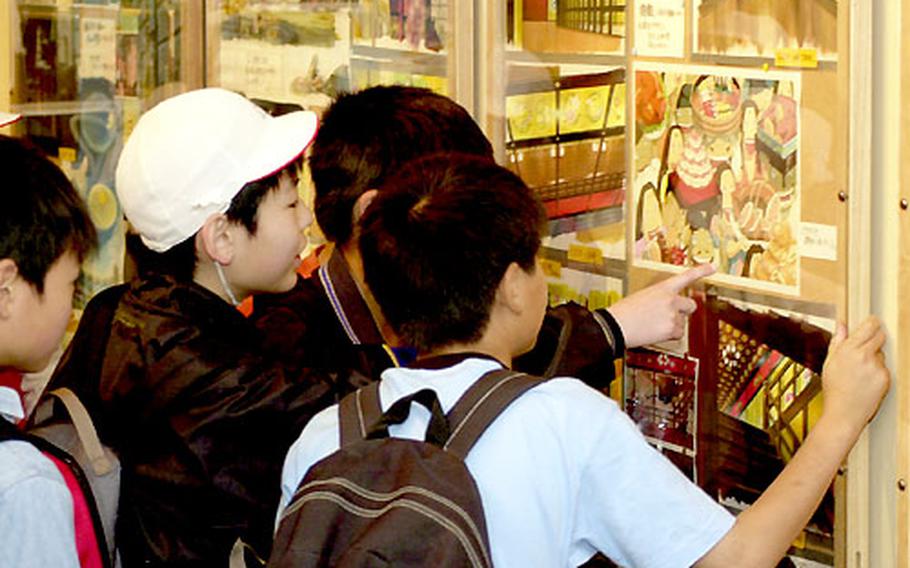 Japanese schoolboys on a day trip to the museum look at the many drawings and animation cells used in the movie "Spirited Away." (Jim Schulz / S&S)

Edo-Tokyo Open Air Architectural Museum is celebrating its tenth anniversary with a special exhibit on &#8220;Spirited Away.&#8221;

The highest-grossing film in Japanese cinema history, it&#8217;s been shown in more than 30 countries. And its locale was inspired by the museum.

The exhibit displays everything used to create the animation, such as original drawings and rough drafts created during its year-and-a-half production.

The exhibit room&#8217;s walls are filled with vividly colored illustrations from the movie, grouped by scenes. Notes in director Hayao Miyazaki&#8217;s own handwriting explain difficulties he faced, as well as reasons scenes were set up in certain ways.

Production staff memos, schedules and drawings also are on display &#8212; as are sheafs of memos filled with drawings.