Münster: In charming German city, people use pedal power as the main way to get around 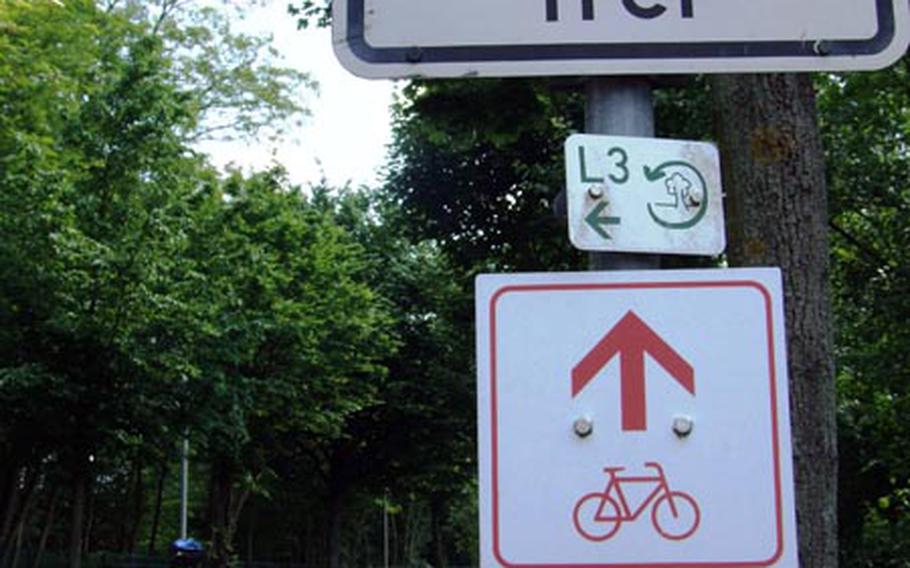 The bikes routes of Münsterland are well-marked with directional signs. (Leah Larkin / Special to Stars and Stripes)

The bikes routes of Münsterland are well-marked with directional signs. (Leah Larkin / Special to Stars and Stripes) 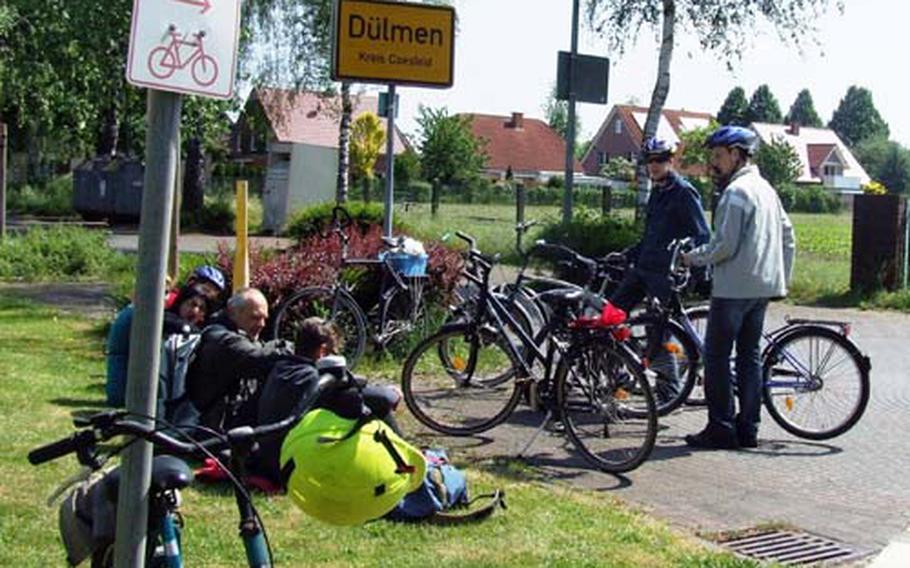 Cyclists take a break along one of the well-marked trails. There are many marked routes in Münsterland, including the 575-mile long “100 castles route.” (Leah Larkin / Special to Stars and Stripes)

Welcome to the cycling capital of Germany: M&uuml;nster. The lively city in northwestern Germany is ringed with bicycle paths. Its charming old town is limited to bicycle and pedestrian traffic. Each of the city&rsquo;s 280,000 citizens is said to own at least two bicycles. And everyone from the mayor and bishop to the town&rsquo;s 50,000 students uses pedal power as a primary means of transportation.

"They have a good bike for Sunday, and an old bike to ride to the pubs. If they drink too much and forget where they parked their bike, they just take another one," says guide Brigitte M&uuml;hlenhoff, explaining that some people don&rsquo;t bother to lock old bikes.

Begin a tour at the Radstation, a bicycle depot at the city&rsquo;s train station. This underground facility has parking spaces for 3,500 bicycles, offers bike rental, bike repair even a bike wash. Set off on a rental bike or on foot (everything is within walking distance) to the city center to take in the sights. Even if you opt for walking, rent a bike for a ride around the Promenade, a leafy alley that replaces the old city walls and circles the city. One side is reserved for cyclists, the other side for those on foot. From the Promenade you can venture down one of the many bike routes that lead to the city outskirts and connect with long distance routes.

M&uuml;nster, the capital of North Rhine Westphalia near the Dutch border, was 92 percent destroyed in World War II. The city council wanted to rebuild it in a contemporary style. The residents wanted to preserve the original medieval look. The residents won. On the Prinzipalmarkt, the main square in the old town, all the facades were restored to their Gothic and Renaissance splendor. The cobbled street, arcades, gables and towers provide a genuine Old World backdrop to the cafes whose outdoor tables sprawl beneath.

The Rathaus (city hall) is the pi&egrave;ce de r&eacute;sistance, with magnificent gables, pinnacles and delicate window tracery making it an outstanding example of Gothic civic architecture. Inside is the famous Friedenssaal (Hall of Peace) where some five years of negotiations took place leading to the Westphalian Peace Treaty in 1648 which ended the Thirty Years War, a conflict that had involved almost all the European powers and laid the foundations upon which modern Europe was built. During the lengthy negotiations, M&uuml;nster was a hub of diplomacy where more than 150 envoys met to hammer out the agreement.

Contents of the Hall of Peace, including its carved wood panels, were moved to the M&uuml;nster castle for safe keeping during the war. The room was restored to its former beauty with all the original trappings. In addition to the splendid paneling and portraits of many of the envoys, there are some curious treasures on display: a severed hand and a slipper. Not much is known about the origins of the hand. The slipper, according to one theory, belonged to Elisabeth Wandscherer, who was beheaded in 1535 by her husband, the king of the Anabaptists, Jan van Leiden, who ruled in the early 16th century.

Another grim reminder of the Anabaptists, a religious movement that denied the validity of infant baptism and practiced re-baptism as well as polygamy, is found high atop St. Lambert&rsquo;s church. The bodies of three Anabaptist leaders were left to hang in cages on the tower after the sect was crushed in 1536.

The cages were preserved as a "reminder."

In addition to its 90 churches, greater M&uuml;nster is noted for another kind of meeting place: There are 900 pubs in the city and its suburbs. One that is a must for a taste of a special brew is Pinkus M&uuml;ller, the city&rsquo;s oldest brewery in the Kuhviertel, a district of old student watering holes and cozy restaurants. Sit on wooden benches under ancient beams and order a traditional specialty, such as Westf&auml;lischer Topf (a type of meat stew) with sauerkraut and green beans, to accompany the beer in this family-owned pub/restaurant that dates back six generations.

Other churches to visit include St. Paul&rsquo;s cathedral, a 13th-century structure that was restored after the war and has an astronomical clock from the Middle Ages with a calendar extending to 2071; St. Peter&rsquo;s, a basilica with a richly decorated Renaissance portal; and St. Clement&rsquo;s, a round building from the mid-18th century with a lavish Baroque interior.

In the museum category, the Pablo Picasso Museum of Graphic Art displays 780 lithographs by the artist as well as special temporary exhibits. An addition is under construction at the Landesmuseum (fine arts museum), but you can still visit and admire a collection of paintings, statues, stained-glass windows and altarpieces from the Middle Ages to the present.

More modern, far-out art that is fun to behold is at Kunst M&uuml;nster, an exhibition hall of contemporary works in the city&rsquo;s harbor area, Kreativkai. M&uuml;nster is situated on the River Aa and linked to Dortmund by the Dortmund-Ems canal.

Ride a bike to this area, which is being revived and now houses numerous restaurants, clubs, trendy businesses such as Harley-Davidson, and advertising agencies in restored warehouses. One, Coconut Beach restaurant, has an outdoor area of sand and beach chairs. On warm evenings, the waterfront is abuzz with hand-holding couples &mdash; some pushing strollers, others with a dog on a leash &mdash; and a few cyclists weaving through the crowd.

M&uuml;hlenhoff said it&rsquo;s not uncommon for city cyclists to throw their old bikes into the canal. In 1984, the city cleaned a three-mile section of the canal and recovered four cars, 125 bikes, 66 motor scooters, 29 motorcycles, two slot machines, six cigarette vending machines and two safes. Who knows what they&rsquo;d find today?