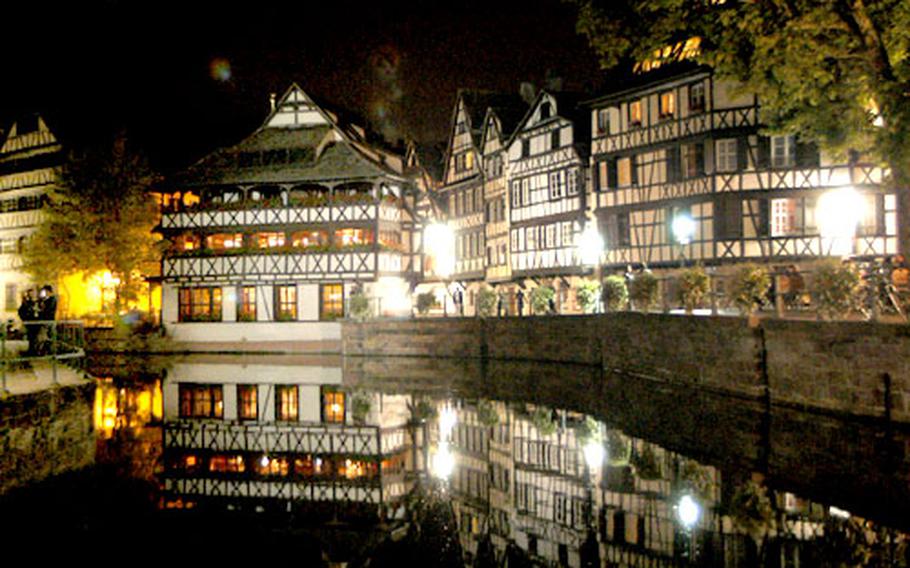 The Petite France section of Strasbourg, with the Tanner&#39;s house at left, glows at night. (Michael Abrams / S&S)

The Petite France section of Strasbourg, with the Tanner&#39;s house at left, glows at night. (Michael Abrams / S&S) 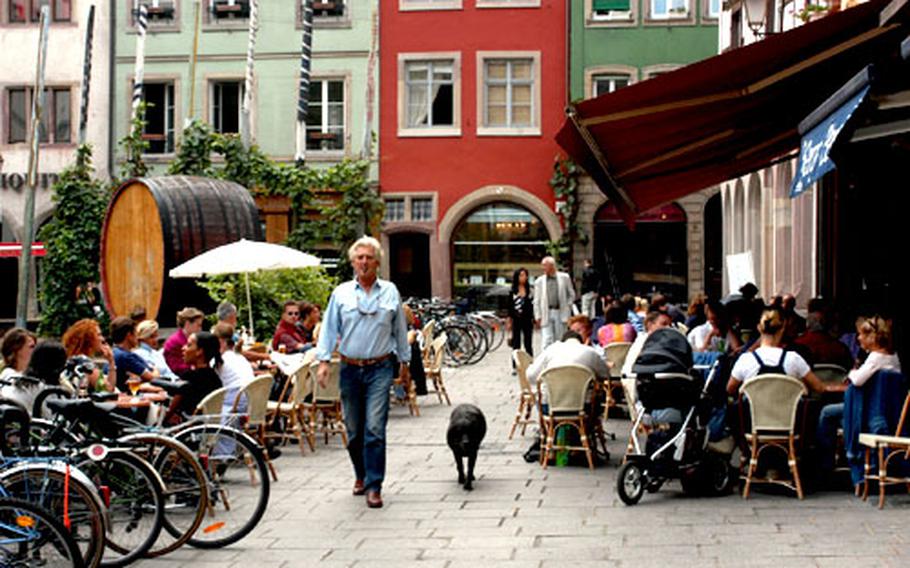 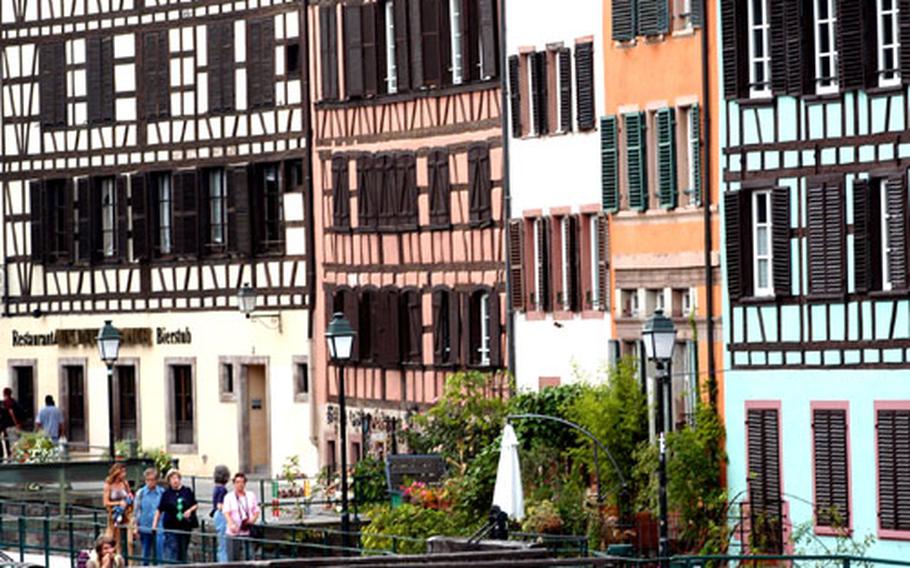 Buy Photo
A sign for a Winstub, or wine tavern, in Strasbourg, France. The Alsace region of France is renowned for its white wines. (Michael Abrams/Stars and Stripes)

Strasbourg is one of those European cities where you can spend all day, seeing the sights and visiting the museums. But it is also a place where you can just soak up its atmosphere by wandering its streets and squares, stopping at caf&#233;s and taverns.

This city in eastern France, on the Ill river, is old. The Celts once settled here as did the Romans. They called it Argentoratum.

The Alamanni have passed through here and so have the Franks. Attila and his Huns destroyed the city in 451. Throughout the centuries, Strasbourg has been French, then German and then French again. Although the Strasbourgois are French, many speak German, and the Alsatian dialect spoken here is more German than French. And while you can dine on fine French cuisine here, the Alsatian specialties have a German flavor. Perhaps it is the mixture of French and German that gives Strasbourg its charm.

The city&#8217;s centerpiece is the Cathedrale Notre-Dame. Begun in 1015 in the Romanesque style, by the time it was finished in the 15th century it was mostly Gothic. You could spend hours looking at all the statues and ornaments on its west facade.

Cathedral square, lined with historic buildings, is a lively place with hordes of tour groups wandering through it. The cafes on the square are not the coziest or the cheapest in town, but they offer a great place to sit and admire the cathedral.

Much cozier are the square and caf&#233;s of the Place Marche Gayot, off Rue des Fr&#233;res, east of the cathedral. It is easy to miss, two small alleys lead from Rue des Fr&#233;res to it, which might be why it is more frequented by students than tourists.

There is plenty of shopping in Strasbourg, from small shops selling foie gras to France&#8217;s temple to commerce, the Galleries Lafayette department store. Much of this is north of the cathedral along Rue des Orfevres, Rue des Grandes Arcades and Place Kleber. To the west is Place Gutenberg, with its statue honoring the pioneer in the use of movable type who lived here for more than 20 years. Across the square is the Grand Rue, a popular shop-lined pedestrian lane.

South of the Grand Rue is Petite France, the former tanners&#8217; district of Strasbourg. Sixteenth- and 17th-century half-timbered houses line the Ill and its canals here, making it the most picturesque part of the city.

It is also the place to try the wine and food of the Alsace. Find a vinstub, or wine tavern, and enjoy a glass of wine at a price usually much less than at a restaurant. Alsatian wines, especially the whites, are more like German wines than French wines from Burgundy or Bordeaux.

Alsatian cuisine is quite hearty, like its German cousin. Try Baeckeoffe, a casserole of pork, lamb, beef and vegetables or Choucroute garni, sauerkraut with sausage.

So it is the visitors choice: explore Strasbourg&#8217;s past and see its cathedral, museums and historic buildings, or enjoy its present in its caf&#233;s, restaurants and wine taverns.

Or stay a while and do both.