Meisenheim: An undiscovered delight near Baumholder 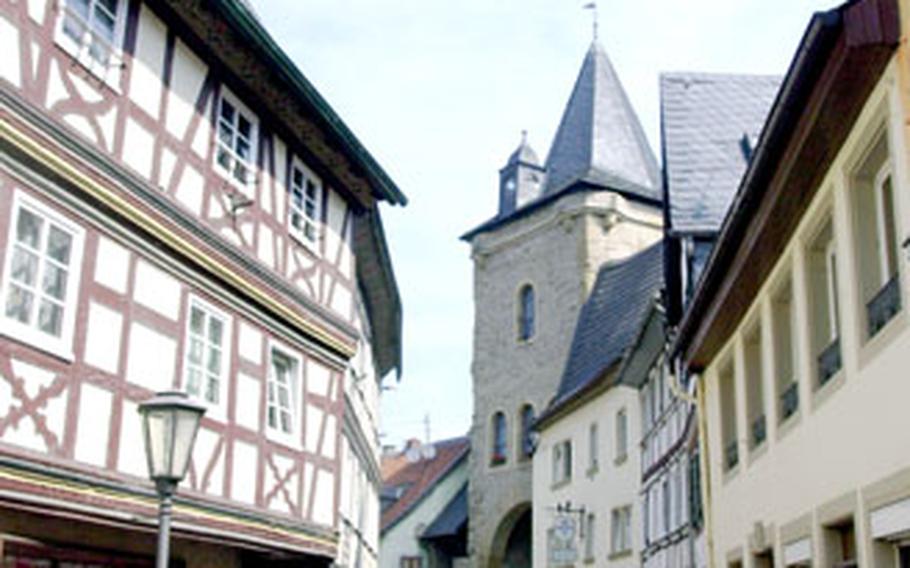 Meisenheim is beautiful, but isn’t “officially” a tourist town. Its narrow, medieval streets can be choked with traffic, and there’s no Fussgängerzone where pedestrians can walk freely. (Terry Boyd / S&S) 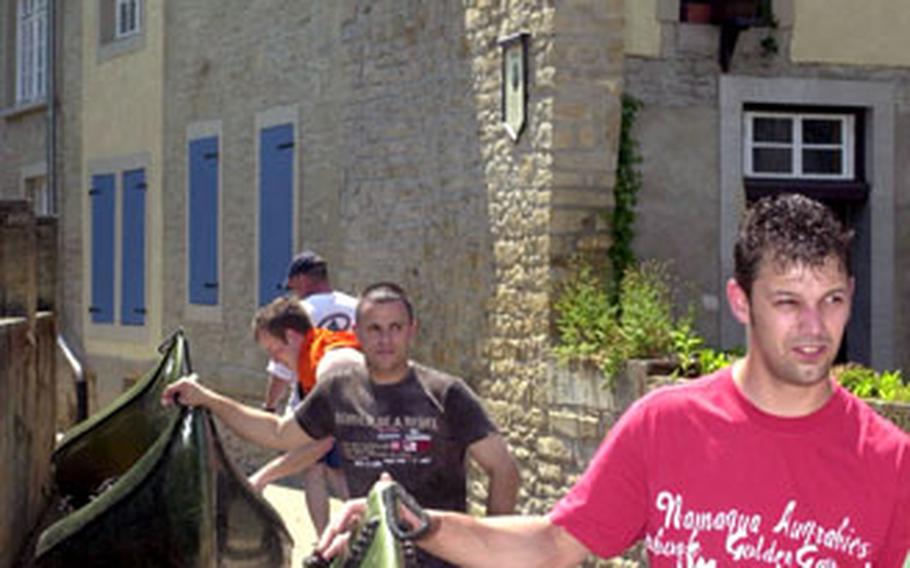 Most tourists come to Meisenheim for river sports on the Glan. Boaters line up on Schillerstrasse for a chance to rent canoes for a half-day adventure on the river with HKM Events. (Terry Boyd / S&S)

The biggest rush from doing travel stories &mdash; aside from getting paid for going out and discovering great destinations &mdash; is when readers say, &ldquo;Gee, read your story about X, but have you been to Y?&rdquo;

Which is precisely what happens when, at the commissary, I run into Lt. Col. Mike Money, head of nursing at the clinic in Baumholder, Germany.

&ldquo;Terry, I read your story about Herrstein, and I guess that&rsquo;s a nice 40 minutes on Sunday,&rdquo; Mike says. &ldquo;But have you been to Meisenheim?&rdquo;

Never heard of it, I say. Picture a miniature Rothenburg ob der Tauber, the good colonel says. Authentic, half-timbered, 16th-century buildings on a river. A much larger city wall than tiny Herrstein, a restored medieval village in the Palatinate hills. Lots of cafes on squares.

&ldquo;We had guests for about a month, and we took them everywhere,&rdquo; he says. &ldquo;You know the place they liked best? Meisenheim.&rdquo; Best of all, it&rsquo;s 25 minutes from Baumholder, instead of five hours across Germany to Rothenburg.

Sounded good. Turned out to be even better. For the most part.

Everything Mike said was true. Meisenheim is old, picturesque &mdash; and my personal favorite &mdash; undiscovered. Finally, as promised, a river runs through it, the Glan.

But this is no preserved tourist town a la Rothenburg, Bernkastel-Kues or Rudesheim. Meisenheim is a real town, where people really live. And drive. The single criticism I have is that there is no pedestrian-only zone. Cars are whizzing by inches away as you walk down Untergasse, the main drag, trying to find a cold brew.

The few tourists were mostly sitting at riverside cafes, waiting for Harald and the crew at HKM Events to take them up the Glan for a half-day canoe trip. Which drives Stefan Nowak crazy.

&ldquo;Where are the tourists?&rdquo; asks Nowak, who runs Palatium, a quirky silver and gold studio, with his girlfriend, Melanie Grieb. Meisenheim attracts mostly Germans. Sure, a few visitors wander in from Switzerland and the Netherlands, Grieb and Nowak say. But there aren&rsquo;t enough Americans to even count.

&ldquo;Why only a few Americans when we&rsquo;re so close to Ramstein, Kaiserslautern and Idar-Oberstein &hellip; 35 kilometers away?&rdquo; Nowak says.

That, I can&rsquo;t answer. Meisenheim is about as good as it gets in Rheinland-Pfalz, and has been since the Celts were here 1,500 years ago. Their burial mounds and religious sites are still visible, Nowak says. Since the seventh century, it&rsquo;s been a strategic &mdash; not to mention scenic &mdash; trading center on a river between Frankfurt and the French border.

Today, it&rsquo;s a place where wealthy people from Idar, a jewelry center, and Bad Kreuznach buy summer homes. Where locals walk down from their old mansions to run errands in grocery stores, optical shops and bakeries in 500-year-old buildings. Where you can walk a few yards out the city gate, down to the river and watch a blue heron stalk his breakfast amid teeming schools of tiny fish.

It&rsquo;s so good, so green, so quiet that Grieb and Nowak gave up city life in Mannheim and Frankfurt, respectively, to return to Meisenheim to open their jewelry workshop in the 130-year-old former livery stable that belonged to Grieb&rsquo;s grandfather on Schillerstrasse, a few yards from the river.

Now, they wonder, how will they tap into those thousands of Americans just a few miles away who have no idea Meisenheim even exists?

FOOD: Meisenheim has a fair variety of restaurants. There are also ice cream cafes, beer gardens and at least one upscale wine restaurant.