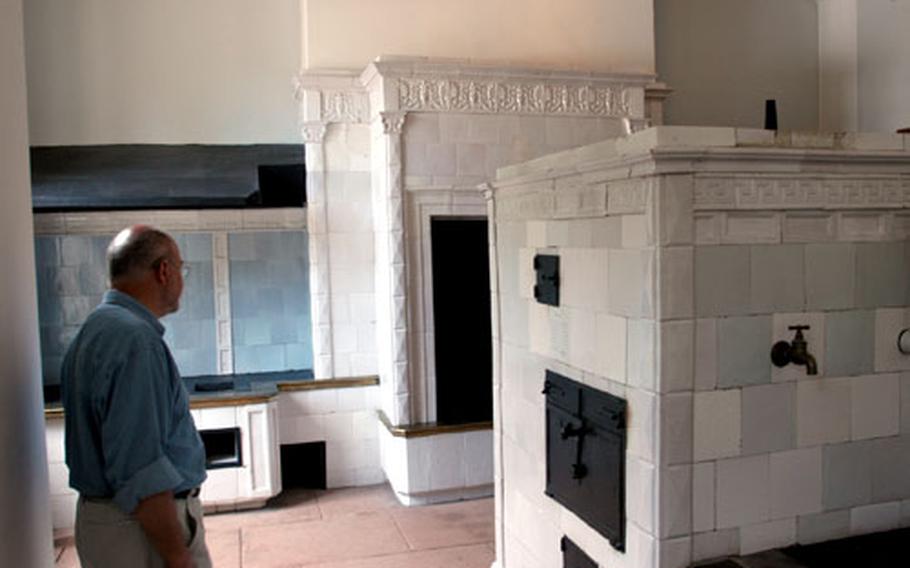 The kitchen of Villa Ludwigshöhe, summer residence of Ludwig I of Bavaria. (Peter Jaeger / S&S)

The kitchen of Villa Ludwigshöhe, summer residence of Ludwig I of Bavaria. (Peter Jaeger / S&S) 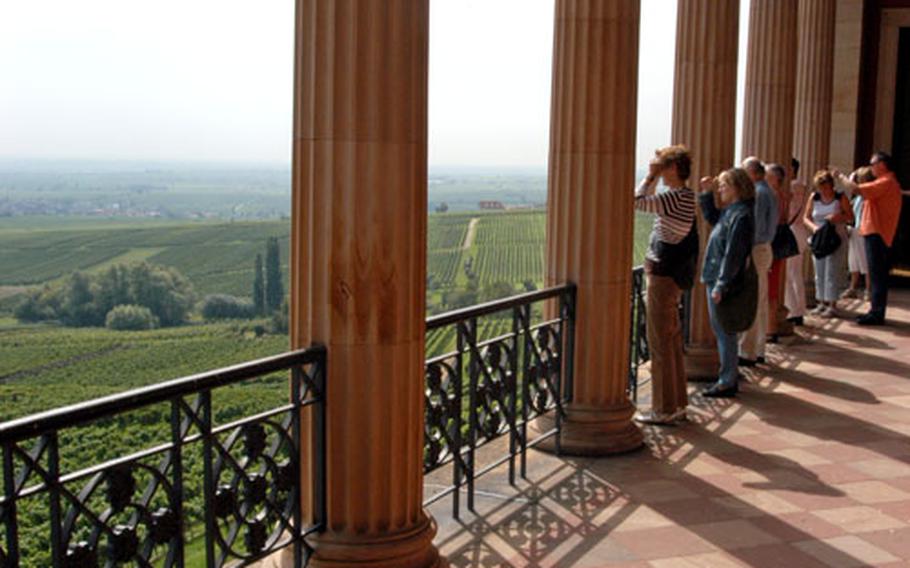 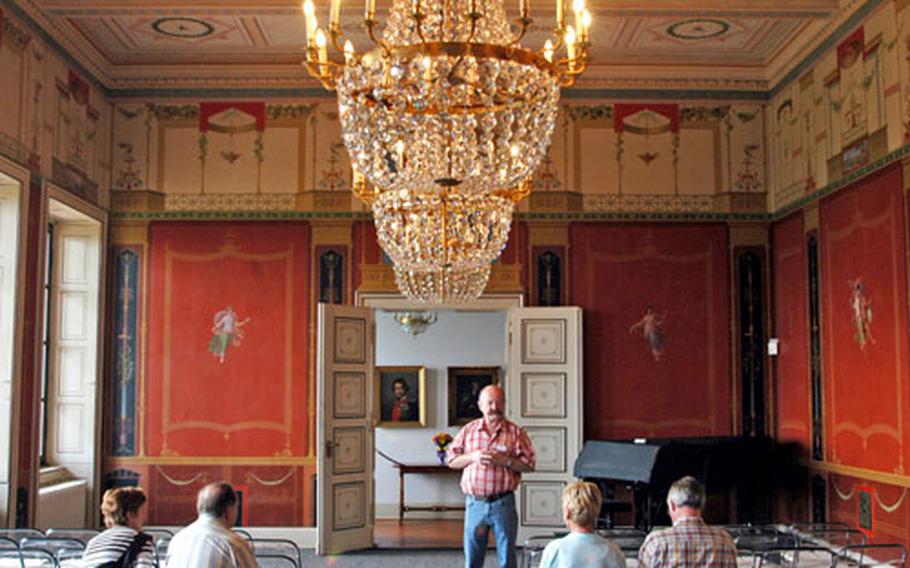 Guide Josef Mootz offers his view of the the Pompeiian Hall, one of the most decorative rooms of the villa. (Peter Jaeger / S&S) A motorcyclist zips down the road leading from the Villa Ludwigshöhe, which overlooks the vineyards of Rheinland-Pfalz. (Peter Jaeger / S&S)

&ldquo;Mad&rdquo; King Ludwig, as he is sometimes known, never visited his grandpa&rsquo;s summer villa near the German wine road, even though he owned it for 17 years.

Perhaps that&rsquo;s because the Bavarian king was too busy building his own residences, Neuschwanstein in particular. In 1869, the same year Ludwig II inherited Villa Ludwigsh&ouml;he, workers were laying the cornerstone for Neuschwanstein, which later became the inspiration for the &ldquo;Sleeping Beauty Castle&rdquo; at Disneyland.

While some people viewed the fairy-tale king &mdash; another moniker &mdash; as an oddball, his grandfather &ldquo;was considered down to earth,&rdquo; according to Josef Mootz, a tour guide at the grandfather&rsquo;s villa near Edenkoben.

Located in an area that was once part of Bavaria, Ludwigsh&ouml;he is now owned and maintained by the state of Rhineland-Pfalz. Though it lacks the size and pizazz of Neuschwanstein, the villa draws upward of 30,000 visitors a year, many of whom swing by for a peek while touring the Weinstrasse.

Completed in 1851, the summer retreat of Ludwig I sits on a hillside between the cities of Landau and Neustadt. Above the site are the ruins of Rietburg Castle. Around it and below are vineyards, woods and rolling hills, all of which afforded Ludwig I a stunning vista.

&ldquo;He didn&rsquo;t need to create a park,&rdquo; Mootz said during a recent tour, &ldquo;because the whole landscape is a park.&rdquo;

Compared with his eccentric grandson, Ludwig I had relatively simple tastes, though someone who hasn&rsquo;t been to Neuschwanstein, Linderhof or Herrenchiemsee may not think that.

Tours of the villa run periodically throughout the day, usually in German. Andreas Spiess, a colleague of Mootz, does offer a walk-through in English, provided that it&rsquo;s coordinated in advance.

Well before Ludwigsh&ouml;he&rsquo;s construction, the Bavarian king indicated that he one day wanted &ldquo;a villa of the Italian kind (Roman era) &hellip; situated in the mildest part of the kingdom.&rdquo;

This fit the bill: On clear mornings, on the upper veranda on the east side, the side that faces the vineyards and the valley below, the sun feels as warm as it would in the Mediterranean region. When the U.S. Army occupied the villa for two years immediately after World War II, the terrace was probably a favored spot of soldiers to sun themselves and enjoy the view.

Inside, visitors must wear baggy, felt slippers so as not to damage or scuff the intricate hardwood floors. The tour encompasses only a portion of the villa and is not long. Perhaps the most taxing aspect is keeping those darned slippers on as you shuffle from room to room.

Like other palace tours, this one includes where the family received guests and where they ate, slept and bathed. One of the most interesting rooms is the large kitchen, with its vaulted ceiling, stoves and hearth, the latter still bearing instructions for use.

Finally, a trip to Ludwigsh&ouml;he provides a wonderful excuse to visit any of the countless wineries up and down the wine road. It&rsquo;s probably fair to say that during the king&rsquo;s visits to this summer retreat, he and his entourage availed themselves of some of the same wineries that exist today &mdash; and that&rsquo;s no fairy tale.

On the QTDIRECTIONS: From the junction of Autobahns 6 and 67 near Mannheim, head west on A6 toward Kaiserslautern. Continue on A6 past the Rhine River to A61, then head south toward Speyer. Well before Speyer, take A65 in the direction of Neustadt. Near Neustadt, A65 begins to parallel Route 38, the Weinstrasse, or German wine road. Exit at Edenkoben and go west, looking for signs to Ludwigsh&ouml;he. From A65, the villa should be visible from the road.

TIMES: Closed Mondays and during December. Otherwise, open 9 a.m. to 6 p.m. Tuesday through Saturday April through September; during the rest of the year, the villa closes an hour earlier.

FOOD: None is available at the villa, but there are many restaurants in the area.