Kyoto: The essence of Japan 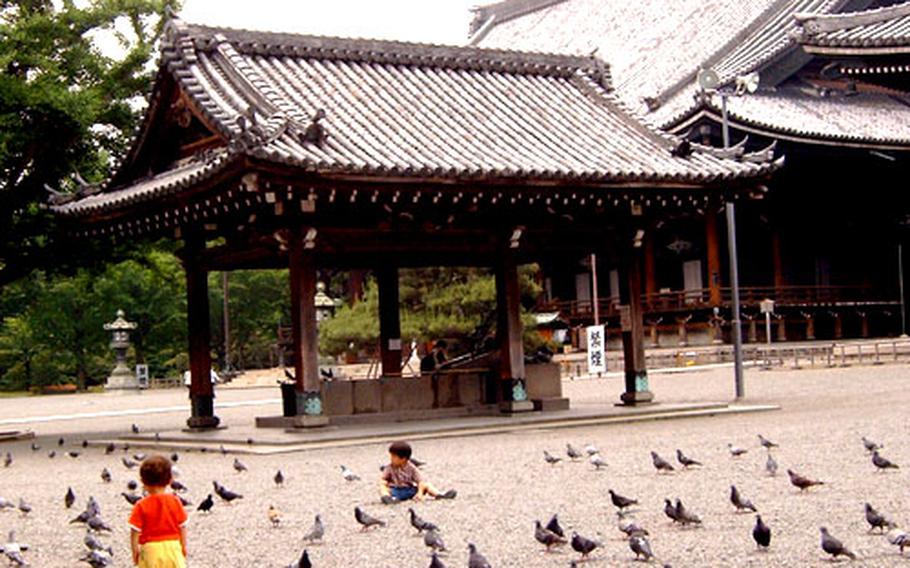 Higashi Honganji Temple, located near Kyoto Station, was built by first Tokugawa Shogun Leyasu in 1602. It&#39;s the mother temple of one of the largest sects in Japan, which has nearly 9,000 affiliated temples throughout Japan. (Chiyomi Sumida / S&S)

Higashi Honganji Temple, located near Kyoto Station, was built by first Tokugawa Shogun Leyasu in 1602. It&#39;s the mother temple of one of the largest sects in Japan, which has nearly 9,000 affiliated temples throughout Japan. (Chiyomi Sumida / S&S) 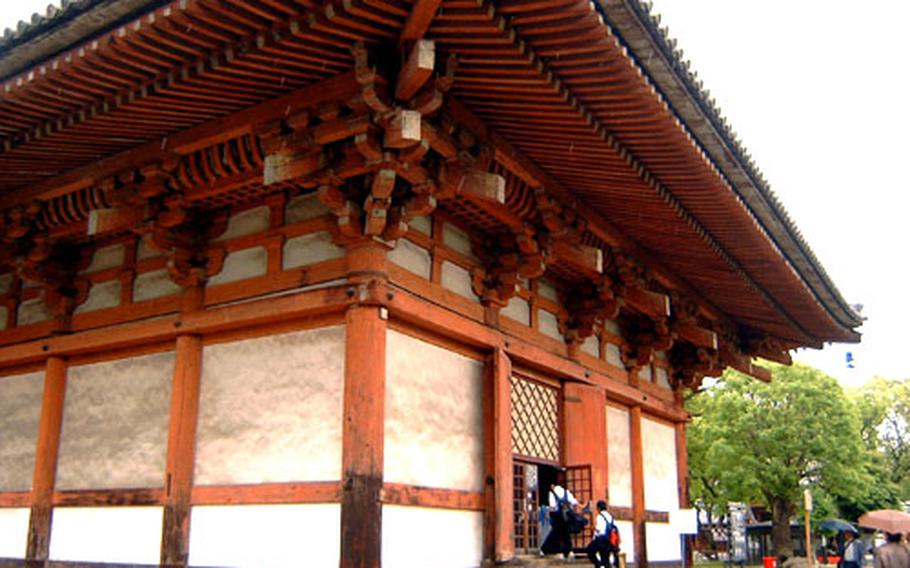 Toji was built in 794 A.D. as Kyoto’s guardian temple. The Lecture Hall is one of the three major halls of the temple. Historical Buddhist statues and many cultural assets are on display. (Chiyomi Sumida / S&S) 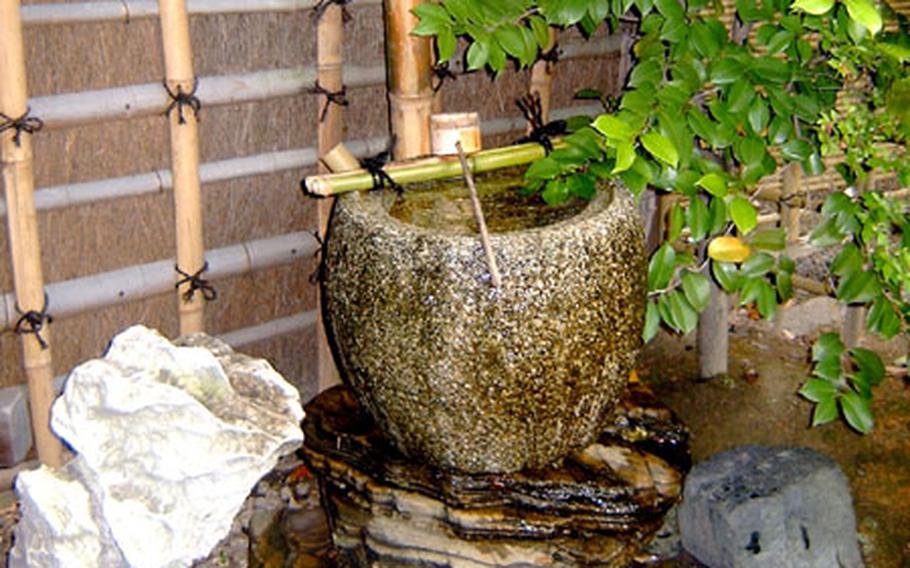 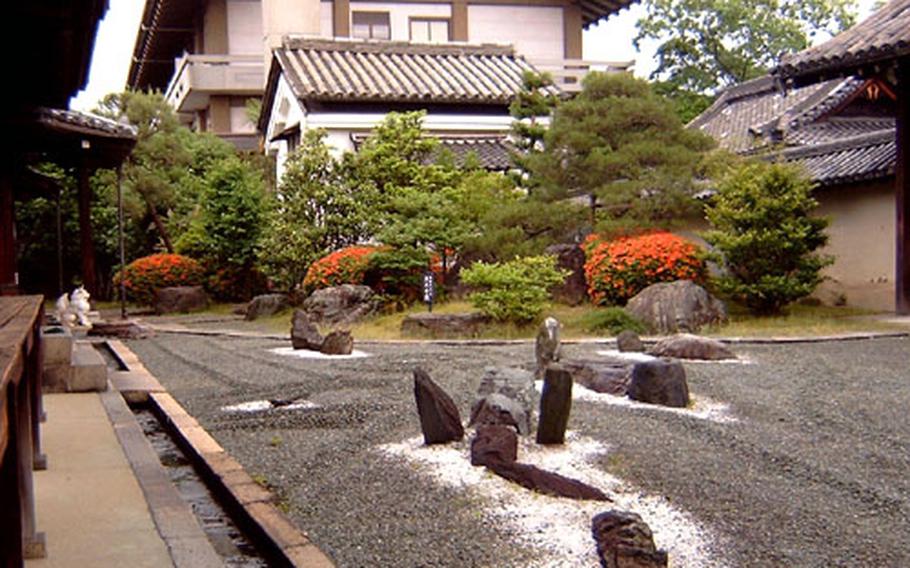 Stone gardens like this one at Kanchi-in can be seen at many temples in Kyoto. Sitting on a wooden velanda to watch the garden is truly a moment of meditation. (Chiyomi Sumida / S&S) 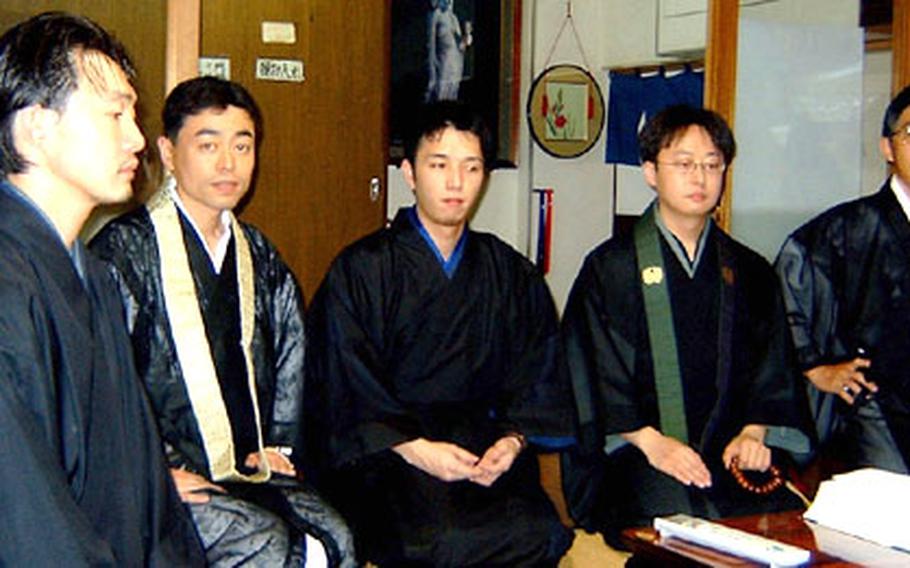 Monks from all over Japan attend an annual training for Shomyo, Buddhist chants, at their mother temple, Higashi Honganji near Kyoto Station. (Chiyomi Sumida / S&S)

The small, ancient Japanese inn was enveloped with deep-toned singing voices. The smooth and soothing melody, like a Gregorian chant, drifted out into the street, breaking the tranquility of a lazy Kyoto afternoon.

Later that evening we discovered the solemn voices were Shomyo, or Buddhist chants &mdash; monks staying at the inn were practicing.

&ldquo;We are here to attend two weeks of Shomyo training at Higashi Honganji,&rdquo; said Toshitaka Asakura, a monk from Tokyo. Resident monks from all over Japan come to Kyoto to take the annual training, said another monk, Masafumi Kusakabe from Kumamoto.

Many Buddhist sects in Japan have home temples in Kyoto, the capital of Japan for more than 1,000 years before Tokyo. This city holds the origin of Japan&rsquo;s religion and culture, and is often called Japan&rsquo;s spiritual home.

More than 41 million people visit the city every year to see the historical temples, Japanese gardens and castles, such as the Gold Pavilion, Toji temple, Kamigamo Shrine and Nijojo Castle.

The Japanese inn, Ika Hotel, where my sister and I stayed, was built about 200 years ago as a lodge for Buddhists, and later converted to a regular inn.

&ldquo;Many of our guests are people from other countries,&rdquo; said Keiji Yamaoka, the inn&rsquo;s volunteer manager, showing us a guest book with addresses in countries such as Germany, Switzerland, Canada and the United States.

&ldquo;They all enjoyed staying here, especially the experience of sleeping on the tatami floor,&rdquo; he said.

The next morning, we walked to the Higashi Honganji temple near Kyoto Station. Temple visitors are welcomed by the 29-foot tall giant gate, Goei-do Mon &mdash; the largest in Kyoto.

The temple was originally built in 1602 by the first national military leader. It&rsquo;s the mother temple of the Shinshu Otaniha &mdash; one of the largest Buddhist sects in Japan with about 9,000 affiliates.

The main building, Founder Hall, is the world&rsquo;s largest wooden structure. Inside the hall, a senior monk delivered a sermon. Among the spectators, an elderly man bent with age listened quietly. Holding a Buddhist rosary in his hands, his eyes fixed to the main altar.

Also located near Kyoto Station is Toji temple. It was built as the city&rsquo;s guardian temple in 794 A.D. The temple&rsquo;s five-story pagoda, a familiar symbol of Kyoto, was built in 1644 by Iemitsu, the third Tokugawa shogun, after fire destroyed the original pagoda.

Standing at a corner of the temple&rsquo;s huge grounds is another temple, Kanchi-in.

It was built in 1359 as a school for esoteric Buddhism. What makes the small temple famous today is a painting in the alcove, drawn by a legendary sword master, Miyamoto Musashi, during his three-year stay at the temple.

Although the color of the picture has faded, it still vividly conveys the spiritual tenseness and dynamism of the great samurai who lived through Japan&rsquo;s warring state period in the 16th century.

Kyoto is honeycombed with bus and subway systems. Urban planners more than 1,200 years ago covered the city with gridlike roads, making it a visitor-friendly capital.

A short subway ride from Kyoto Station is the Imperial Palace in the city&rsquo;s central area. Until Japan&rsquo;s capital was moved to Tokyo in 1868, this was the emperor&rsquo;s residential palace. Around the palace were residential quarters for about 200 high-ranking court nobles.

When Emperor Meiji left Kyoto for Tokyo, so did the peer class. Losing masters, the 156 acres of estate became dilapidated, but were later turned into a public park: Kyoto Goen Park. The large park now offers visitors a place for recreation and relaxation.

People jog, ride, bike or walk with their dogs in the wide-open space and under thick tall trees &mdash; about 50,000 trees provide gentle shade.

After departing the park, a 10-minute walk along the east side of the park&rsquo;s outer walls took us to Rosanji Temple, a site that once was the home of Lady Murasaki, one of the world&rsquo;s earliest and greatest writers. It is said that most of her work, such as the Tale of Genji and the Diary of Murasaki Shikibu, were written here.

The tour to the temple lured us into the world of Japanese classic literature. Rosanji is open to the public daily at 9 a.m. to 4 p.m.

Kyoto is the birthplace of Japanese architecture, gardens, tea ceremony, flower arrangement, cuisine &mdash; and most anything &lsquo;Japanese&rsquo; you can imagine. Visiting Kyoto provides a visual history of Japan, where you can feel the essence of the culture and the hearts of the people.

Kyoto - Where Cool Silks and Mossy Gardens Are a Way of Life: http://www.into.go/eng/spn/kyoto/indx.html.