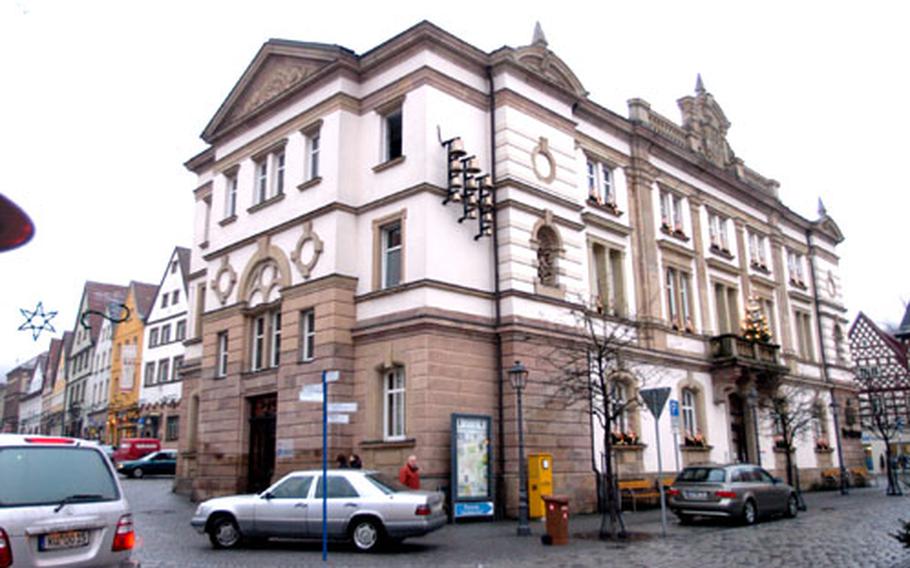 The architecture is the star of the old town&#39;s shopping district in Kulmbach, Germany. Within the old town are banks, small stores and large retail chains like Woolworth&#39;s. (Rick Emert / S&S)

The architecture is the star of the old town&#39;s shopping district in Kulmbach, Germany. Within the old town are banks, small stores and large retail chains like Woolworth&#39;s. (Rick Emert / S&S) 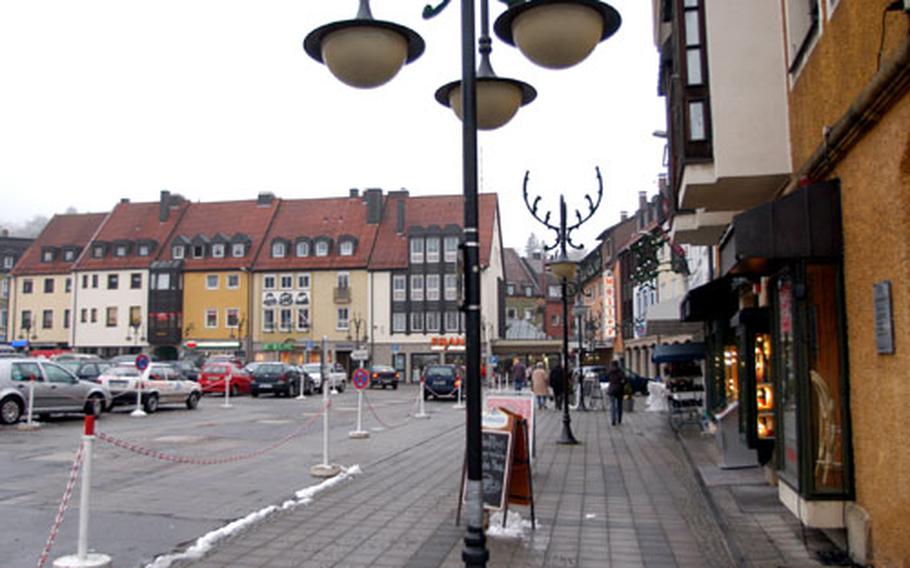 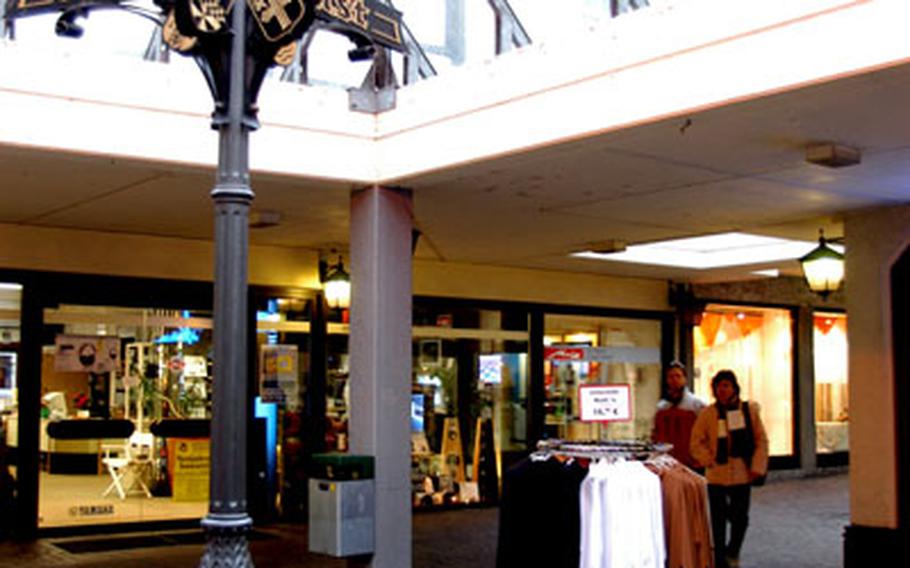 An old-fashioned street sign points the way for the named shopping walkways in the old town of Kulmbach, Germany. (Rick Emert / S&S)

The city of Kulmbach, Germany, about 35 minutes east of Bamberg, boasts several breweries and museums, a great shopping experience and some of the friendliest people you are likely to meet anywhere.

About 10 minutes off Autobahn 70, the old town offers dozens of small shops and some large retail chains either on the city streets or along small walkways.

To get to the old town, follow signs to &ldquo;Stadthall,&rdquo; and park in the centrally located parking area. Across the street from the lot is the tourist and information office. The English-speaking staff has free English-language brochures and booklets about the city, as well as maps of some of the highlights, such as Plassenburg castle, the city&rsquo;s landmark, and the Kulmbacher Brauerei.

Don&rsquo;t be afraid to ask for directions from passers-by. The citizens of Kulmbach seem incredibly proud of their city and are more than willing to provide directions and other information about the sights.

The Plassenburg castle was built in 1135 for Bishop Otto of Bamberg. When Otto VIII died in 1248, a dispute with the bishop of Bamberg led to the castle&rsquo;s rule changing to the Thuringian Count Herman of Orlamunde. Control of the castle changed hands many times in its history.

In 1813, the castle served as a military hospital and later as a hard-labor camp until 1862, when it was used as a prison. It was bombed in World War II, and the clock tower and north wing were damaged. Many of the museum contents were pilfered and destroyed when the last prisoners were set free at the end of the war.

In 1953, the castle&rsquo;s Tin Figure Museum opened, attracting people from all over Europe, Japan and the United States, according to Lore M&uuml;ller of the Kulmbach tourist office.

Since 1992, the museum has been located in the Plassenburg&rsquo;s arsenal building. Its four stories boast more than 300,000 tin figures in about 220 dioramas. Tin figure collectors&rsquo; Web sites refer to the museum as the mecca of tin figures and call it the largest museum of tin, flat figures in the world. Anyone stationed in Germany with even the slightest interest in tin figures might want to check it out.

The city also is known for its more than 20 varieties of beer made by the Kulmbach, EKU, M&ouml;nchshofbr&auml;u, Reichelbr&auml;u and Sandlerbr&auml;u breweries. The breweries now are united as the Kulmbacher Brauerei.

Among the 20 varieties is EKU 28, one of the strongest beers in the world, with an alcohol content of 28 percent, M&uuml;ller said.

Don&rsquo;t expect to find EKU 28 for sale in Kulmbach, however. The beer is made in a brewery that is not open to the public and is sold in large drink markets that sell specialty beers.

With a beer history dating to 1349, Kulmbach is comparable to another Bavarian city, Bamberg, which boasts the most breweries per capita of any city in Germany.

But there is no rivalry between the two beer cities, M&uuml;ller said. Kulmbach has its own title of beer supremacy: &ldquo;We are the secret capital of beer,&rdquo; she claimed.

On the QT ...Directions: Take Autobahn 70 toward Nuernberg and Bayreuth, and exit on B85 toward Kulmbach and Bayreuth-West. Turn right on B85, and about five miles later, turn right on Wilhelm-Meussdoerffer-Strasse. Follow signs to &ldquo;Stadthall&rdquo; to reach the old town and the tourist office.

Costs: Museum admissions, parking and restaurants are all moderately priced, but some of the shops are pricey. If you park in the old town&rsquo;s central lot, be sure to get a parking permit from the nearby machine and place it on the dashboard. With the limited parking, police officers routinely check the permits. Parking costs 1 euro for two hours.

Food: There are more than a dozen restaurants and several kiosks in the old town. The food ranges from bratwurst to much heartier Franconian dishes such as ham hocks and asparagus. There also are restaurants with international cuisine such as Thai, Chinese and Italian.