Karlsruhe: Gallery and garden offer a visual feast on the Rhine 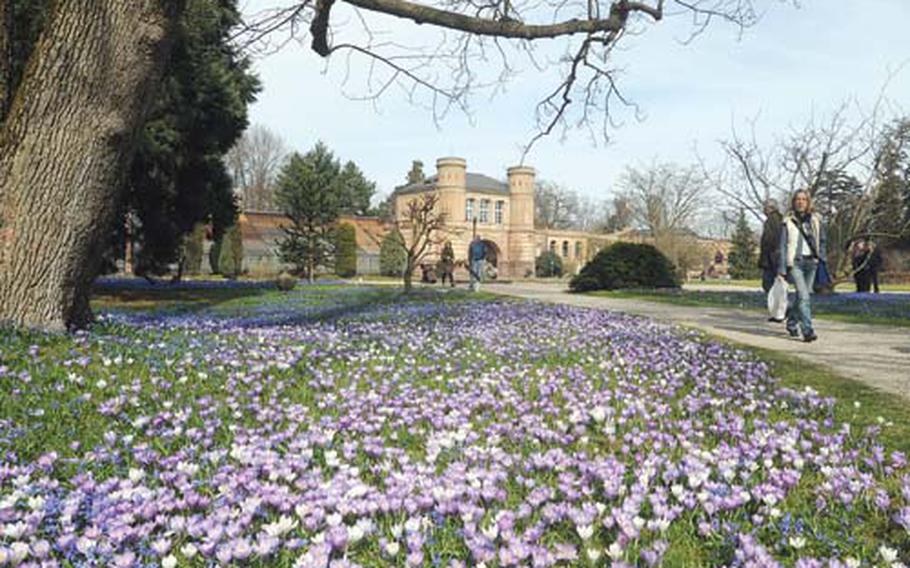 A sea of crocuses bloom in the botanical garden in Kalsruhe, Germany. In the background are the garden&#39;s hothouses. (Michael Abrams / S&S)

A sea of crocuses bloom in the botanical garden in Kalsruhe, Germany. In the background are the garden&#39;s hothouses. (Michael Abrams / S&S) 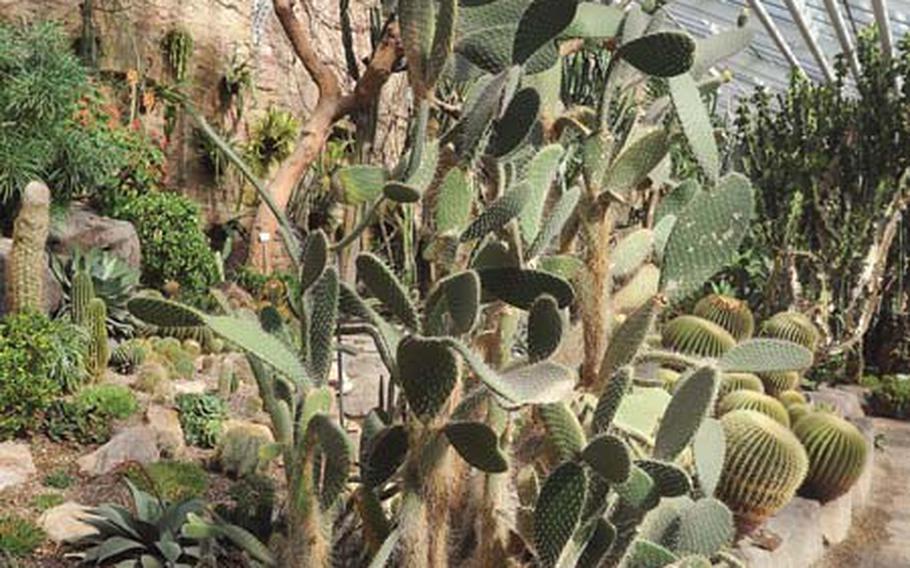 The cactus house is the first hothouse you enter when visiting the Karlsruhe botanical gardens. The giant cactus in the foreground is an Optunia, or paddle cactus. The big round Golden Barrel Cactus at right, are nicknamed mother-in-law seat in German. (Michael Abrams / S&S)

When Margrave Karl Wilhelm of Baden-Durlach founded the German city of Karlsruhe in 1715, he built a palace with magnificent gardens. His successors continued the gardens, including the planting of a botanical garden.

The margraves and later the grand dukes of Baden also collected art. One margravine, Caroline Louise, bought more than 200 paintings in the mid-18th century. Through the years the collection grew, and in 1846, a gallery was opened to display the works.

Today, the Staatliche Kunsthalle Karlsruhe &mdash; State Art Gallery &mdash; and the Botanischer Garten are two places in the city to experience art and enjoy nature.

The gallery&rsquo;s works are housed in two buildings, the original Kunsthalle and the Orangerie, a structure originally designed to accommodate the botanical garden&rsquo;s orange trees in winter.

The range of art displayed in the former reaches from the late Gothic period to the 19th century, while the latter houses works from the 20th century.

In the main building, the art is spread over four floors and divided into periods such as Dutch and German paintings of the 16th to 18th centuries, or French paintings from the 17th to 19th centuries. There is also a hall used for temporary exhibits.

Among the artists on display are Rembrandt van Rijn, Peter Paul Rubens, Paul Gauguin, Edouard Manet, Lucas Cranach the Elder, Mathias Gr&uuml;newald and Albrecht D&uuml;rer. One of the most interesting paintings is Mathias Gerung&rsquo;s "Melancholy in the Garden of Life" from 1558, with a figure representing Melancholy surrounded by vignettes of 16th-century life.

The art in the Orangerie is also divided into sections, such as Dada and surrealism, color painting and reduction of form after 1950 or concrete painting and new realism after 1960.

Many of the big names of 20th century art have works on display here, such as Paul Klee, Max Ernst, Max Beckmann, Wassily Kadinsky, Ernst Ludwig Kirchner, Joan Miro, Otto Dix and Auguste Rodin. Dix&rsquo;s 1933 painting "The Seven Deadly Sins" is a perfect allegory of things soon to come, with a Hitler-like figure riding on the back of an old hag.

When you have had enough art, take a stroll through the gardens.

In the mid-1800s, besides the gardens there were the Orangerie, a Camellia and Flower house, a Palm House, a Water Plant House, a Warm (tropical) House, a winter garden and a pavilion with a passageway to the palace garden.

The condition of the ensemble spiraled downward following World War I, and was mostly destroyed during WWII.

Today a visitor can walk through the Cactus and Succulent House, the Palm House and the Tropical House.

Giant paddle cactus and big, round, golden barrel cactus &mdash; nicknamed mother-in-law seats in German &mdash; are featured in the first house, while palms of all shapes and sizes and giant bamboo are in the second. The Tropical House is a hot 86 degrees, just right for South American water lilies, orchids and bromeliads.

The outdoor area features rare trees and plants, flowers, fountains and pools. It is a nice area to just hang and watch the world go by. Or you can take a seat in the Badische Weinstube restaurant in the former winter garden for nourishment and a drink.

Karlsruhe is in southwestern Germany on the Rhine River. From the north, take Autobahn 5 and exit at Karlsruhe-Durlach, then follow the signs to the Stadtmitte (city center). From the east, take A8 till it meets A5, then exit at Karlsruhe-Mitte or Karlsruhe-Durlach. From the Kaiserslautern area, take A6 to A61 to A65 to Karlsruhe. The State Art Gallery and the botanical garden are on Hans-Thoma-Strasse 2-6, on the edge of the palace grounds.

The Badische Weinstube in the botanical garden is a fine place for lunch or coffee and cake, and there are plenty of places to eat downtown in all price ranges, from fast food to fine dining.

The museum Web site is www.kunsthalle-karlsruhe.de . For the botanical garden, go to www.botanischer-garten-karlsruhe.de