Kaiserslautern 'New York-style' diner has a long way to go 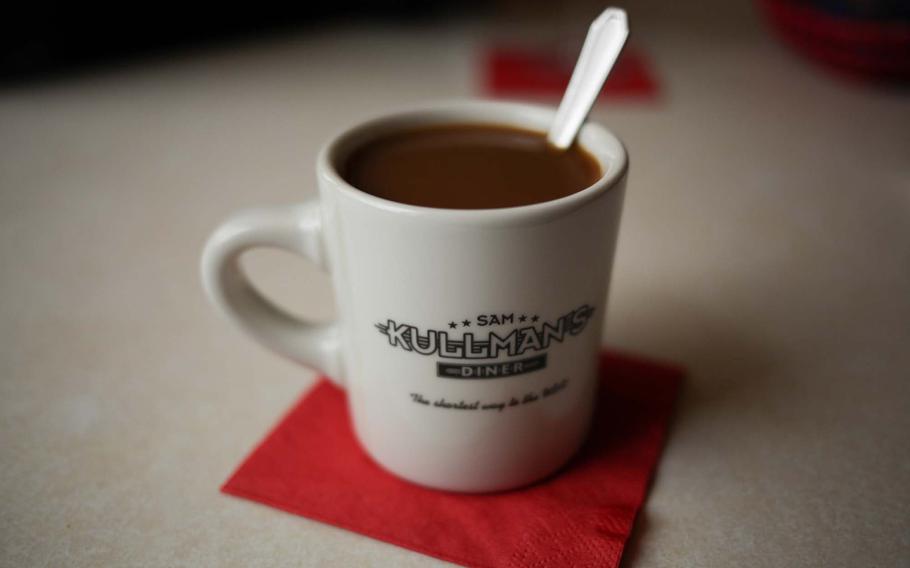 It looks like diner coffee, but don't at Sam Kullman's Diner in K-town, don't expect a happy waitress to wander around looking for empty cups to fill as they do in a real New York diner. (Matt Millham/Stars and Stripes)

It looks like diner coffee, but don't at Sam Kullman's Diner in K-town, don't expect a happy waitress to wander around looking for empty cups to fill as they do in a real New York diner. (Matt Millham/Stars and Stripes) 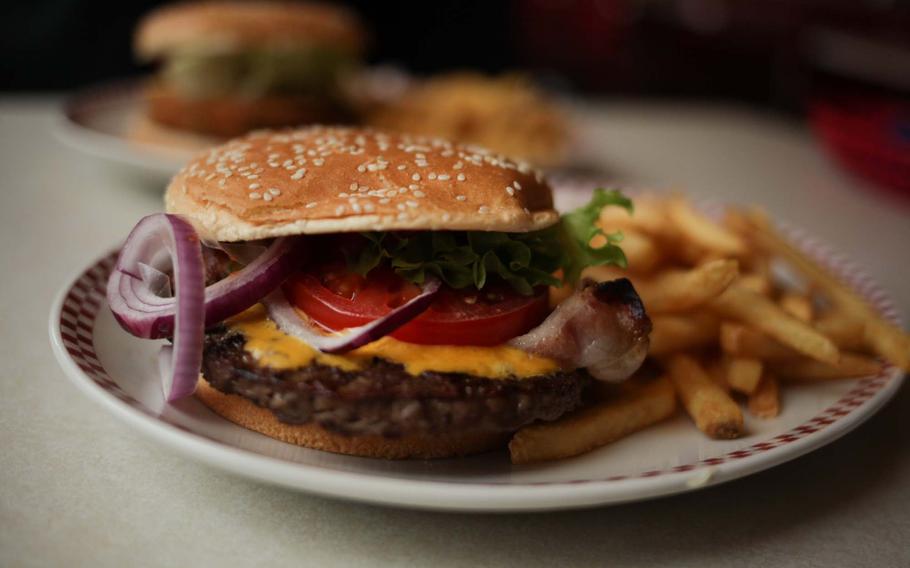 Sam Kullman's is best known for its burgers, which are made from preformed patties and aren't especially tasty. The other ingredients are all right, but they're nothing to write home about. (Matt Millham/Stars and Stripes) 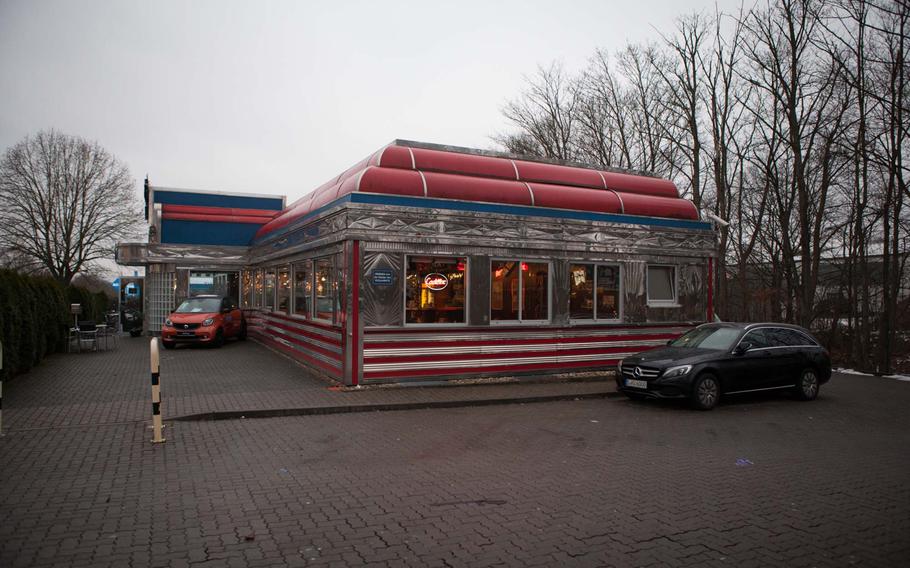 Sam Kullman's Diner in Kaiserslautern looks much like the 1950s New York diners it's meant to emulate. (Matt Millham/Stars and Stripes)

This review is a bit different from what I thought it was going to be. But that’s probably OK.

I went to Sam Kullman’s Diner in Kaiserslautern, Germany, for the first time about a year ago out of sheer morbid curiosity. Not once had I heard a positive thing about the place, and I just had to see if it was as bad as all the hype. It did not disappoint.

A year later, I went back on a mission — a mission for you, dear reader.

I’d hoped that by revisiting Kullman’s, a “New York diner,” I could get at the heart of what makes it not just bad but an actual offense to what it pretends to be. By doing this, others might shelve their own morbid curiosity, awful hamburgers might go uneaten and, just maybe, I could save a life.

They were lofty ambitions. And alas, I have failed.

Because when I went back to Kullman’s, I found that it wasn’t as bad as I remembered.

It’s not, I think, that I was being unreasonable before. As a New Yorker, I have certain expectations of what a diner could and should do. Low prices, prompt service and pancakes are on that list. Shrimp cocktail and anything remotely vegetarian are not.

But the sad fact is — and it will probably pain Kullman’s and many others to know this — a lot of New York diner food is lucky to be average. Plenty of it is just plain gross. The undercooked eggs. The over-cooked spaghetti. Frankly, it’s a little bit hard to comprehend why anyone would aspire to such a low bar. Then again, gravy fries.

But I digress. This is about Kullman’s. And Kullman’s, it turns out, is basically the restaurant version of every German kid walking around in a Yankees cap. It knows what it wants to be, but it doesn’t know what it takes to be that thing.

For example, Kullman’s serves breakfast only until 2 p.m. and options are limited. The breakfast platter, a Frankenstein mash-up of American and English breakfasts, rings up to a ridiculous 18.90 euros.

Weirder, though, is Kullman’s overall focus on burgers, which, I have to tell you, generally isn’t the strongest part of any New York diner’s game. The chances that I’d order a burger in an actual New York diner are exactly zero percent.

But as far as I can tell, burgers are the reason people come to Kullman’s. So that’s what I got.

A year ago, I had trouble shoving the thing down, partly because of the dry, crumbly bun. But they’ve gotten marginally better, particularly in the bun arena, which would stack up against many an American greasy spoon. The bacon is real bacon, not that gristly European stuff. As German burgers go, they’re probably slightly above average.

This isn’t exactly praise, I know. But you can’t really slam a place for being as middling as the restaurants it’s pretending to be.

Menu: In English and German