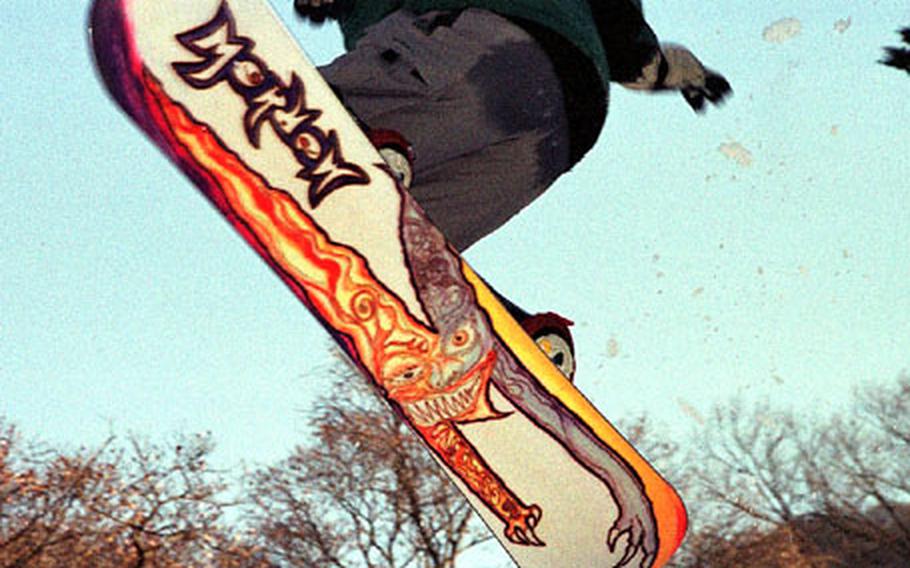 A snowboarder flies through the air at the Karuizawa Prince Ski Resort, about two hours from Tokyo. (Tim Flack / S&S file photo)

A snowboarder flies through the air at the Karuizawa Prince Ski Resort, about two hours from Tokyo. (Tim Flack / S&S file photo) 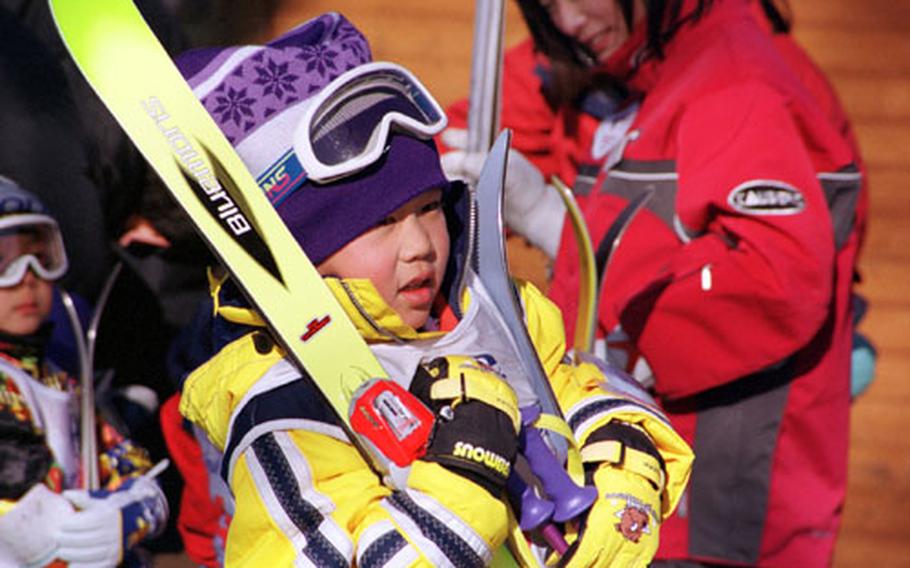 A child struggles to carry his gear to a children’s ski class at the Karuizawa Prince Ski Resort. (Tim Flack / S&S file photo) Skiers break freshly-fallen snow on the slopes of the western Hakkoda Mountains near Aomori, about 50 miles northwest of Misawa Air Base. (S&S file photo) 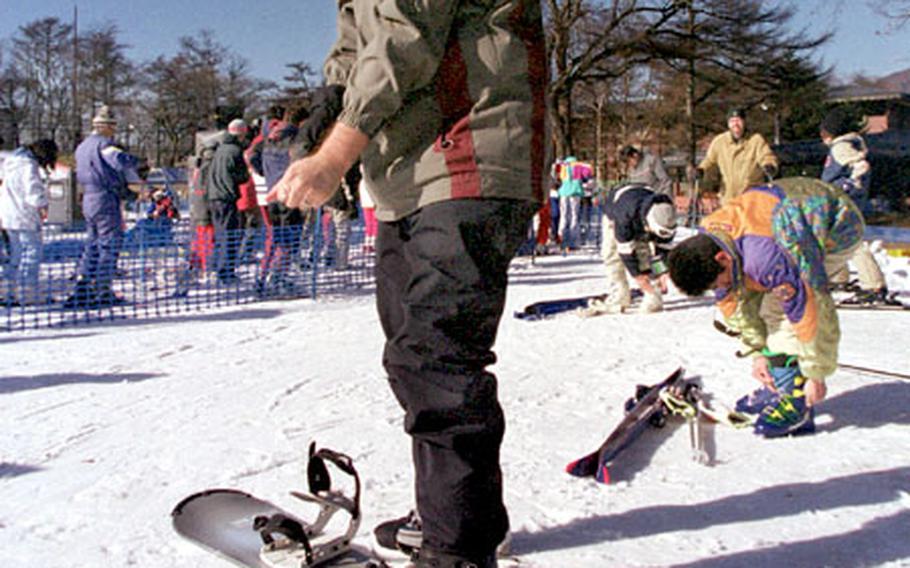 Winter sports enthusiasts in Japan typically have one thing in mind &mdash; hit the slopes of Nagano.

And with 108 resorts in the prefecture where the 1998 Winter Olympics were held, it&rsquo;s easy to see why: Nagano&rsquo;s steep slopes, challenging courses and technical runs test the abilities of any skier or snowboarder.

But folks at U.S. military bases around Japan say those venturing outdoors this season can set their sights on more than 700 recreational areas.

So hit the Olympic-caliber slopes for bragging rights, but officials say you should also check out the powder at Naeba, Iwappara, Mizuho, Appi, Makado and a host of other locations.

Those in the know say the best conditions for skiing and snowboarding occur in January and February.

Nishikawa recommends Naeba, Iwappara Resort and Maiko Korakuen, all in Niigata Prefecture, within a few hours drive of Yokota. The prefecture has 71 winter resorts.

For the more experienced skier, Nishikawa suggested Hakuba and Shiga-Kogen-Yakebitaiyama, both in Nagano Prefecture.

&ldquo;They have huge mountains and big slopes,&rdquo; he said, noting the recreation department has trips planned to both this winter.

The recreation department is also planning a four-day trip to Niseko, on Hokkaido, next month.

Japanese officials say Niseko Hirafu &mdash; Hokkaido&rsquo;s largest ski area with 38 ski lifts and more than 28 miles of slopes &mdash; has some of the finest skiing and snowboarding conditions in the world: fresh powder falls daily, skies are usually clear, and the slopes are not as crowded as others in Japan.

There&rsquo;s more to Hokkaido than just Niseko. The island has 128 ski resorts, the most of any prefecture in the country.

But Misawa-area enthusiasts say you don&rsquo;t need to make a long hike to Hokkaido to enjoy great skiing.

&ldquo;That&rsquo;s easily the most popular spot,&rdquo; Shaw said. &ldquo;The slopes are great and it has diversity &mdash; some hard slopes and some beginner ones.&rdquo;

Appi, located in Iwate Prefecture, is known for its great powder and numerous amenities.

&ldquo;It&rsquo;s just the best,&rdquo; Shaw said, noting Appi is just a few hours away from Misawa Air Base.

In southern Japan, slopes are harder to come by, but Iwakuni Outdoor Recreation Director Bobby Dillard said at least four trips are planned for this season.

&ldquo;The best spot for the money around here is Mizuho,&rdquo; he said. &ldquo;It&rsquo;s comparable to a number of West Coast ski resorts.&rdquo;

For more information on skiing or snowboarding in Japan, log on to www.snowjapan.com or www.misawamogulmashers.com.