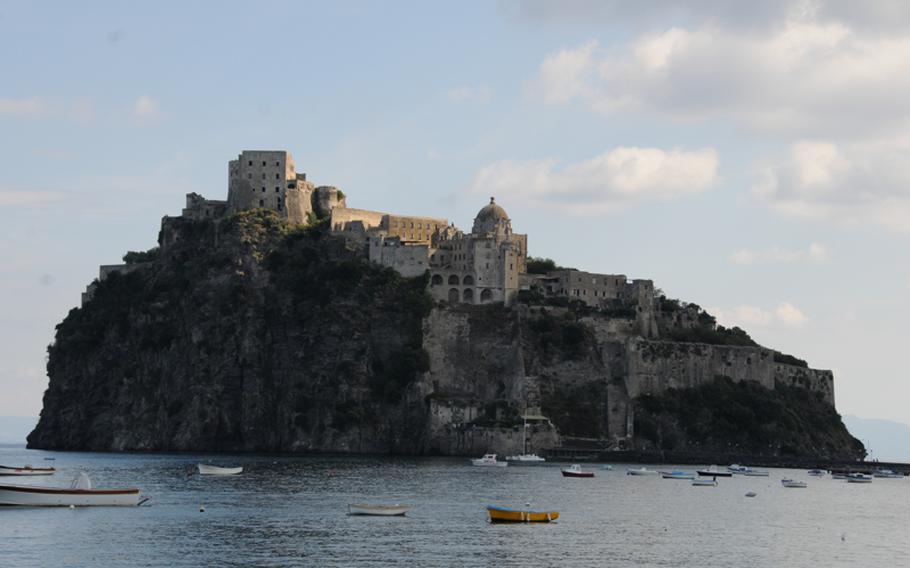 Buy Photo
The sun breaks through the clouds to shine on Aragonese Castle, which was built in 474 B.C. and has served as a fortress, church and now Ischia's most-visited monument. (Sandra Jontz/Stars and Stripes)

Buy Photo
The sun breaks through the clouds to shine on Aragonese Castle, which was built in 474 B.C. and has served as a fortress, church and now Ischia's most-visited monument. (Sandra Jontz/Stars and Stripes) 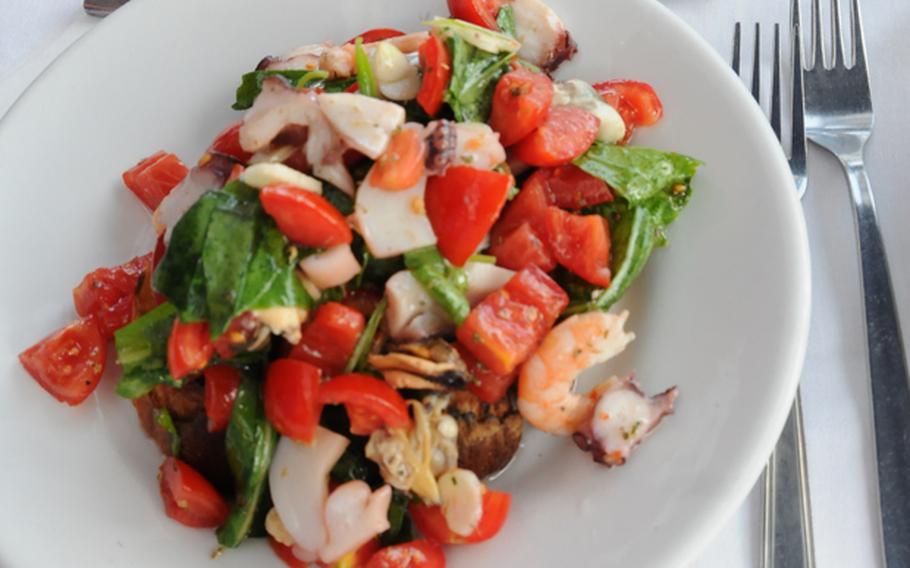 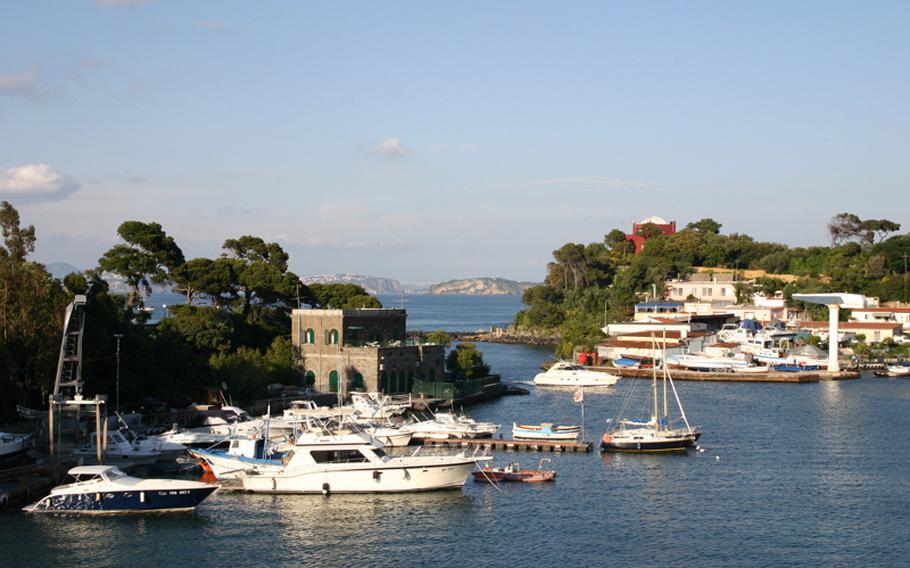 Buy Photo
The island of Ischia offers visitors a multitude of thermal spas, beaches and hot springs, all in a relaxing atmosphere. It is less than an hour from Naples by ferry. (Sandra Jontz/Stars and Stripes) Buy Photo
The good life abounds on the Italian island of Ischia; grab a ferry from Naples. (Geoff Ziezulewicz/Stars and Stripes) There&rsquo;s a saying in the Naples area that the city is like a beautiful woman with dirty feet, so don&rsquo;t look down.

Americans arriving in this region can feel a tad overwhelmed, to say the least. In addition to the language barrier, Napoli is known for its piles of trash and the locals&rsquo; insane driving style. This can make some Americans hate the city, but I think the negatives of living here are countered by the beyond-friendly people, great weather and amazing food.

But if life on the mainland has you feeling as fried as zeppolini, those delicious fried dough balls that some restaurants sell, take a breath, head to your nearest port and hop a ferry to the beautiful island of Ischia. It is the largest of the three islands off the coast of Naples, the others being Procida and Capri, also good escapes from city life.

From downtown Naples, the ride takes less than an hour. Upon disembarking you&rsquo;ll find yourself in another world. The air seems different. The flowers and sun-kissed buildings appear to be smiling. There is a sharp drop in the amount of litter and trash.

Ischia is great for a romantic getaway or just a day at the beach. Hot springs, spas and all types of volcanic minerals abound on the island. Some beaches have naturally occurring hot springs simmering at the edges of the sea. Little impromptu hot tubs have been created out of the rocks, and you can sit back and lounge in the hot water made bearable by incoming waves.

Inland Ischia features mountainous terrain that is perfect for camping or hiking. It even has its own volcano.

For those looking to bop and shop in a prototypical quaint Italian resort town, head to Sant&rsquo;Angelo, which is full of boutiques and handcrafted collectibles.

Not far from there is the town of Forio. Some ferries from the mainland will drop you here and not at the main port, but traveling the island is easy. Taxis and buses everywhere.

The seafood here is beyond amazing as well. Treat yourself to some delicious octopus. It&rsquo;s served simple, with a drizzle of olive oil and a squeeze of lemon.

If you go in through the main Ischia port, you&rsquo;ll be greeted by imposing Aragonese Castle. In the past, the castle was the town, housing nearly 2,000 families, as well as religious orders and churches. It was a refuge for the locals and defense against pirate attacks. It is now a museum.

Ischia&rsquo;s colonized history began when the Greeks arrived in the eighth century B.C. They named it Pithecusa, which means &ldquo;monkey&rdquo; due to the surfeit of monkeys there at the time, according to the website www.italyguides.it.

The Greeks left as the resident volcano was active back then, but the Neapolitans resettled it in 474 B.C., and Ischia&rsquo;s been awesome ever since.

So for those of you overwhelmed by Italian life or in need of a break from on-base routines, check out Ischia for a recharge. Once you get there, it will be impossible to not relax.